How do you feel? Your 'sense of touch' is several different senses rolled into one

Nobel Prize-winning research has revealed the various molecules that help us sense temperature, touch, pain, and even the positioning of our body parts. 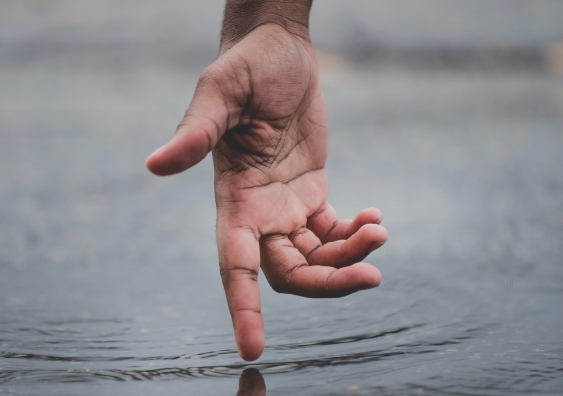 We have more than five senses. What you might think of as your sense of “touch” is actually a range of different sensory pathways that allow you to distinguish various types of mechanical forces, to detect changes in temperature, and to feel pain.

This year’s Nobel Prize in Physiology or Medicine, announced this week, went to US physiologist David Julius and Lebanese-born researcher Ardem Patapoutian, for revealing the mechanisms that underpin these various sensations of touch. So how do these mechanisms work?

Our brains constantly process vast amounts of tactile and thermal information from our environment. As your hand wraps around your coffee cup in the morning, you can sense whether the coffee is too hot, just right for drinking, or has gone cold. You can feel the weight of the cup in your hand and the smoothness of its surface, and sense the positioning of your arm as you move to take a sip.

To make sense of all these stimuli, our bodies need to convert external environmental information into biological signals. This process begins at nerve cell endings in our skin.

On the surface of these nerve cells are specialised molecules called “ion channels” that can open in response to an environmental stimulus, resulting in a localised electrical signal. This signal can then be amplified into an electrical impulse that is transmitted via nerve cells to our brain, where it is interpreted as a sensation. 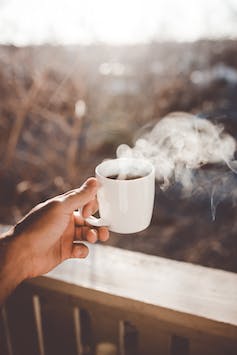 We can sense the heat of a cup of coffee, as well as the position of our arm as we move to take a sip. Clay Banks/Unsplash, CC BY-SA

Julius and Patapoutian made separate and equally significant contributions to our understanding of exactly which types of ion channels can act as sensory receptors.

In 1997, Julius and his team identified the first known receptor for heat, by investigating how cells respond to capsaicin, the chemical that causes the burning sensation when we eat hot chillies.

Their research identified an ion channel known as TRPV1 as the receptor activated by capsaicin. What’s more, they demonstrated this receptor is also activated by high temperatures that we perceive as painful.

Subsequent research has identified other members of the same family of ion channels that are each activated by a distinct temperature range. Thus, to sense different temperatures, our bodies use separate receptors to distinguish between painful or damaging heat or cold, and to sense moderate changes in temperature.

More than two decades later, in 2010, Patapoutian finally identified one of the receptors that responds to mechanical forces, enabling our sense of touch. He and his team identified a receptor molecule that responds to pressure, by using a fine probe to make tiny indentations in laboratory-cultured cells.

They named the ion channel PIEZO1, from the Greek word for pressure. They went on to demonstrate that a second ion channel, PIEZO2, is also required for our nerve cells to sense touch. When the surface of a sensory nerve cell is indented, both these receptor molecules change shape, initiating an electrical impulse.

What’s more, PIEZO2 receptors not only enable a sense of touch but also signal mechanical information from within our bodies. They thus allow us to detect stretching in our limbs so we can control our movement, and signal when our lungs are fully inflated or our bladder is full.

Research is still ongoing to discover whether our nerve cells have other mechanically activated ion channels that help us perceive our environment in other ways.

So when you next take a sip of hot coffee, or feel a cool breeze on your face, imagine those tiny receptor molecules in your nerve endings, working hard to deliver those signals to your brain so you can enjoy the world around you.