Millions of people were evacuated during disasters last year: another rising cost of climate change

As climate change amplifies the frequency and severity of extreme weather events, evacuations are likely to become increasingly common and costly – in human and economic terms. 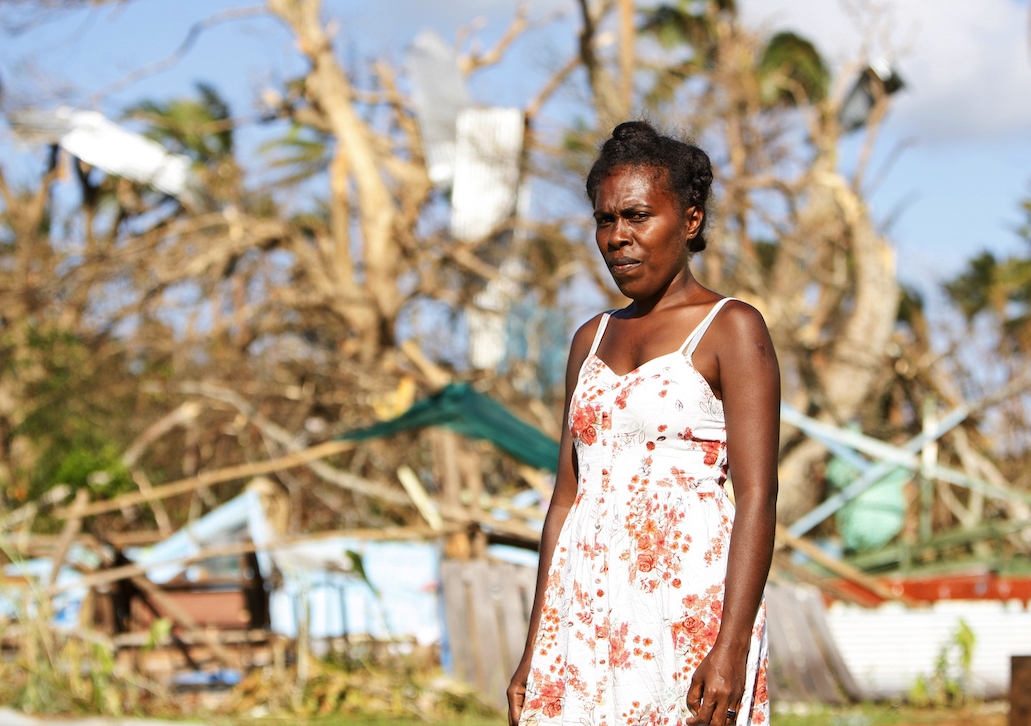 As world leaders prepare for the COP26 climate talks next month, it’s worth recalling a sobering line from the royal commission’s report into the 2019-20 Australian bushfires: “what was unprecedented is now our future”.

The bushfires saw the largest peacetime evacuation of Australians from their homes, with at least 65,000 people displaced. As climate change amplifies the frequency and severity of extreme weather events, evacuations are likely to become increasingly common – and costly – in human and economic terms.

Numbers of displaced people on the rise

Globally, the displacement of people due to the impacts of disasters and climate change is now at a record high.

In 2020, nearly 31 million people were displaced within their own countries because of disasters, at least a third of which resulted from government-led evacuations. And people in poorer countries are six times more likely to be evacuated than those in wealthier countries, according to some estimates.

Already, close to 90 per cent of the world’s refugees come from countries that are the most affected by climate change – and the least able to adapt.

Read more: We can no longer ignore the threats facing the Pacific — we need to support more migration to Australia

Evacuations are an important life-saving emergency response – a temporary measure to move people to safety in the face of imminent harm. Under human rights law, states are obligated to protect people from threats to life, including the adverse effects of disasters and climate change.

At times, this may include an obligation to evacuate people at risk.

However, without careful planning and oversight, evacuations can also constitute arbitrary displacement. They can uproot “significant numbers” of people for prolonged periods of time. And they can expose people to other types of risks and vulnerabilities, and erode human rights.

For example, in 2020, wildfires and flooding exacerbated the existing humanitarian crisis in Syria, prompting the evacuation of thousands of already internally displaced persons who were forced to move yet again.

Too little support after disasters

Unfortunately, the “rescue” paradigm that characterises the way we typically think about evacuations means such risks are too often overlooked. As a result, national responses may fail to appreciate the scale of internal displacement triggered by evacuations, or to identify it at all.

In practice, this may mean there is insufficient support for those who are displaced, and little accountability by the relevant government authorities. Moving people out of harm’s way during a disaster may be one element of an effective government response. Ensuring people can return, safely and with dignity, however, is crucial to economic and social recovery.

Read more: Standing up for climate justice: why it matters for children and future generations

This is particularly prescient given that evacuations can create significant economic and social disruption.

For instance, the cost of a year’s temporary housing for Australia’s 2019–20 bushfire evacuees amounted to A$60–72 million. Each day of lost work cost A$705 per person.

Such costs are amplified in the Asia-Pacific region, which accounted for 80 per cent of global disaster-related displacement from 2008–18.

Small island states are particularly affected by disasters and the impacts of climate change. For instance, large proportions of Vanuatu’s population were displaced by Cyclone Pam in 2015 and by Cyclone Harold just five years later.

According to a UN forecast, such countries could face average annual disaster-related losses equivalent to nearly 4 per cent of their GDPs. The impact on the long-term prosperity, stability and security of individuals and communities cannot be overstated.

The point is that with greater investment in disaster risk reduction and planning, many of these outcomes could be avoided.

Currently, the amount of money allocated in development assistance to prepare for disaster risks is “miniscule” compared to aid funding for post-disaster responses.

This is clearly is the wrong way around – especially when the UN Office for Disaster Risk Reduction estimates each dollar spent on preparation could have a 60-fold return.

What leaders at COP26 need to do

The ABC television’s miniseries Fires shows that people’s decisions about whether to stay or go in an emergency are not simple. People are influenced not only by their perceptions of the risk of harm, but also by the desire to protect relatives, property and animals, or a belief that they can withstand the disaster.

Well-planned, evidence-based strategies are important when an emergency requires rapid decision-making, often in changing conditions and with limited resources to hand. If lines of authority are unclear, or there is insufficient attention to detail during the planning process, evacuation efforts may be hampered further, putting lives and property at greater risk.

Read more: Rising seas will displace millions of people – and Australia must be ready

It is essential for policymakers to recognise that a government’s “life-saving” response to a disaster, such as an evacuation, can itself generate significant human and financial costs. Governments need to incorporate principles from human rights law into their response plans to help protect people from foreseeable risks and to enhance their rights, well-being and recovery.

Climate change is only going to exacerbate increasingly extreme weather events that force people from their homes. At next month’s climate talks, leaders must agree on climate change mitigation targets and adaptation policies that avert the need to evacuate people in the first place.

However, achieving change on the ground will require a far more linked-up and integrated approach to climate change, disaster risk reduction, sustainable development and mobility. This includes systematically implementing the recommendations not only of the Paris Agreement, but other international agreements focused on these goals.

The Kaldor Centre for International Refugee Law at UNSW is holding a conference this week bringing together experts to share evidence, experiences and solutions for people at risk of displacement in due to climate change and disasters. A schedule of events and more information can be found here.