Alec Baldwin: was it criminal negligence in the workplace?

Homicide law and ballistics experts discuss why the accident on the set of the film ‘Rust’ is an urgent call for action for tighter safety protocols in Hollywood. 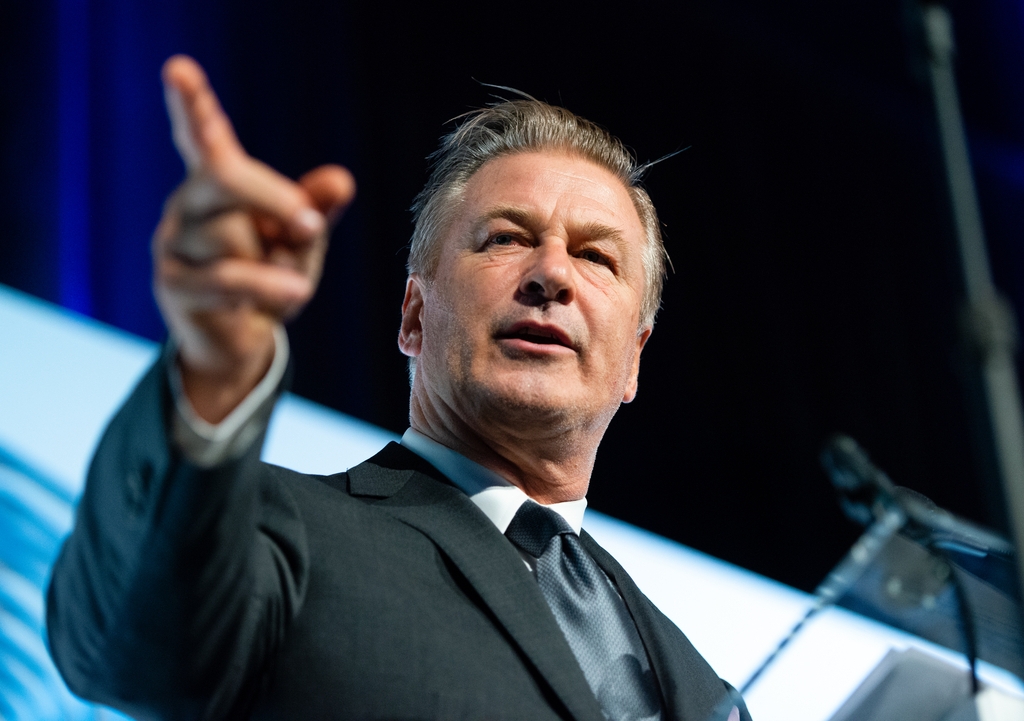 A few weeks since the fatal shooting on the set of ‘Rust’, Alec Baldwin is now being sued for negligence by various members of his staff including the head electrician and the script supervisor.

The media reported many allegations of production budget cuts and staff members leaving the set due to unsatisfactory conditions provided. Numerous reports have also indicated that Baldwin’s stunt double fired a prop gun with live ammunition after being told it was ‘cold’ – meaning not loaded with live ammunition – only five days prior to the fatal accident.

As a producer of the movie and the person who discharged the gun that accidentally killed cinematographer Halyna Hutchins, it is likely that Baldwin will face more lawsuits.

But is this enough evidence to establish criminal negligence in the workplace? Homicide law expert Ms Helen Gibbon, a long-time lecturer in criminology and criminal law at UNSW Sydney's faculty of Law & Justice, says it depends on a number of factors.

If proven negligent, will producers be facing corporate charges or jail time?

“Establishing criminal liability for corporations can be difficult and occurs rarely. Workplace injuries and death are usually dealt with in the civil system or through occupational health and safety regulation,” Ms Gibbon says.

“Therefore, reports that live rounds had already been inadvertently fired on the set and reported to management but not dealt with may aggregate to criminal negligence. It will depend on who knew of any prop safety concerns that were raised,” Ms Gibbon says.

So, although the criminal law attempts to criminalise corporations it is much better suited to establishing individual culpability. Also, the laws in New Mexico might differ.

“Whether any individual or group within the production company are held to be criminally liable for the death depends on the particular laws in New Mexico,” Ms Gibbon says.

“At the very least, this was negligence in the workplace and the production company may be held liable under civil law for the death of Halyna Hutchins and the injury caused to Joel Souza.”

If this is the case, the production company is likely to settle any civil lawsuits.

Can Alec Baldwin still be charged with manslaughter if he was told it was a ‘cold gun’?

Despite the armourer and the props master both saying that the gun didn’t contain live ammunition, Baldwin might still be charged with criminal negligence manslaughter, Ms Gibbon says.

The test for criminal negligence manslaughter by lawful act in New Mexico is whether the accused person caused the victim’s death “without due caution and circumspection”, she says.

This term has been held by US courts to be the equivalent of “criminal negligence” where the negligence is “aggravated, culpable, gross, or reckless and] the conduct of the accused [was] such a departure from what would be the conduct of an ordinarily prudent or careful man under the same circumstances as to be incompatible with a proper regard for human life”.

“So, essentially, the question for a jury would be whether a reasonable actor with the knowledge and expertise of Alec Baldwin would have checked to see if the gun contained live ammunition or whether they would simply take the props master’s word for it,” Ms Gibbon says.

“Juries may differ in their views on what a “reasonable” or “ordinarily prudent or careful” person in the same circumstances would have done. But the criminal standard of proof is high: beyond all reasonable doubt. It is unlikely a prosecutor would see an indictment against Baldwin as having a reasonable prospect of conviction,” Ms Gibbon says.

There are two broad categories of manslaughter in NSW, which is similar across common law jurisdictions.

“Voluntary manslaughter is where the accused person intended to kill or seriously injury the victim or was reckless as to causing their death, but their liability for the killing is reduced from murder to manslaughter on account of a “defence” such as extreme provocation, excessive self-defence,” Ms Gibbon says.

“On the other hand, involuntary manslaughter is where the accused causes the victim’s death without that state of mind, that is, without intention or recklessness.”

“This means that it is very unlikely that Alec Baldwin is charged with the other form of involuntary manslaughter in New Mexico, i.e. causing death in the commission of an unlawful act not amounting to a felony.

“The pointing of the firearm towards the victims was done for a lawful purpose (i.e., acting) and not for an unlawful purpose (to threaten or intimidate, for example). In other words, Baldwin lacked the mental state for any crime,” Ms Gibbon says.

Which brings along the question: Why the need to use real firearms if they carry such risks?

“Real firearms with blank or dummy rounds are attractive to Hollywood as they give a sense of reality and authenticity without the risk – usually. However, prior to the accident on the set of ‘Rust’, there were two incidents on film sets that famously resulted in the deaths of actors Brandon Lee and Jon-Erik Hexum,” says impact dynamics and ballistics expert, Professor Paul Hazell, UNSW Canberra.

“One would have hoped that Hollywood would have tightened up its safety protocols in this regard and introduced strict training for actors and crew,” he says.

How similar are real bullets to dummies?

Hannah Gutierrez, the armourer hired for the movie, reportedly said that the ammunition box only contained dummy rounds that were incapable of firing. But can real bullets be easily mistaken for dummies?

“Dummy rounds do look similar to real or 'live' rounds so it is possible to mistake them with an untrained eye. They need to look realistic as they are used to film actors loading the gun and need to convey a sense of reality for close-up shots,” Prof. Hazell says.

“Normally, there would be two distinguishing features: the primer cap – that would either be removed or dimpled, and the absence of propellant that would change the mass and noise when the cartridge was shaken.”

But in this case, it is very clear this was a live round that was fired as a 'lead projectile' was removed from the director's shoulder.

Can ‘blanks’ cause the same damage?

It is important to note that dummy rounds are different to ‘blank’ cartridges, Prof. Hazell says.

“Blank cartridges are identical to real cartridges except that they do not have a projectile. Instead, the propellant is usually 'capped off' with a wad of paper, cardboard or wax.

When the trigger is pulled, the hammer hits a primer cap, and the propellant reacts violently giving a realistic noise and sense of recoil and so on. However, as there is no bullet present no solid projectile leaves the barrel – just the propellant gases and left-over debris from the wad.”

However, blank rounds can be lethal at close range.

“If you are too close to the end of the muzzle when the gun is fired (i.e., within 60 centimetres or so) there is a risk of serious injury and even death,” he says.

Sadly, that is what happened to actor Jon-Erik Hexum in 1984, who during a time of boredom decided to fire a blank cartridge at close range at his head.

“The propellant gases and the remains of a wad that capped off that blank cartridge, impacted his head, fractured his skull and the explosive force drove bone fragments into his brain. He died several days later,” Prof. Hazell says.

A similar incident happened in Australia in 2017 when Johann Ofner was fatally shot at close range while filming a music video. In this case, the offending weapon was a sawn-off, 12-gauge shotgun carrying blank rounds. What should be the norm when it comes to safety protocols around guns?

“If you are using a gun, you are ultimately responsible for it,” Prof. Hazell says.

“Clearly, whatever the outcome of the various investigations, one fact is clear: there was complacency with health and safety. Even though the gun has been loosely described as a 'prop gun', it was a fully functioning firearm,” Prof. Hazell says.

Prof. Hazell’s new book titled The Story of the Gun: History, science and Impact on society is now available.