Discover how Luther Poier made a complete career shift from a naval officer to venture capitalist – and how he’s giving back to the AGSM’s current students. 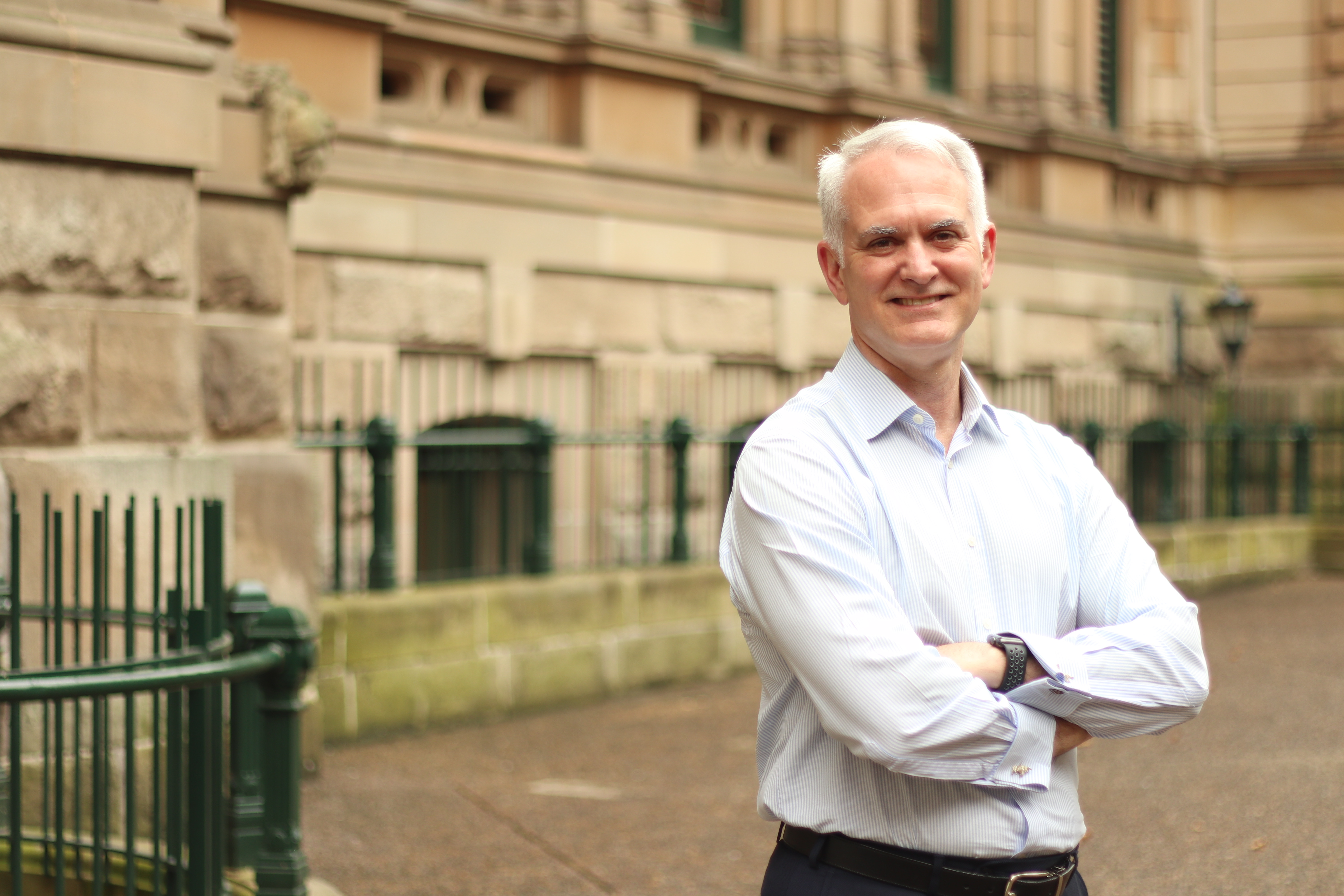 After building a 15-year career in the Royal Canadian Navy and the Royal Australian Navy as a Navigator and Warfare Officer, Luther Poier felt it was time to spend less time at sea and more time with his growing family.

“I'm originally from Canada. So, I always say that I'm Canadian by birth, Australian by choice. And we joke that I liked the navy so much, I joined it twice,” Luther says.

“When our first child was on the way, I decided it was time to leave the navy. Because I had no experience in business, I figured an AGSM @ UNSW Business School MBA was the best avenue to set myself up for that change.” 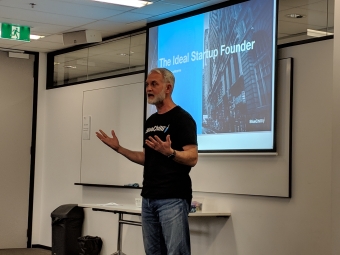 Now the Managing Director of one of Australia’s original, and now largest, start-up accelerators, BlueChilli, Luther thrives on supporting young leaders at work. He also brings this passion for sharing his experience through the AGSM global alumni network, participating in mentorship programs and speaking to students as they navigate the life changing experience that is an AGSM MBA.

“As an immigrant, even one from a privileged country like Canada, it’s always difficult to forge a new career or path when you don't have the benefit of a community around you. I found that community and friendships at AGSM,” Luther says.

“When I was doing my MBA, I would’ve loved to have had a beer with someone in my situation – later in life career change, juggling family, work and study, trying to figure out the next role and the best path for me.”

“Now by being actively involved with current AGSM students, I believe I can help someone in a similar situation and also in a way give a silent thank you to those who supported and helped me.”

Plotting a course for entering the world of start-ups

Launching into finance and banking while studying the AGSM MBA (Executive) program, Luther worked at large firms including N.M. Rothschild & Sons, ABN AMRO, , Macquarie and CBA, where he shifted from investment banking to private wealth management. He started meeting a lot of entrepreneurs, who he helped manage their wealth in different ways.

“I thought very differently to all the other wealth managers who'd been financial advisors and had worked their way up from their mid-20s, so I came from very left field to most problems. In a lot of ways this has always been a plus for me,” Luther says.
“I always come at things from the flank as we say in the military because, like with the MBA, my entry point is always a bit radical.”

Launching a few of his own start-ups between his roles with big banks lead Luther to a new opportunity, with a friend that was also going through a similar career transition as the one he did a few years ago.

“I was talking to my friend Sebastien Eckersley-Maslin who was starting a company that helps to launch other tech start-ups: BlueChilli. I was one of the first investors in the company, and early on I was a mentor to Sebastien, as he was also coming straight out of the navy with no experience.” 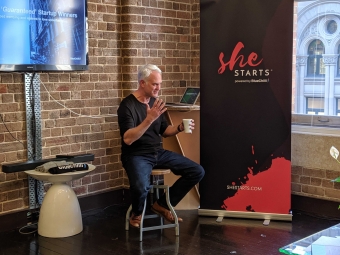 Over the years, Luther became more invested in the business, and is now Managing Director and Head of Venture Capital at BlueChilli, sitting at the forefront of the Sydney technology start-up scene and helping other founders with limited tech experience grow and scale their businesses.

BlueChilli accelerator programs include; SheStarts Australia’s only venture-backed start-up program designed to help women entrepreneurs build big tech businesses; Future Minds for later-stage start-ups passionate about preparing young Australians for the future of work; and a number of other corporate programs which bring together start-ups and local corporates to collaborate on innovations that will solve problems for the corporates or their customers.

Luther says the start-up scene fits those with a military background, because disruption and adapting on the fly is ingrained in you. Holding an executive and highly technical position in the Navy, Luther had experience with managing people and working under pressure. But initially he didn’t have experience applying these skills in a professional business environment.

“The reason why there's so many military people who dominate the technology and start-up world is because the military is the only organisation in the world I think that really understands the fluidity of operations,” he says.

“The speed of change and disruption has always been integral to the military. So I think the skills I learned in that sense really held me in good stead.”

He says the AGSM MBA was crucial to providing fundamental business skills that formed the building blocks for his new career.

“Leaving the Navy was probably harder for me than the cultural shift of moving from Canada to Australia. It was difficult and I was pretty unprepared,” Luther says.

“The MBA really gave me a whole bunch of skills that I didn't have. Because I was getting into the business world a little later in life, I saw so many things as if I were a kid. I didn't have all those layers of familiarity that you get, if you're somebody who goes to work at a bank when you're 19. I have to say I did kind of envy them.”

“AGSM was fundamental in helping me with that transition. And I think it would be the same for many people who are making a career change, whether you're going from a creative to a business pursuit or something like what I was doing – there's huge value in that.”

Being part of the AGSM community 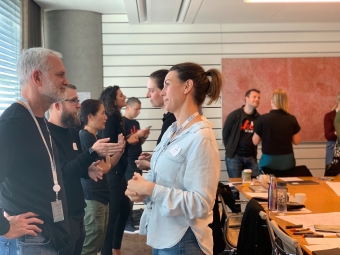 Since completing his AGSM MBA (Executive) in 2005, Luther has stayed connected to AGSM through being an active alumni member. With his experience in the start-up scene and complete career shift, Luther shares his knowledge with current students through presentations and mentoring.

“Recently I gave a Zoom presentation on venture capital, investing in the start-up ecosystem and how to get involved and make it your prime activity. Afterward, I shared a booking link to my personal calendar with the class and Rachel Guest from the AGSM Careers team for any students that wanted to chat about the ecosystem presentation or just life after the MBA in general,” Luther says.

“I had several students take up the offer and have had some great conversations, making a few new friends in the process. Hopefully, they got some sage advice out of it too.”

Luther also spent time on the AGSM Alumni Advisory Board, which he said was both fun and useful, providing a sense of community that helped him settle into the next phase of his professional life.

“I made a number of friends on the board, and it certainly gave me a new appreciation of how hardworking, focussed and invested the Alumni team are at AGSM,” he says.

“As the world of work continues to become more global, I have always thought that promoting and supporting the lifelong contribution AGSM can make to our careers and personal development was important and worth being part of.”