I'm moving into an apartment block. Can I keep my pet?

Strata law and tenancy law experts explain how the end of the blanket ban on pets in strata affects pet ownership. 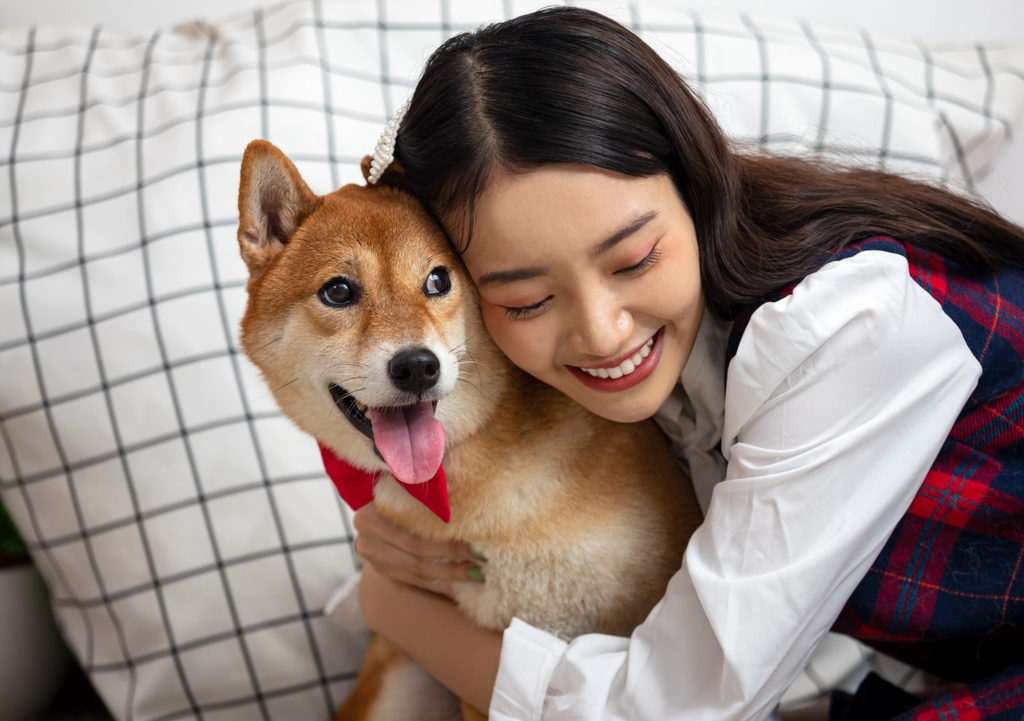 That was until the recent pet reform in NSW removed a blanket ban on pets in strata schemes.

After a five-year legal battle with the owners corporation of her apartment, dog owner Jo Cooper won the landmark court case to allow NSW apartment owners to keep their pets.

The NSW Supreme Court of Appeal has deemed the blanket ban on pets as “harsh, unconscionable or oppressive”.

This change in the law means that any strata by-law that places a ban on pets is from now on invalid and in breach of the NSW strata schemes legislation.

“Pet owners can no longer be banned from bringing their animals to live in an apartment that they own. The Court of Appeal has made that clear,” Associate Professor Cathy Sherry says.

Can an owners corporation still restrict pet ownership despite the removal of the blanket ban?

After the Court of Appeal decision, the government passed a new strata regulation that defines the circumstances in which a building might still be able to prohibit a pet.

The bar is set quite high, says A/Prof. Sherry. According to the new regulation, an owners corporation can only prohibit a resident from keeping an animal if the pet has caused problems in the scheme by persistently making a noise, repeatedly damaging common property, running at or menacing people, or through 'infestation' or 'infection'.

This means that not liking or even being allergic to a neighbour’s pet is no grounds for a pet ban.

Strata schemes have also never been able to guarantee an animal-free environment for residents because they are not allowed to ban assistance animals, A/Prof. Sherry says.

But do residents still need to disclose that they have a pet when moving into an apartment?

The answer is probably yes. Schemes are still able to pass by-laws requiring people to notify the owners corporation of the fact that they have an animal.

The pet ban lift means that owners corporations can no longer pre-emptively ban all animals, types, or sizes of animals, says A/Prof. Sherry. 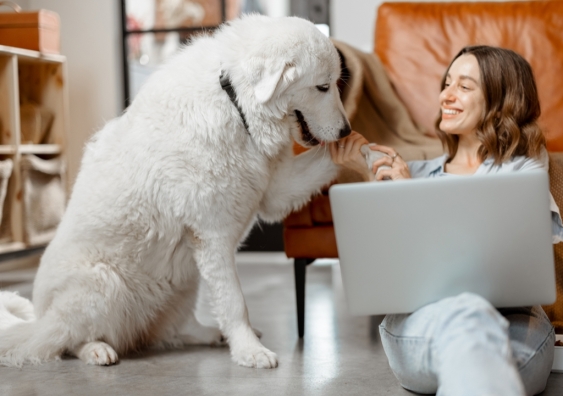 For example, dogs over 10 kg have often been prohibited by many strata schemes on the assumption that it is cruel to keep large dogs in apartments. Photo: Shutterstock

“No one can keep a cow or lion of course, because these animals are prohibited by legislation that governs all property owners, not just apartment owners. You can’t keep a cow or a lion anywhere in Sydney,” A/Prof. Sherry says.

However, it is important to note that owners corporations have always had the power to seek orders for the removal of problematic animals.

“The implementation of the new strata regulation will force owners corporations to rely on this power instead of banning all animals or particular kinds of animals, irrespective of the behaviour of individual animals.”

How about renters? Do they still face barriers to pet ownership?

Research has shown that 13 per cent of Australian households live in apartments and that one in five Australians are currently living in strata-titled properties such as apartments, townhouses, detached housing and villas.

“The great frustration with this reform is that it recognises the rights and interests of people living in strata schemes having a pet, but only when those people are owners,” Dr Martin says.

“It’s great if you’re an owner, in that strata schemes cannot implement a by-law that prevents you from keeping an animal. But for the person next door renting, it is still their landlord who decides if that person is allowed to have a pet,” he says. 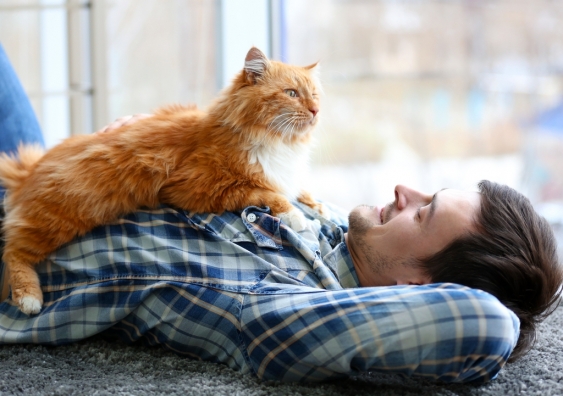 Changes to strata by-laws therefore have no impact on renters. It’s still up to landlords whether they allow tenants to have pets or not. Photo: Shutterstock.

“Renters are in a different position because they are bound by leases as well as strata by-laws. So, changes to strata by-laws have no effect on the power of landlords to prohibit tenants keeping an animal in the property. However, landlords cannot prevent a tenant from keeping an assistance animal,” A/Prof. Sherry says.

This means that if you are a tenant in NSW, your residential tenancy agreement with your landlord can still include a term that prohibits you from keeping a pet.

“Furthermore, if you were to ask your landlord for permission to keep a pet, your landlord is entitled to reject that out of hand without question, unreasonably,” Dr Martin says.

Other jurisdictions such as Victoria, ACT and Queensland have passed legislation that removes blanket bans on keeping pets for tenants. This means tenants still need to ask their landlords for permission to keep a pet, but they cannot be declined unreasonably.

“NSW, like these other states, should change the law to allow tenants to keep pets and to stop landlords from unreasonably withholding permissions,” Dr Martin says.

Even if a landlord allows a tenant to keep a pet, there could also be concerns about landlords increasing the rent rate or requesting additional ‘pet bond’.

“Pet bonds are actually illegal in NSW. Landlords already take bonds from tenants, which must be lodged with the Rental Bond Board. Landlords can use these to cover any damage done by a tenant's pet. They are not entitled to take additional bond money,” A/Prof. Sherry says.

“Most landlords will not need an excuse to increase the rent, regardless of whether you’re asking for a pet,” Dr Martin says. “We need to be looking critically at strengthening the laws we have around rent increases to protect tenants against that imbalance of power between landlords and tenants.”

Dr Martin says a fundamental change in the law is needed to make any pet rental reform effective.

“Reforms need to go further to ensure landlords cannot unreasonably terminate tenancies without grounds, including at the end of fixed terms, because that undermines every other tenancy right, whether that’s pets, getting repairs done, or challenging a rent increase,” he says. 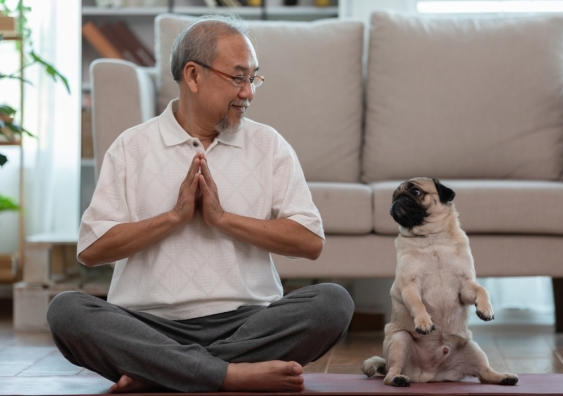 “When the law still allows tenancies to be terminated without grounds, it weakens those laws that make greater provisions for tenants to keep pets,” Dr Chris Martin says. Photo: Shutterstock

“Even in NSW, if keeping a pet cannot unreasonably be knocked back, the landlord can still turn around and give a termination notice without grounds.

“Having stronger protections for tenants’ security is necessary, and getting rid of no grounds terminations, including at the end of fixed terms, is something that all jurisdictions should be doing.”

Why the need for by-laws?

“Residents of strata title properties are regulated not only by public law, but also by privately written by-laws,” A/Prof. Sherry says.

“By-laws are initially created by developers and can be amended by the apartment owners. They govern collectively-owned common property, but also individually-owned homes.”

Owners corporations can control the behaviour of homeowners, tenants and even visitors through by-laws. This includes the way that residents use common property such as lifts and hallways, as well as their own private property.  For example, by-laws can mandate a particular colour for blinds or whether washing can be dried on balconies.

However, there are risks with privately written by-laws, says A/Prof. Sherry.

“There is very little limit on the content of by-laws. Parliaments have assumed that if people voluntarily agree to by-laws, they are valid. However, hundreds of years of land law history tell us that when left to their own devices, landowners can agree to rules that are harmful to subsequent owners, the broader community and even themselves,” she says.

Examples include racially restrictive covenants that limited the occupancy of land to Caucasians in the United States throughout the 20th century – to the detriment of individual Americans and American society.

“In Australia, the harmful effects of rules that might be included in strata by-laws have not been sufficiently considered,” A/Prof. Sherry says.

For example, could an owners corporation require religious dress on common property if a majority of people are devout? Can it legally require all residents to prove they are fully vaccinated against COVID-19 before using common facilities such as the gym or the sauna?

“The answer to these questions is unclear, but they highlight the fact that by-laws are not a simple matter. We need public oversight, through legislation and judicial decision-making, to ensure that by-laws agreed by the majority are not harmful to residents and the wider community,” A/Prof. Sherry says.