La Niña has been declared. Why should we care?

With La Niña prolonging the wet season, there is an increased risk of flooding along the north, east and southeast regions. 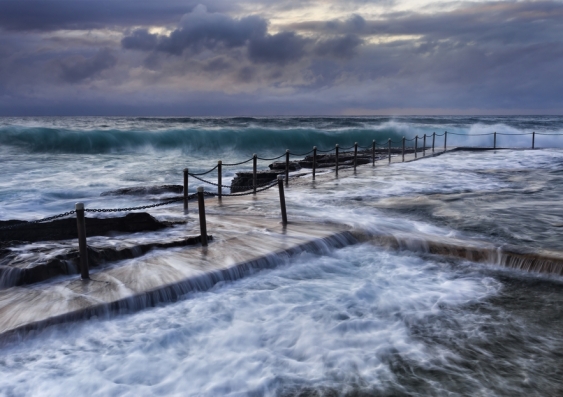 The Australian Bureau of Meteorology has just declared a La Niña in the tropical Pacific.

But what is a La Niña?

La Niña is part of a natural phenomenon called the El Niño Southern Oscillation (ENSO) that develops in the tropical Pacific.

During a La Niña event, the sea surface in the central Pacific is cooler than average, and the water closer to Australia warmer than usual.

The warm temperatures in the west Pacific and cool in the east intensify the trade winds which blow from South America to Indonesia.

These equatorial winds pile up warm water towards Australia, allowing cool water to upwell from the subsurface in the eastern Pacific.

The opposite generally occurs for El Niño, the warm phase of ENSO.  The tropical Pacific swings from La Niña to El Niño in a cycle that happens every 3 to 7 years.

You may recall that we had a La Niña at the end of last year.

Typically, La Niña and El Niño develop during the Southern Hemisphere spring, mature at the end of the year in summer, and decay away in autumn.

NSW and QLD experienced heavy rain in March this year at the end of the 2020 La Niña event.

It is quite common that La Niña occurs two years in a row, a case that we are seeing now.

This is because the equatorial Pacific cools rapidly following an El Niño due to the intense air-sea interactions that act to dissipate the warm El Niño condition.

For La Niña, the heat accumulation and the associated air-sea interactions tend to be more sluggish, allowing for another cold event to develop.

What is in store for summer?

La Niña events are generally associated with wet weather in large parts of Australia, particularly in the north, east and southeast regions.

The warm sea surface north and northeast of Australia tends to increase moisture, produce clouds and rainfall to Australia.

The wet weather in east Australia has been lingering since winter. 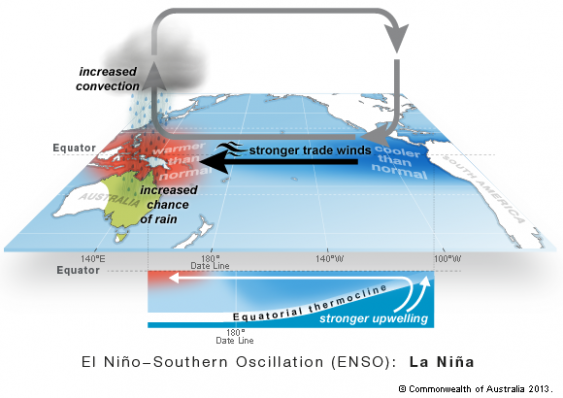 Schematic of La Niña shows a cooler Pacific, stronger trade winds, and warmer than normal water north of Australia increases convection and the chances for rain in Australia. Graphic: Australian Bureau of Meteorology.

After the 2020 La Niña, a negative Indian Ocean Dipole (IOD) developed during winter and contributed to the wet spring season.

This pattern tends to enhance rainfall for the southern and south-eastern parts of Australia.

However, the negative IOD has weakened in the past two weeks and is now back to neutral conditions.

While the IOD will not directly affect the next season, it might have helped keep the soil wet and streamflows high since winter and spring.

With La Niña prolonging the wet season, the risk of flooding risk is increased.

Another contributor is the Southern Annular Mode (SAM) which has been in its positive phase since mid-October.

The SAM is a shift in the location of storm track in the mid-latitudes.

While a positive SAM means that storms are shifted poleward, it also enhances onshore winds to east Australia and thus is generally associated with increased rainfall in the east and southeast during spring and summer.

So, this year we experienced a combination of climate phenomena that are conducive to extreme rain over large parts of Australia.

What about the future?

Climate models are a useful tool to understand the processes behind climate variability and climate change.

Most climate models that represent ENSO characteristics well project an increase in the frequency of extreme El Niño and extreme La Niña events.

This suggests that under greenhouse warming, we will see more often appearances of strong La Niña events and potentially increased rainfall in the future.