This is the first study to compare the cardiovascular safety of two popular quit smoking medicines. 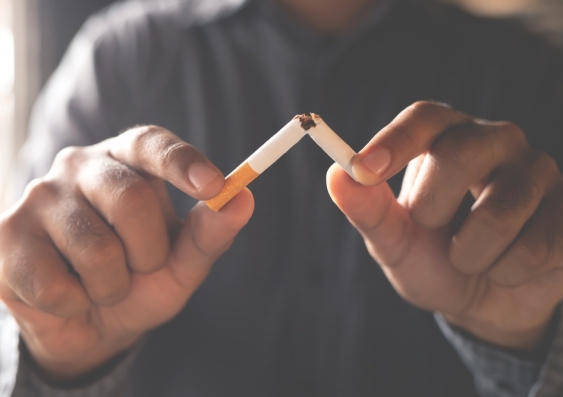 The study has implications for clinical practice and, in the long term, could contribute to lower smoking rates.

The research team used data of just over 200,000 Australians in NSW who were using either of the two most popular quit smoking medicines between 2011 and 2015.

“We did this study because there have previously been some concerns about the cardiovascular safety of quit smoking medicines,” says lead author Dr Alys Havard from UNSW Sydney’s National Drug and Alcohol Research Centre (NDARC) and the Centre for Big Data Research in Health.

“It’s now generally accepted that if there is any cardiovascular risk associated with the use of quit smoking medicines, it's outweighed by benefits of quitting smoking. So really, these medicines should be offered to anyone who wants to quit. But even so, it's helpful for prescribers to know whether one is safer than another so they can minimise risk to their patients.”

In this study, the researchers compared the risk of major cardiovascular events in people who were using varenicline with people who chose nicotine replacement therapy (NRT) patches.

“We found that there was no difference between varenicline and NRT in terms of major events like heart attacks and stroke,” Dr Havard says.

“The risk of death from cardiovascular causes was actually slightly reduced among people using varenicline compared to those using NRT – albeit small in absolute magnitude (1.5 fewer cardiovascular deaths per 1000 person years).

“We know that varenicline is the most effective of the smoking pharmacotherapies – so our results suggest that prescribers can choose that one over nicotine and not worry about increasing patients' risk of major cardiovascular outcomes.”

This is the first time that varenicline and NRT have been compared in terms of cardiovascular outcomes while patients were using therapy.

“Researchers have looked at longer term effects in other studies, but that's not so much about safety – that’s more about whether the medicine helped someone to quit, and then what kind of health outcomes you have from that,” Dr Havard says.

Dr Havard says there have been concerns about varenicline having psychiatric side effects.

“But other evidence has pretty much put that to bed now. There have been a number of trials and similar work to this using routinely collected data sets that show that varenicline doesn't increase the risk of psychiatric side effects. But I think that's always meant that people have thought of it as not the safest option.

“With nicotine, it's seen as just a replacement for the smoking – there’s this perception that if anything, you're taking away some of the toxins that are associated with smoking, so it's always been thought to be quite safe in comparison.

“So it's interesting to see that actually, varenicline is no worse, and in some cases may be better for some outcomes.”

Dr Havard says while they tried to account for every possible factor you could measure in the healthcare data that informed the study – pharmaceutical dispensing, hospital and death records – there were some unknown factors they weren’t able to include.

“This study was based on data that are collected through healthcare interactions. So we knew everything about what medicines the people in our study were prescribed, and what diagnoses they'd had in their hospital admissions – and could therefore control for these factors.

“One key thing we're missing is data on how much they smoke, which might influence cardiovascular outcomes. Obviously, all people in our study smoked to a level that meant they were struggling to quit, and they want a medicine to help them with that. So we think they're fairly similar in that sense.”

Another limitation worth highlighting is that the team used data relating to prescribed medicines only.

“There are other nicotine replacement therapies available over the counter. We didn’t have data on those – so it's possible that people in either the varenicline group or nicotine group were also using nicotine purchased over the counter. I don't think it will change the conclusions, though,” Dr Havard says.

Dr Havard says clinicians always need to consider several things when they prescribe, and it won't just be cardiovascular safety.

“But there are a number of clinical guidelines out there, and if this evidence could be incorporated into those so that prescribers now know that in terms of cardiovascular safety varenicline stacks up pretty well, that would be useful,” she says.

She says the research might also have positive effects on quit smoking efforts.

“Because we already know varenicline is the most effective, if it is prescribed in preference to nicotine, then ultimately, that's going to improve smoking cessation, and fewer people will be smoking.”

Smoking remains among the leading preventable causes of morbidity and premature mortality, accounting for 6.4 million deaths worldwide in 2015.

Dr Havard’s next step is to look at how varenicline and nicotine compare in terms of reducing longer term cardiovascular effects through being effective quit smoking aids.