Victoria’s controversial pandemic bill: Six ways for the government to show it is serious about scrutiny

With Victoria’s parliament expected to vote on the bill this week, four legal experts recommend ways to make it better. 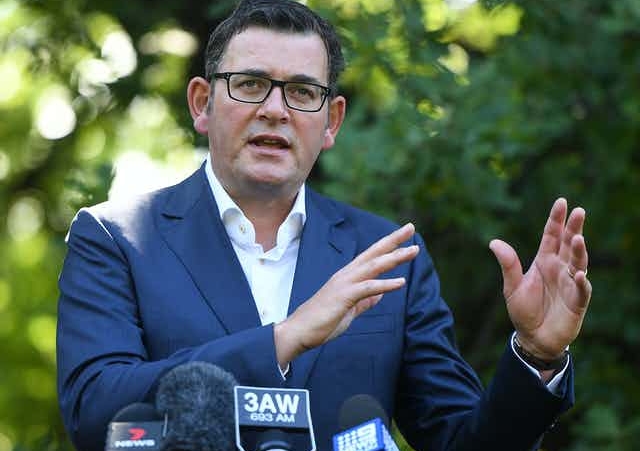 Victoria’s Pandemic Management Bill, designed to replace the current state of emergency powers in pandemic emergencies, has swiftly become one of the state’s most polarising pieces of legislation.

Amid the politics, public fear-mongering and death threats, there appears to be a growing consensus among lawyers the bill would bring positive changes to the way emergency powers have been exercised during the COVID pandemic. Still, it needs improvement.

Public law academics, the Centre for Public Integrity, the Human Rights Law Centre, the Law Institute of Victoria, Liberty Victoria, and a growing number of barristers are calling for key amendments to the bill, as well as an independent review of the law a year after its enactment.

The government’s powers rapidly expanded during the COVID pandemic. Here are six amendments to the pandemic bill we think the government must adopt to ensure these powers are used in a fair and accountable manner.

A fundamental democratic principle in Australia - called responsible government - is the ability of parliament to hold the executive branch (the premier and other ministers) to account. Parliament does this by asking questions, requiring documents to be released, and reporting on the government’s actions to the public.

Already, the bill includes stronger mechanisms to ensure parliament can hold the premier and health minister accountable during pandemic emergencies. For instance, it calls for the Scrutiny of Acts and Regulations Committee (otherwise known as SARC) to review the legality of public health directions, including their compatibility with the Victorian human rights charter.

However, the bill risks using the SARC to create a veneer of scrutiny only. As the Victorian Bar has argued, amendments are needed to ensure the SARC has the powers and time to conduct those reviews effectively.

Read more: What history can teach us about pandemic management

The bill should also follow emerging global best practice and create a specialised cross-party parliamentary committee that would immediately start operating when a pandemic declaration is put into effect.

This already exists at the federal level with the Senate Select Committee on COVID-19, which reviews the Commonwealth government’s actions in response to the pandemic. New Zealand also created a cross-party Epidemic Response Committee that reviews that government’s pandemic-related responses.

This kind of committee would have broader oversight powers of the executive and, therefore, work in conjunction with the more detailed reviews carried out by the SARC.

The pandemic bill creates an expert committee (including public health, law, and Indigenous rights experts) to provide advice to the health minister. However, there is little guarantee this committee would be independent from the minister, or that it would have the resources and powers it needs to do its job.

A merits-based appointment process should be introduced to guarantee the independence and calibre of the committee. It must include public lawyers and have a mandate to provide advice to the government on whether certain measures would infringe on fundamental human rights.

Finally, the committee must report to parliament, rather than to the minister.

One serious deficiency of the bill is its failure to provide for an expedited and independent merits review for individuals who might be detained or fined for breaching public health orders. This kind of mechanism would provide a way for people to contest a fine or detention if they believe it’s unlawful.

Given the significance of these powers, the inclusion of a no-cost, expedited and independent merits review process is essential – an emergency review for emergency powers.

This role could be performed by the ombudsman, or by the Victorian Civil and Administrative Tribunal (VCAT), and it must be properly resourced.

The bill contains no protections of the right to safe protest. The right to peaceful protest is fundamental to a liberal democracy, and is protected under the Australian constitution, the Victorian human rights charter and international law. It is essential during a pandemic.

The bill should accommodate “safe” protest that follows proper health guidelines by recognising it as an “essential” activity, similar to food shopping and exercise.

One example is allowing for socially distanced or sit-in protests (as have occurred in Israel and elsewhere during the pandemic), or a drive-by car protest that accords with social distancing rules. 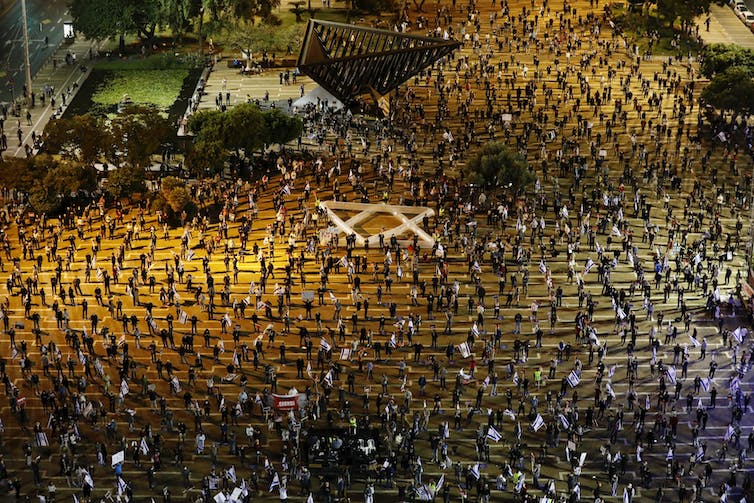 A socially distanced protest against the Israeli government last May. Ariel Schalit/AP

The bill currently permits a pandemic order to apply differently to people with various attributes protected under the Victorian Equal Opportunity Act, such as age and pre-existing medical conditions. The government has noted this could also include how an order applies to vaccinated versus unvaccinated people.

This aspect of the bill has therefore led to significant community backlash and concern.

The preferable means to deal with this is to amend the bill to ensure the health minister must justify any differentiation in pandemic restrictions or policies on health grounds.

In light of the lack of adequate time for meaningful consultation on the bill – and the serious concerns that experts have about the appropriateness of its safeguards – we recommend it should have a sunset clause. This means the law would automatically terminate after a set period of time, such as two years.

An alternative would be a mandatory independent review (for instance by a retired judge), to be completed within two years of the law being enacted.

These suggestions would allow the government to respond to the current COVID pandemic under an improved legislative framework, but also require it to conduct further consultation and review before enacting a more permanent law.