The UNSW scientists observed fewer waterbirds but greater flooding than last year, which they hope will help to offset long-term declines. 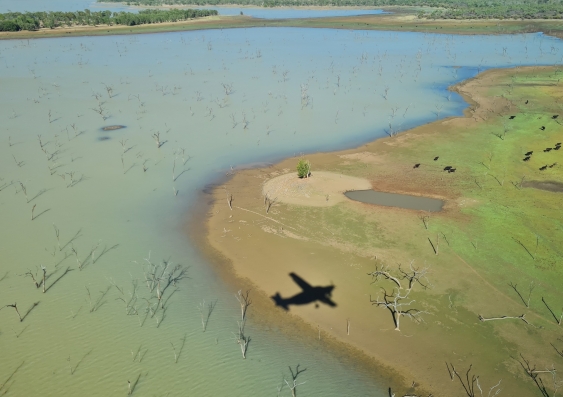 The total number of waterbirds observed in 2021 has declined from last year – and it’s the third lowest on record, UNSW’s Centre for Ecosystem’s Aerial Survey of Wetland Birds in Eastern Australia has shown.

The survey – conducted in collaboration with NSW Department of Planning, Industry and Environment (DPIE) and other state agencies – provides one of Australia’s most important long-term datasets on the health and biodiversity of the country’s river and wetland areas.

The team led by Prof. Richard Kingsford, with project coordinator Dr John Porter from the NSW DPIE, spend more than 100 hours every year surveying a third of the continent – and they’ve been doing so for nearly four decades.

This year, with the challenges of COVID-19 and border closures, they had to get specialist worker status to do the survey across the four eastern states. The team flew 38,260 km across eastern Australia, almost the same distance as around the world. 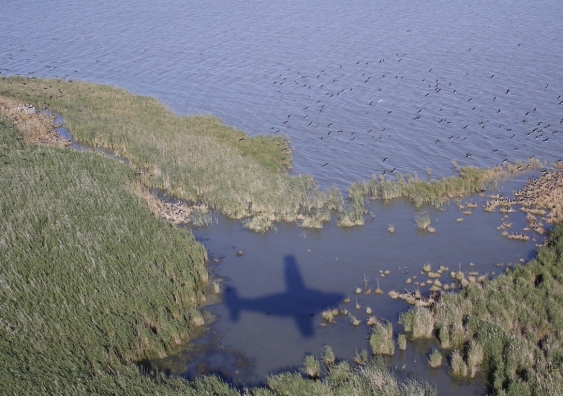 Surveying one of the colonies of a few thousand straw-necked and white ibis breeding on Lake Alexandrina. Photo: Richard Kingsford

Prof. Kingsford says the total number remains well below average but the current flooding will certainly give the birds a boost.

“Even though this is the third lowest count we’ve seen in 39 years – and we recorded it alongside a decline in the three other major waterbird indices we analyse each year – there are some strong indications of widespread breeding with the floods, driven by the La Niňa weather patterns,” he says.

Waterbird indices may recover the following year across river basins.

“Late November, at the end of the survey period, was one of the wettest on record for many places in central and south eastern Queensland – so what we found generally reflects low available habitat and drought intensity from the preceding four years,” Prof. Kingsford says. 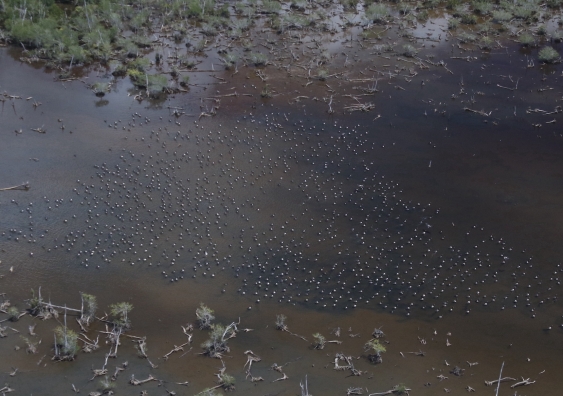 A very large flock of brolgas on a brackish wetland. Photo: Richard Kingsford

Across Eastern Australia, breeding index (the number of nests and broods) and breeding species richness (the number of species breeding) are positively related to the wetland area index (i.e. the available wetland habitat).

Conversely, declines in wetland area index are likely to result in declines in waterbird abundance, breeding and breeding species richness.

“The total area of wetland we saw this year – 150,803 ha – increased slightly from the previous year, but remains well below the long-term average,” Prof. Kingsford says.

“Some rivers and wetlands in the northern Lake Eyre Basin, including the Diamantina and Georgina rivers, held moderate amounts of water and supported low numbers of waterbirds. The largest concentrations of waterbirds were located in the Paroo overflow Lakes, the Macquarie Marshes and Lake Moondarra in the north.”

Waterbirds were again widely dispersed –  similar to the previous year – with only two wetlands (Green Lake on the Paroo River and Prosperpine Dam) supporting more than 5000 waterbirds.

“The waterbirds are likely to be spread out with the flooding although there are still worrying signs of long-term declines,” Prof. Kingsford says.

Breeding numbers down over the long-term as well 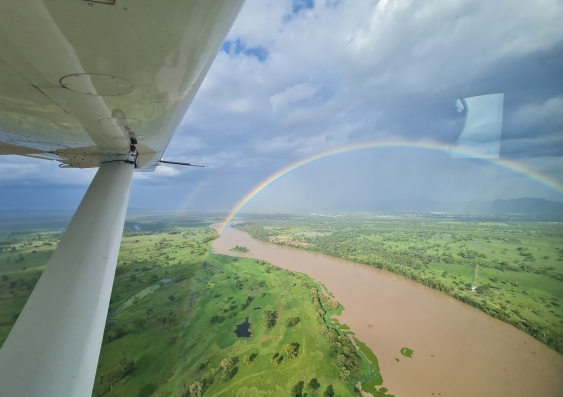 “We recorded nine species breeding, but this is below the long-term average and the ninth lowest on record,” Prof. Kingsford says.

Total breeding index of all species combined – the number of nests and broods the researchers saw – was 2494, a considerable increase from the previous year’s 364.

“We really need to see further periods of above average rainfall and flooding to continue the recovery, especially in parts of western Queensland, parts of South Australia and far west New South Wales, and some parts of Victoria, especially in the north west.”