Voluntary assisted dying bill: Should terminally ill people be allowed the right to end their life?

Ethics and health law experts discuss whether euthanasia is the ultimate form of individual choice or a sign that we need to reconsider how we care for the most vulnerable. 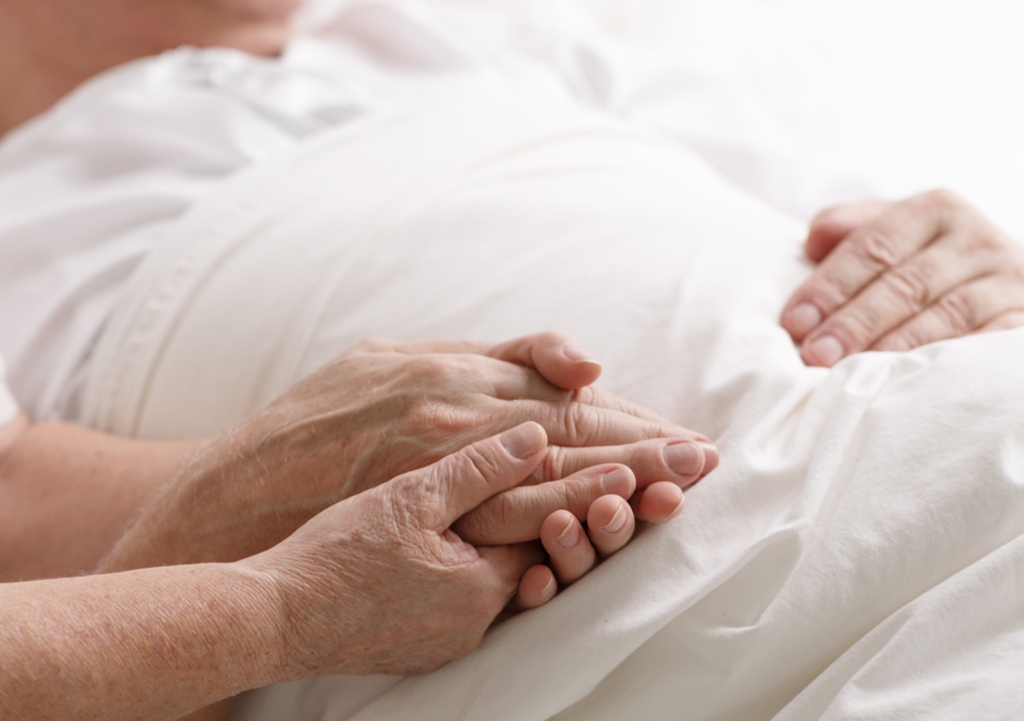 With NSW’s voluntary assisted dying bill passing the lower house last month, UNSW ethics and health law experts weigh in on the debate, arguing that current palliative care practices for people living with a life-limiting illness are not enough.

This often leads terminally ill people to resort to horrific and undignified means to put an end to their suffering.

“People who are desperate to end their lives should be able to do so in a dignified manner surrounded by loved ones and on their own terms,” says Dr Marc De Leeuw, an expert in biolegality and ethics.

When dealing with end of life, experts say palliative care – specialised medical care for people living with a serious illness – alone is often not enough. In fact, some current practices have already rendered palliative care obsolete.

“The daily actual reality in hospitals is that doctors and nurses are forced to make decisions – with the patients and their families – regarding the palliative “regime” which in many cases are not far removed from an active euthanasia practice,” Dr De Leeuw says.

For example, palliative care cannot be provided to someone with dementia or a neurological disease which slowly destroys the brain or nervous system.

“Palliative care is not applicable in this case because their physical condition allows life to continue while the actual person within that body slowly disappears,” Dr De Leeuw says.

Some studies have also demonstrated that only a small minority of patients want to end their lives due to pain, says Health law expert Associate Professor Jennifer Schulz Moore.

"Evidence from the Netherlands and Oregon in the United States, suggests that the provision of euthanasia has focused attention on deficiencies in the provision of palliative care and in pain management.

Is a change in euthanasia law a slippery slope?

NSW’s voluntary assisted dying bill passed the lower house last month and will move to the upper house for a vote next year.

If the bill is passed by a majority vote, euthanasia for the terminally ill will become legal in NSW.

Based on the evidence and experience from overseas jurisdictions such as the Netherlands and Oregon, euthanasia law does not support the slippery slope argument, A/Prof. Schulz Moore says.

For example, she says that there was a decrease in the prevalence of euthanasia between 1990-2010 in the Netherlands.

“Individuals within a democracy should be allowed the free exercise of their choice, including the choice of when and how they wish to die,” she says.

According to Dr De Leeuw, whether euthanasia law is a slippery slope also depends on its eligibility criteria.

“If euthanasia is purely intended to offer patients who are dying or who are going through prolonged unbearable suffering, the voluntary dying bill will allow them an earlier and more peaceful ending and will extend the ethos of palliative care,” he says.

However, it might be difficult to define “unbearable suffering” in many cases as it can be quite subjective.

“For someone at the beginning of dementia who doesn’t want to wait till they no longer recognise others or know who they are; the criterion of “unbearable suffering” is subjective. Is the fear of losing one’s identity and self-awareness “unbearable” and sufficient reason to end your life?”

Research has also indicated that many people who have discussed euthanasia with their GP, do not end up taking that option in the end.

“For them, it’s more about the comfort of having the option of euthanasia in the 'worst case scenario',” Dr De Leeuw says.

The most difficult aspect of administering an assisted dying procedure is ensuring that the patient is fully aware and “competent” in making their own decisions, he says.

But what does “competent” mean?

Does forgetting a few things make you less competent? Does being on heavy medication exclude you from being fully competent? Can prolonged loneliness contribute to depression and ongoing sickness that can potentially evoke the will to die?

“One can ask if euthanasia is the ultimate form of individual choice in our liberal society or a sign that our communities and family structure are no longer able to give care and empathy to loved ones at the end of life”, Dr De Leeuw says.

But when it comes to the law, such questions are rarely debated.

“The law focuses on accountability – in this case – of the doctors providing assistance to death. Their action should not lead to criminal conviction. It is therefore essential that a very clear legal framework defines what counts and does not count as legal euthanasia in Australia,” he says.

The lack of access to assisted dying practices in some countries has led others to introduce so-called ‘euthanasia-tourism’. In Switzerland, active euthanasia is illegal, but to provide the means to commit euthanasia is not. On average, it can cost a patient a minimum of $10,000 (in addition to flights and hotel stay) for the procedure.

The fact that terminally ill people choose to die in another country, somewhere far away from home, says a lot about how people in real need will always find a way to end their life no matter what, Dr De Leeuw says.

And those who can’t afford it are left to suffer or try self-euthanasia by other means. “This is why a euthanasia legislation is urgent in NSW,” he says.

But first, it is important to set out very clear guidelines and define the circumstances under which euthanasia will be allowed.

“This includes guidelines for those ending their lives, their families and loved ones, and the doctors aiding.

“The need to legalise euthanasia responds to the ‘right of a dignified death’ which is not just related to our physical and mental condition but also related to a social, political, and economic question concerning the quality of our healthcare system, nursing homes, and the ability of the community and families to care for those who need it,” Dr De Leeuw says.

“Euthanasia should lead a larger social debate about how we care for the most vulnerable, and how society as a whole, can better support the deep relational aspect of how we live together as humans.”