Why becoming a bionic superhuman would be more trouble than it's worth... for now!

Once-futuristic bionic devices are now a reality, but UNSW expert Dr Michael Stevens says we’re not yet living in a world as portrayed in films and on TV. 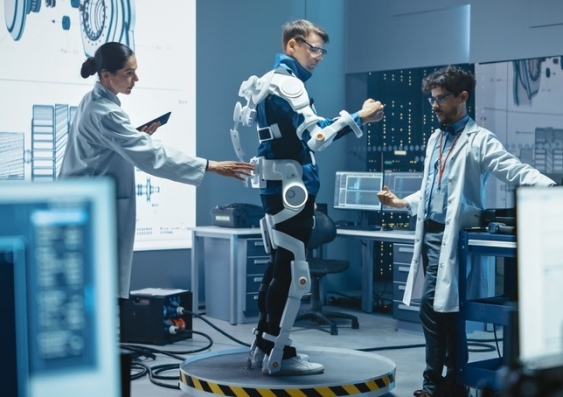 Did you ever dream of one day having X-ray vision or running as fast as a cheetah? Maybe you’ve imagined the benefits of lifting a car with just one hand, or being able to hear the sound of an ant’s footsteps.

Science-fiction books, TV series and movies have often explored the idea of individuals gaining superhuman powers thanks to medical implants – think the Bionic Woman, or the Six Million Dollar Man.

But many bionic devices that were once considered ‘futuristic’ are already a reality – hands, arms, legs, ears and even hearts and eyes can now be replicated and replaced in the body with mechanical versions.

However, UNSW Sydney’s Dr Michael Stevens says the truth is far from science fiction for most people with bionic implants.

And while he says there is technically nothing preventing a real-life person today having multiple artificial devices in their body – like Six Million Dollar Man Steve Austin – their day-to-day experiences would be a long way from something you might see in a Hollywood blockbuster. 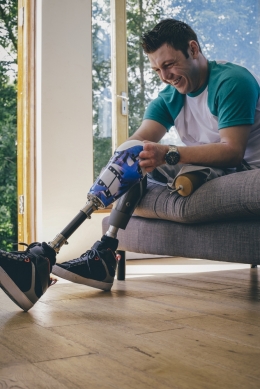 Prosthetic limbs need to maintained properly and may need to be repaired if they become damaged. Photo: Shutterstock

“Is there anything to stop a single person having lots of bionic parts? So, for example, a cochlear implant, plus a prosthetic limb, plus an artificial heart, maybe even an artificial lung as well?

“There isn’t really a limit because bionics are designed, and subsequently approved, so that they shouldn’t interfere with other electronic medical devices,” Dr Stevens says.

“But for an individual person with all those things they would have to manage all the separate systems, whether that be powering the device, or cleaning it, or maintaining it.

“It’s technically possible, but it would just become a really big burden to deal with all that at the same time.

“At the moment, the underlying assumption is that the people we are helping with these bionics are really suffering and they really desperately need this technology. They are ill and we want to improve their quality of life, rather than suddenly making them superhuman.”

The problems of power

Dr Stevens’ research in the Graduate School of Biomedical Engineering focuses on software for artificial hearts.

And he says that while many parts of the body can now be very closely replicated with bionic versions, there are still some which prove very difficult to mimic.

In addition, bionic devices need a constant supply of power and that can present a major challenge, especially for things deep inside the body.

“There are a lot of things in the body that can be replaced with bionics but regrowing an entire organ is still a long way over the horizon,” he says.

“We can do that on a very simplistic level but there is so much complexity when it comes to a new organ to ensure that it is compatible in a person’s body that it becomes very, very difficult.

“The brain probably won’t be getting replaced soon, even though something like Artificial Intelligence is growing rapidly. I think we are a long way from being able to mimic exactly what is happening in the complexity of our brain.

“One thing that is actually very hard to replace is valves in the body – or sphincters. We have so many of those in our body and they are just amazing the way they work.

“It’s taken so long for evolution to get them right in our bodies and even though we can put in artificial seals and valves, we’re not actually close to replicating what the body can produce on its own.

“Another big issue with a lot of bionics is how they are powered. Something like a cochlear implant doesn’t require a large power supply, so the battery is pretty small and can be integrated into the implant and actually powered wirelessly through the skin,” he adds. 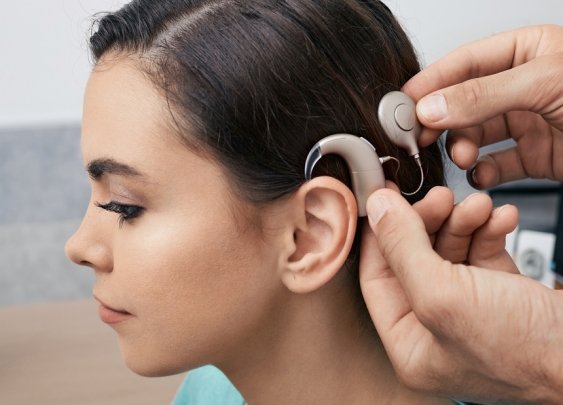 Cochlear implants can be powered wireless through the skin since they use a low amount of power, but that is not the case for a significant number of bionic devices. Photo: Shutterstock

“But bigger bionics, say a large artificial organ, that requires more power. Artificial hearts are at the opposite end of the spectrum because they need a much larger battery and you can’t power them wirelessly which means there are wires coming through the body and out across the skin.

“Batteries are definitely a big issue in the world of bionics, but there have been major advances in the last five to 10 years and I think that field will keep making big technological developments.”

Dr Stevens says that some bionic devices are useful for people who have completely lost a certain function, even though they are a very long way from matching what the body can do by itself.

One example is bionic eyes, whereby a camera transmits high-frequency radio signals to a microchip implanted in the retina. Electrodes on the implanted chip convert these signals into electrical impulses to stimulate cells in the retina that connect to the optic nerve.

These impulses are then passed down along the optic nerve to the vision processing centres of the brain, where they are interpreted as an image.

“We can get close to replication of the body in a lot of things, but I don’t think we’re ever going to replicate 100 per cent what happens naturally. In a lot of cases maybe we are close enough – such as prosthetic limbs, or even hearts,” Dr Stevens says.

“But others are not especially close. Bionic eyes, for example, currently produce a pixelated greyscale image and they are still some way away from matching the amazing details you can see with a real eye.

“UNSW has been at the forefront of this technology and the team has made great strides, and in the future the results will hopefully keep getting better and better.”

Be still, my beating heart

Dr Stevens says there are many unanswered ethical and philosophical questions arising from bionics. Such as ‘If you could replace all parts of your body, would you still be a human?’

Another springs from his own research into bionic hearts, given the fact that artificial versions of the organ use a mini-turbine to push blood through the body at a steady rate.

This means people with a bionic heart do not have a pulse in the traditional sense. Which is a profound and perhaps unnerving experience.

“The turbine means artificial hearts can be smaller and more efficient, but there is a psychological knock-on effect because there is this idea that having a pulse means you are alive,” Dr Stevens says. 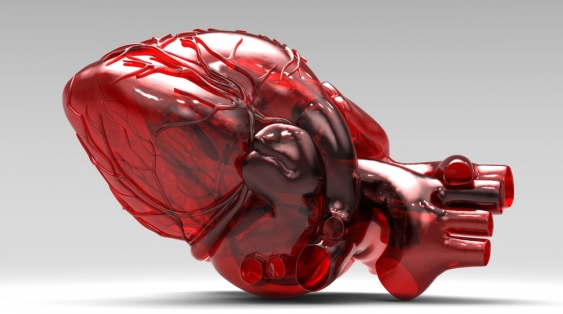 Modern artificial human hearts have mini-turbines to push blood constantly through the body, which means people with such devices do not have a traditional pulse. Photo: Shutterstock

“In this way, we're subverting billions of years of human nature. Our current understanding is that pulse equals life and if there is no pulse then you must be dead. But that isn’t necessarily the reality anymore.”

Dr Stevens hopes his own research will help people who require artificial hearts live a much more normal and active life, rather than just ensuring they stay alive.

“A real heart automatically responds and adapts depending on the activity you are doing, whether that is exercising, going upstairs, sleeping, or just straining to lift something. Your heart is constantly adapting and changing how much it pumps and what rate it pumps at,” he says.

“But they are a little bit dumb in that respect and we want to make them smarter and to give people confidence that their artificial heart can respond to their changing activities. In addition, that gives them a broader range of things they can do, rather than just existing.

“At the moment we can add years to people’s life, but now it’s about adding life to those years.”