When planning for the unexpected, deciding what happens next in a business doesn’t need to be as dramatic as an episode of ‘Succession’. 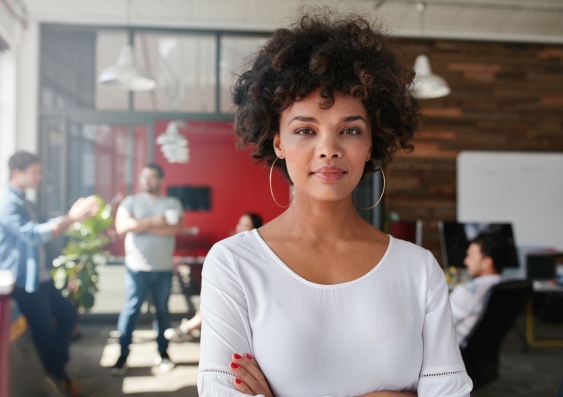 When it’s time for a business owner or founder to exit their organisation, it’s not quite as simple as picking out the right farewell cake for the goodbye party.

Indeed, as demonstrated when Jeff Bezos moved from CEO to Chairman of the Board at Amazon, any sort of ownership transition or succession planning should take careful navigation and consideration for organisations.

Issues that can arise from a hasty exit for small and medium businesses include preserving the legacy of the organisation; protecting the jobs of employees; finding a third party willing to take it on; or (as the black-comedy TV series Succession, makes abundantly clear) picking which family members to pass the company down to.

But according to Andrew Pendleton, Head of the School of Management and Governance, and Professor of Employee Ownership and Reward, at UNSW Business School, there is another viable and possibly more attractive option for businesses: Employee Ownership Trusts (EOTs).

And their benefits don’t just extend to solving issues of succession for businesses – from potential bonus payments to share of voice, they extend to employees as well.

See also: Is the hybrid work model inclusive? Not necessarily.

What are Employee Ownership Trusts (EOTs)?

While there is an array of benefits to implementing this ownership model, a major one is that the sale of the shares to the Employee Ownership Trust (at least, in the UK) is free of capital gains tax (CGT). It’s an exemption that kicks in if the Trust hits certain criteria, such as it possessing a controlling interest in the company.

See also: Stressed about returning to work? Here’s what your boss can do for you

For businesses, it can be a matter of succession

But even without a CGT concession – as is the case currently in Australia – the Employee Ownership Trust still provides benefits to owners and workers, says Prof. Pendleton.

Another major advantage of the EOT model is that employees are protected during business succession.

“The big danger is that if the owner wants to retire, and the company is sold to private equity, or some other third party, they’ll take the goodwill and shut the company down or move it to another part of the country. The EOT very much maintains and protects the company as it is, while facilitating future development and growth.” 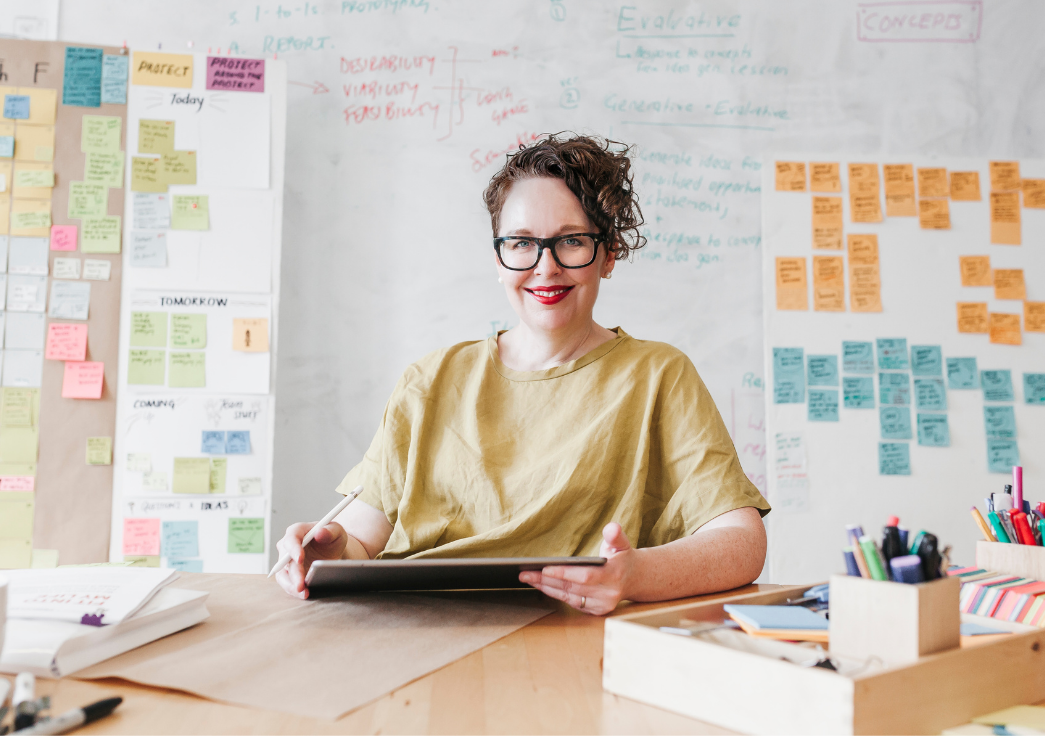 For business owner Janna DeVylder, choosing to implement an EOT was a matter of succession. Photo: Meld Studios

According to Janna DeVylder, co-founder of Meld Studios, an Australia-based design studio, the choice to set up an EOT at the company was one based on addressing the issue of succession.

See also: Are Australians ready to break up with casual work?

How does an Employee Ownership Trust (EOT) work for the company?

While in Australia, business owners would need to seek the advice of qualified business advisors to start the process of setting up an Employee Ownership Trust, the mechanism that Meld Studios chose to take to move to this ownership structure was using company profits to buy the co-founders’ shares back over time.

In terms of setting up EOTs, Prof. Pendleton says the owner is largely in control of the process: the EOT mechanism enables owners to control the pace of the transaction and to make a phased withdrawal if they wish.

“The employees themselves are indirect owners,” he says. “It’s the trust that owns the company, for the benefit of the employees. So, employees individually don’t get shares in the company – meaning, there is no danger that ownership will eventually drift outside the company.”

Big changes: A share in profits and employee ownership

Then there are the various actions the trust might take to involve employees. For example, they might then choose to share the company profits with the employees. 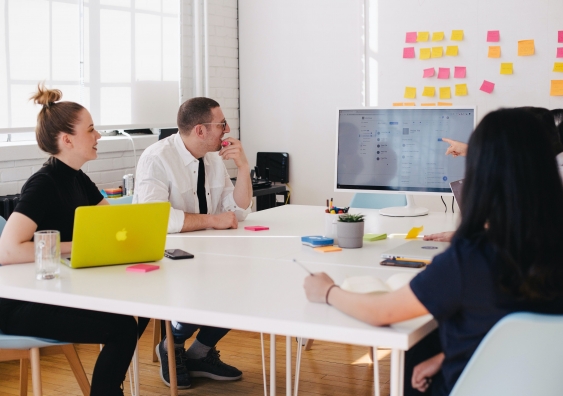 Experts say that giving employees a share of profits is one way of encouraging employee engagement in the business. Photo: Jason Goodman / Unsplash

“In the UK case, the profits shared with eligible employees are tax-free, as long as they’re below the equivalent of about $7000 a year (around £3600). In the Australian case, as things stand at the moment, they still want to get a taxable profit share.

“It’s also commonly the case that employees would be represented on the EOT.”

DeVylder says that for Meld, the choice was made to act 100 per cent employee-owned from the beginning, despite the co-founders’ still owning some of the equity.

“We’re actually saying, ‘No, from the very beginning, we’re employee-owned and we’re going to behave as if the shares are already over there’. Because otherwise, we’re waiting five or 10 years to get to a place where people are like, ‘Okay, now all the effort I'm putting in is actually going to see a return’.”

What are other benefits of Employee Ownership Trusts (EOTs) for workers?

Aside from bonus payments that are linked to shared profits, there are other potential benefits that the employee (the beneficiaries) – and the company – might accrue in terms of company culture, explains Prof. Pendleton. For example, employees could attain some influence over how the company is run, through increased employee engagement.

“The great thing about EOTs is that it’s very flexible what you choose to do,” he says. “You can have employees on the trust. You might decide to put a worker on the company board or to set up an employee council.

“They tend to be much more participative businesses after the event.”

For Meld Studios, the decision was made to make significant changes to how the company was run to involve their Meldsters in the more formal structures of the company.

How do Employee Ownership Trusts work?

An Employee Ownership Trust is a form of employee ownership.

An Employee Ownership Trust works by holding a company's equity for the benefit of all the current employees.

When one is established, the trust becomes the sole or majority shareholder of the business, holding shares on behalf of employees – meaning those employees indirectly own the company.

It is usually set up by business owners, but can be established by employees

Why not just give employees shares – isn't this the same?

An Employee Ownership Trust isn't the same as the employees' directly owning shares, because:

So, what is the benefit of them?

Employees can get a share of the profits (for as long as they work at the company).

Employees have an incentive to make decisions that are of benefit to the company and create profit.

Business succession becomes an easier process when business owners want to leave because their shares are already indirectly owned by employers.

Employee ownership is also an alternative to the business being acquired by private investors. This means that the future of the company (and its employees) tends to be more secure.

“It’s a way to actually create space for your employees to have a say; to shape and shift on where the company is going. And then also to bring up things as well and feel like they have a say.”

She adds that this process has been important not just in terms of employee involvement at Meld, but helping the Meldsters figure out who the company is and what they will become.

EOTs have taken off in the UK – will it happen in Australia?

While the EOT model of employee ownership is yet to really take off in Australia, the model has proved popular in the UK where it has been actively promoted by the government since 2014.

“EOT in the UK has a specific meaning,” explains Prof. Pendleton. “It was set up as a tax-advantaged vehicle in 2014 and has a very distinct legal identity in the way that we don’t yet have here in Australia.”

“In the UK, it was very much based on the John Lewis model,” he says, referring to the famous British department store company. “John Lewis has been owned by a trust for the benefit of employees since the fifties. Its employees typically get a share of the profit each year.”

Prof. Pendleton says that having the role model gave wind to the effort to try and replicate this to a broader economy in the UK. Today, there are over 730 EOTs operating there, with a 30 per cent increase in 2020 across all sectors of the economy.

In Australia, while there aren’t the same tax mechanisms or tax incentives in place to reap the full benefits of EOTs, the House of Representatives released a report this August listing recommendations to promote employee ownership in Australia. It concluded that, as of the time of writing, in Australia there weren’t yet the frameworks to make Employee Share Schemes (ESS) attractive to companies.

So, are Australian employees and business owners likely to see a similar EOT setup in the near future? Prof. Pendleton says this is hard to predict (though several companies are currently looking to follow Meld’s example).

“The Australian Government and the Opposition are generally sympathetic to forms of employee ownership,” he says. "But whether they’ll go the extra mile and establish a set of specific tax advantages for EOTs, it’s just too early to say.”