They are the only known scavengers in the world to have picky diets. 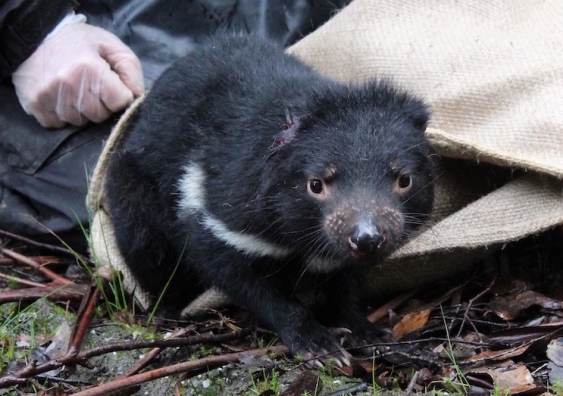 If there’s one thing that scavengers do, it’s scavenge: feed on whatever is available, whenever it’s available.

Scavengers around the world share this trait, from wolverines across the Northern Hemisphere to spotted hyenas in sub-Saharan Africa.

But a new study led by UNSW Sydney has found Australia’s Tasmanian devils are breaking this mould.

In fact, individual devils have their own specific tastes and preferences – in other words, they’re picky eaters.

“It’s a scavenger’s job to just be a generalist and take whatever it can find,” says senior author of the study, UNSW Science Professor Tracey Rogers.

“But we’ve found that most Tasmanian devils are actually picky and selective eaters – they’ve broken the laws of scavenging.” 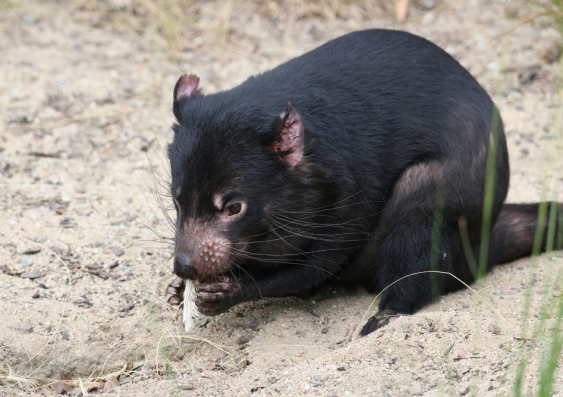 Will sir be dining on the wallaby or bird carcass this evening? Photo: Shutterstock.

The study, published today in Ecology & Evolution, analysed the eating habits of 71 devils captured across seven different sites across Tasmania. The researchers tracked these eating habits by analysing a small whisker sample from each devil – each bristle holds chemical imprints, called stable isotopes, from food they’ve eaten in the past.

Read more: The secret life of Tasmanian devils is hiding in their whiskers

Surprisingly, only around one in 10 devils had a generalist diet – that is, a broad diet made up of whatever food was available and convenient. The vast majority chose to dine mostly on their favourite foods, whether it be wallabies, possums or rosellas.

And, just like humans, these favourite meals varied from devil to devil.

“We were surprised the devils didn’t want to all eat the same thing,” says Ms Anna Lewis, lead author of the study and PhD candidate at UNSW Science.

“Most of them just decided, ‘No, this is my favourite food’.”

Ms Lewis, who is also a researcher at The Carnivore Conservancy, says the findings change what we know about scavengers – and leads us to ask why Australia’s devils are breaking the rules.

“This definitely seems to be a devil-specific habit,” says Ms Lewis.

“There are no other scavengers in the world that we know of who do this.” 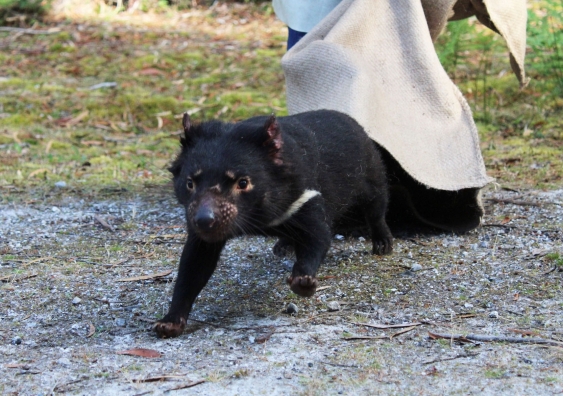 Rule breakers down under

The researchers’ current theory is that the devils’ picky eating has something to do with them being on their own in Tasmania.

“Basically, it's because they can,” says Prof. Rogers.

“If you're a scavenger in Africa, then you’re competing with all these other predators for food,” she says.

“But in Tasmania, there aren't other predators around or competition for carcasses. Their main competition is just with each other.”

The team found that although fussy devils came in every shape and size, the heaviest devils tended to be the pickiest eaters.

This could mean the size of a devil is a driving factor in its choice of food, or alternatively, that specialising in certain types of food could help a devil gain weight. 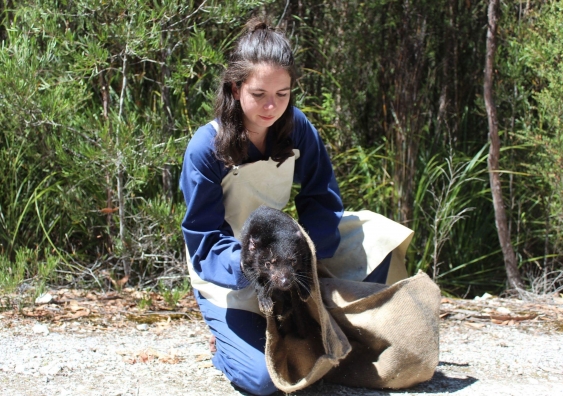 Ms Lewis says that despite their bad reputation, devils are really easy to work with – most of them just sat in her lap while having a whisker plucked, like Gengar pictured here. Photo: Ariana Ananda.

Ms Lewis, who completed this work as part of her PhD, captured and handled most of the Tasmanian devils involved in the study. She and her team laid traps for a week at a time, which they checked on daily. They generally caught about 10 devils per day before taking their samples and releasing them back into the wild.

Ms Lewis says these mammals often get a bad rap – but there’s more to them than meets the eye.

“Devils are actually really easy to work with, which I was surprised about when I first became a volunteer in training,” she says.

“Wild devils tend to be afraid of humans, so most of them just sit in your lap.”

Her favourite devil, Arcturus (named after one of the brightest stars in the sky), likes to stick to a diet of pademelon and wallabies. Every now and then though he branches out, sometimes indulging on a bit of snake.

“Tasmanian devils are these really cool scavengers that are doing something completely different to every other scavenger in the world,” says Ms Lewis.

“We’re lucky to have them here in Australia.” 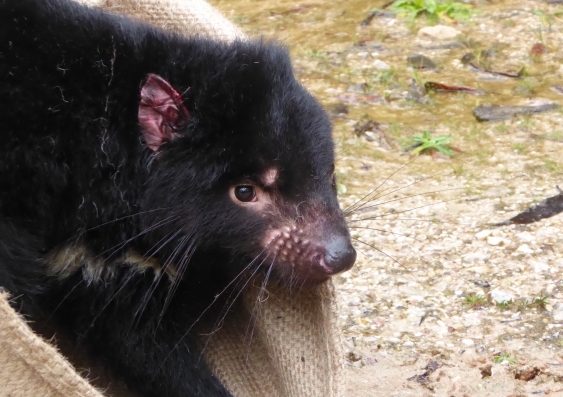 The dietary study could help conservation groups determine how to best care for these endangered mammals. Photo: The Carnivore Conservancy / Kelly Forrester.

Tasmanian devils are ecologically unique, but their numbers have plummeted since the 1990s when a highly contagious cancer – called Devil Facial Tumour Disease, or DFTD – started spreading throughout their populations.

This disease has a high mortality rate: if a devil brings DFTD into their colony, it’s likely to wipe out around 77 per cent of the population within five years.

Many conservation groups have tried to minimise the spread by keeping some populations in captivity until it’s safer to release them.

This dietary study might help these groups determine how to best care for the mammals in the meantime.

“From a conservation perspective, the findings could help us work out if we’re feeding devils the appropriate thing in captivity,” says Ms Lewis.

“At the moment, there’s a long list of foods that devils can eat, but it’s not specific in how often they eat all those foods or whether most only focus on a few different food types.”

Read more: Mulgara on the move: Tassie Devil relative to establish a stronghold in NSW

Next, the team are planning to take a closer look at why devils make certain choices in their diet – for example, are they selecting food consciously, opting for foods that other devils aren’t interested in, or simply choosing foods that are most in abundance?

“Our next step would be to look at why devils are tending towards certain foods, like pademelons and possums, and whether humans have a role to play in this specialisation,” says Prof. Rogers.

In the meantime, this study paves the way for future global research on specialisation in scavengers’ diets.

“It’s hard to believe that a scavenger can be a specialist,” says Ms Lewis.

“It makes you wonder whether other scavengers, like hyenas or wolverines, would act like the devils if they didn’t have other species to compete with.”