A UNSW Sydney-led study shows at least two times more freshwater has shifted from warm to cold regions of the earth than our climate models predicted – signifying broader changes to the global water cycle. 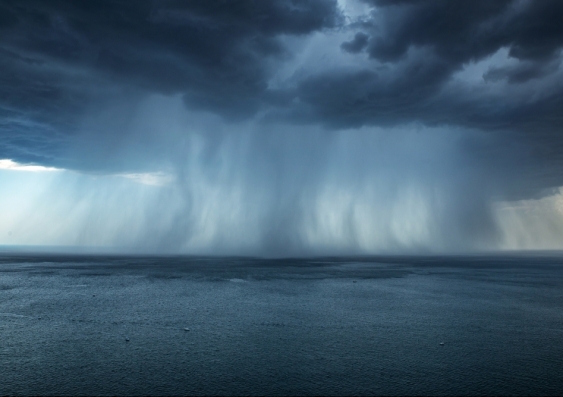 The global water cycle – that is, the constant movement of freshwater between the clouds, land and the ocean – plays an important role in our daily lives. This delicate system transports water from the ocean to the land, helping to make our environment habitable and soil fertile.

But rising global temperatures have been making this system more extreme: water is moving away from dry regions towards wet regions, causing droughts to worsen in parts of the globe, while intensifying rainfall events and flooding in others. In other words, wet areas are getting wetter, and dry areas are getting drier.

Up until now, changes to the cycle have been difficult to directly observe, with around 80 per cent of global rainfall and evaporation happening over the ocean.

But a new UNSW-led study, published today in Nature, has used changing patterns of salt in the ocean to estimate how much ocean freshwater has moved from the equator to the poles since 1970. The findings show that between two and four times more freshwater has moved than climate models anticipated – giving us insights about how the global water cycle is amplifying as a whole.

“We already knew from previous work that the global water cycle was intensifying,” says lead author of the study Dr Taimoor Sohail, a mathematician and postdoctoral research associate at UNSW Science.  “We just didn't know by how much.

“The movement of freshwater from warm to cold areas forms the lion’s share of water transport. Our findings paint a picture of the larger changes happening in the global water cycle.” 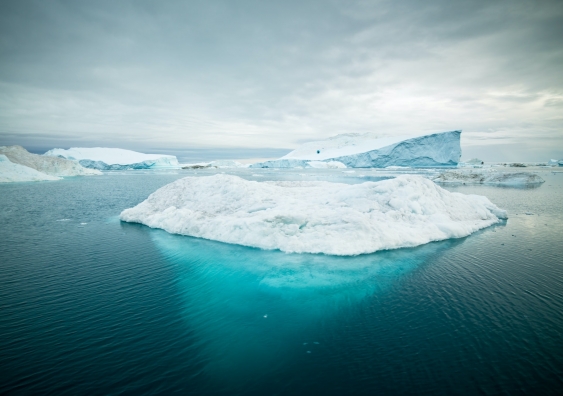 Between two and four times more freshwater has moved from the equator to the poles than climate models anticipated. Photo: Unsplash.

The team reached their findings by analysing observations from three historical data sets covering the period 1970-2014.

But instead of focusing on direct rainfall observations – which can be hard to measure across the ocean – they focused on a more unusual aspect: how salty the water was in each ocean area.

"In warmer regions, evaporation removes fresh water from the ocean leaving salt behind, making the ocean saltier,” says co-author Jan Zika, an associate professor in the UNSW School of Mathematics and Statistics.

“The water cycle takes that fresh water to colder regions where it falls as rain, diluting the ocean and making it less salty.”

In other words, the water cycle leaves a signature on the ocean salt pattern – and by measuring these patterns, researchers can trace how the cycle changes over time.

The team estimate that between 1970 and 2014, an extra 46,000-77,000 cubic kilometres of freshwater was transported from the equator to the poles than expected – that’s around 18-30 centimetres of freshwater from tropical and sub-tropical regions, or roughly 123,000 times the water in Sydney Harbour.

“Changes to the water cycle can have a critical impact on infrastructure, agriculture, and biodiversity,” says Dr Sohail. “It’s therefore important to understand the way the climate change is impacting the water cycle now and into the future.

“This finding gives us an idea of how much this limb of the water cycle is changing, and can help us improve future climate change models.” 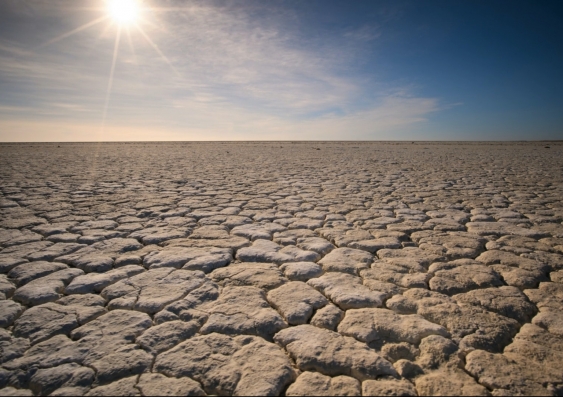 When Dr Sohail and the team compared their findings to 20 different climate models, they found that all the models had underestimated the actual change in warm-cold freshwater transfer.

Dr Sohail says the findings could mean we’re underestimating the impacts of climate change on rainfall.

“Findings like ours are how we improve these models,” says Dr Sohail.

“Each new generation of modelling adapts past models with real data, finding areas that we can improve upon in future models. This is a natural evolution in climate modelling.”

Scientists are now using the sixth generation of climate modelling (called the Sixth Climate Model Intercomparison Project, or ‘CMIP6’), which incorporated updates from the fifth generation.

This newest finding is a demonstration of the scientific process at work – and could help improve future estimates.

“Establishing the change in warm-to-cold freshwater transport means we can move forward and continue to make these important projections about how climate change is likely to impact our global water cycle,” says Dr Sohail.

“In 10 or 20 years from now, scientists can use this reference to find out how much these patterns are further changing over time.”

Update: This article has been updated to reflect the fact that 46,000-77,000 cubic kilometres of freshwater is roughly equivalent to 123,000 times the water in Sydney Harbour, not 123 as originally stated.