The use of cryptos like Bitcoin has a significant environmental impact, and sustainability needs to be a pressing concern alongside the economic benefits they generate, says a UNSW Business School expert. 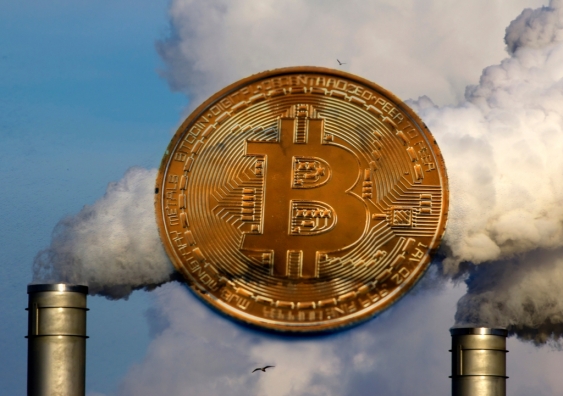 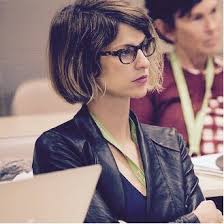 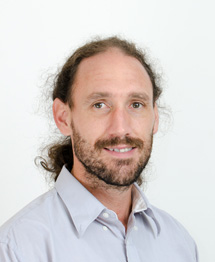 The process of creating Bitcoin to spend or trade consumes around 91 terawatt-hours of electricity annually – more than is used by Finland, a nation of about 5.5 million, according to findings. It is the reason why Bitcoin mining today happens in giant data centres.

Artificial Intelligence (AI) also has a devastating environmental impact. AI-powered algorithms are used extensively to forecast the market for cryptocurrencies like Bitcoin. These AI algorithms may also be used to analyse the market sentiment or match customers to brokers and facilitate digital currency transactions.

So what’s the true cost of blockchain and other energy-intensive technologies such as AI on the environment? And can they ever be sustainable given their extensive energy consumption?

“All forms of technological innovations, by virtue of being computer-based, are always going to have a significant carbon footprint,” says Barney Tan, Head of School and Professor of Information Systems and Technology Management at UNSW Business School.

“But this is not to say that all of them should be stifled in the name of environmental protection, but rather that sustainability should be one of the foremost concerns alongside the economic benefits that they can generate,” he says. 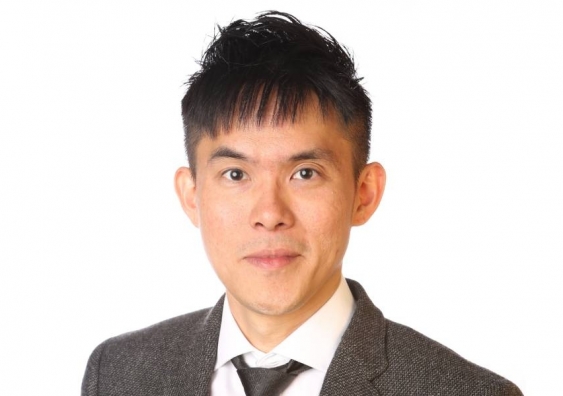 Measuring the environmental impact of blockchain and AI

First and foremost it is important to understand how AI and blockchain technologies affect the environment. AI models have to be trained using large data sets, explains Prof. Tan. “You have to build very powerful computers, as well as collect and store massive amounts of data for the models to work well. All of these will consume a lot of energy with obvious environmental implications,” he says.

For example, one study has shown that training one common large AI model emits more than 626,000 pounds (283,949 kilograms) of carbon dioxide – nearly five times the lifetime emissions of the average US car (including the manufacturing of the car itself). “Now if you multiply this by the number of AI models a firm could create and the number of firms that would do so as the adoption of AI grows, it is a daunting prospect,” says Prof. Tan.

On the other hand, there are multiple areas where AI is proving helpful in achieving sustainability goals. For example, some big tech companies like Google use AI to reduce their environmental impact. However, Prof. Tan stresses that most AI will not be used in this way. “They [AI] will mostly be leveraged to help a business outperform its competitors across a number of applications. So I would say that the overall impact of AI on the environment is very likely to be net negative,” he says.

So AI requires a lot of power, but what about blockchain technologies and Bitcoin specifically? “The Bitcoin network consumes more power than whole countries like Argentina and the Netherlands. And this is just one blockchain, albeit the most well-known,” says Prof. Tan.

Bitcoin energy consumption from February 2017 to October 19, 2021 (measured in terawatt-hours) 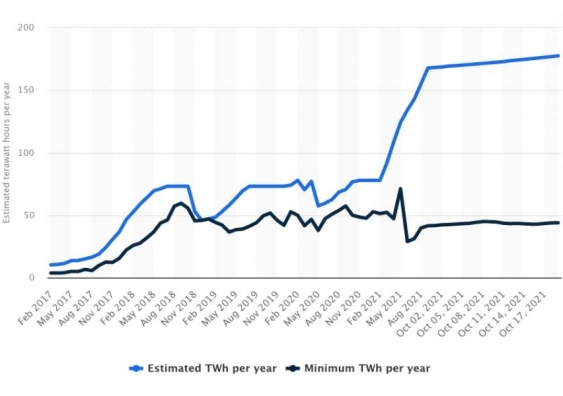 What actually creates massive inefficiencies for first-generation cryptocurrencies like Bitcoin is the fact that there are so-called “miners” with their superpowered computer rigs to compete against one another, explains Prof. Tan. “So if 1000 miners compete and only one would win the reward, the resources invested by the other 999 miners who lost are wasted,” he says.

Newer-age cryptos try to get around this problem by eliminating the competitive aspect of cryptocurrency mining, which makes them slightly less harmful to the environment. “Think about the scenario above… if we have 1000 miners but no need to compete, resource consumption would immediately be reduced by 99.9 per cent,” says Prof. Tan. This means that some cryptos are inherently more sustainable than others.

Then there are cryptos, like ECO coin, with a very specific mission: to promote sustainability.

“It [Eco coin] is a medium of exchange or ‘money’ that is earned when you take ‘actions that contribute towards a sustainable future’ like ‘alternative transport options, conscious food choices and smarter use of energy’,” says Prof. Tan. “So the main difference is how that cryptocurrency is earned or ‘mined’. Bitcoin is mined by cracking a code, ECO coin is mined through sustainable actions that are tracked.”

See more: Blockchain: what's the next big craze after Bitcoin and NFTs

While this certainly sounds like a more sustainable type of crypto for the planet, Prof. Tan says it would take a massive shift in the mindset of society for ECO coin to achieve the same mainstream adoption of Bitcoin, and that he doesn’t think this is likely to happen at all.

Meanwhile, other cryptos like Ether (which uses the blockchain Etherium) are becoming slightly more sustainable, by moving away from the proof-of-work protocol into something called proof-of-stake, explains Prof. Tan. Like the example mentioned above, proof-of-work is about making miners work to crack a code to validate transactions and rewarding them for their work with Bitcoin.

Proof-of-work requires computing power, and hence there is high energy consumption, explains Prof. Tan. “Ethereum is trying to address this by moving into what is called ‘proof-of-stake’, which means you don’t have miners that are competing against one another, but the percentage of blocks that you are allowed to mine is tied to your current stake in the cryptocurrency network. 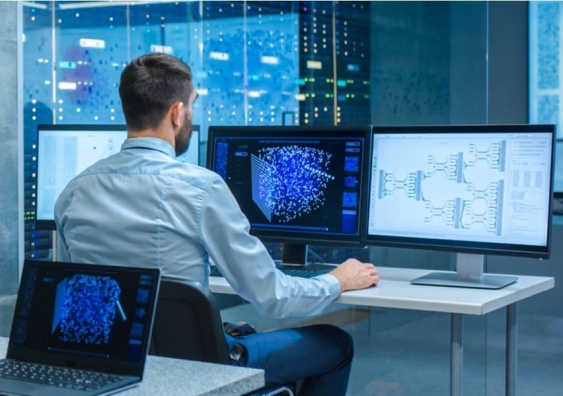 “For example, if you hold 1 per cent of all the cryptocurrency, then you would be allowed to mine up to 1 per cent of the transactions. So this effectively eliminates the competitive dimension of Bitcoin mining, which, as I indicated earlier, is really what is driving energy consumption,” he says.

Given the risks of AI and even mainstream cryptos’ potential for increased environmental degradation, can its use be stopped or reversed? Such a question is moot, says Prof. Tan because as long as there are clear economic and competitive benefits to using AI, they are going to be used.

“It is like the use of coal in power stations or fossil fuels in vehicles. The transition will be painfully slow unless there is an economically viable alternative, and in the case of AI, there are few viable alternatives at the moment,” he says.

So what can be done to limit the environmental impact of AI and Blockchain technologies? “The good news is that there are multiple approaches to addressing the problem (e.g., making the technology itself ‘greener’ or switching to renewable energy),” says Prof. Tan.

Barney Tan is the Head of School and a Professor at the School of Information Systems and Technology Management at UNSW Business School. His research interests include strategic information systems, digital platforms and ecosystems, IT and sustainable development, IT management in the Asia-Pacific, and qualitative research. For more information, please contact Prof. Tan directly.

The original version of this story was published as ‘Sustainable crypto: solution to Bitcoin's environmental problem?’ on BusinessThink.