Environmental survey findings confirm what scientists have suspected; platypuses aren’t in Royal National Park. But plans to reintroduce the iconic species to the park later this year will change this. 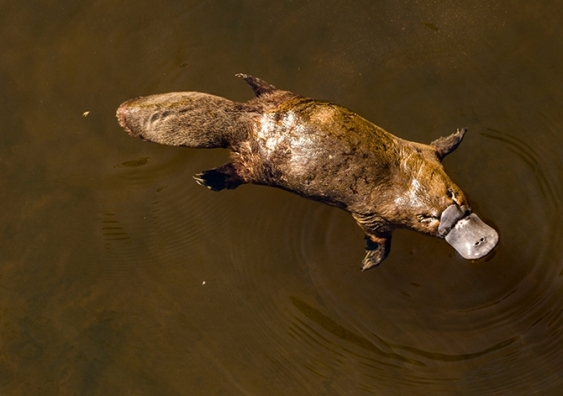 Researchers from UNSW Sydney have confirmed the likely disappearance of platypuses from the Royal National Park, based on results of recent environmental DNA (eDNA).

The eDNA surveys – which use DNA found in water samples to paint a picture of the different animals living in the local environment – found traces of as much as 250 land and water species in the park’s Hacking River and Kangaroo Creek.

Unfortunately – as feared – none of these samples showed signs of local platypus life. But that may soon change with plans to reintroduce platypuses later this year.

“Platypuses once inhabited the rivers of the Royal National Park, but none have been seen there in decades,” says Dr Gilad Bino, leading the project from UNSW’s Centre for Ecosystem Science (CES).

“We’re hoping to change that later this year by reintroducing a founding population of 10 platypuses to the park. Our hope is that they will establish in the area and increase.”

The platypus reintroduction is a project led by researchers from UNSW’s Platypus Conservation Initiative at the Centre for Ecosystem Science (CES), in collaboration with WWF-Australia, Taronga Conservation Society, and NSW National Parks and Wildlife Service.

The conservation project aims to reintroduce platypuses to the Royal National Park as early as August 2022.

“Platypuses are an integral part of eastern Australia’s freshwater environment and belong in the rivers of the park where they once occurred,” says Dr Tahneal Hawke, a scientist on the UNSW team. 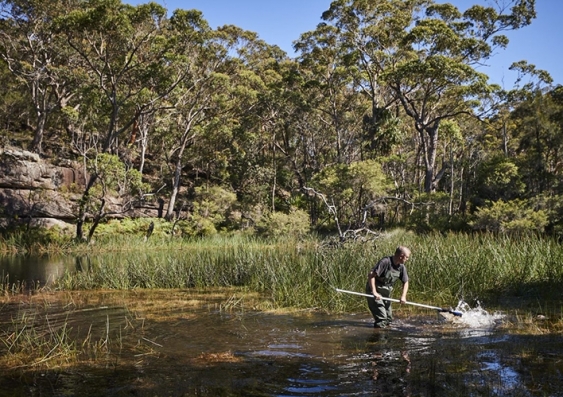 The scientists found evidence of 250 different land and water species - but no sign of the platypus. Photo: Richard Freeman/UNSW

The recent environmental surveys – made with support from volunteers of Friends of the Royal – have been the next step in ensuring the sites are suitable and safe for platypus reintroductions.

In addition to confirming platypuses no longer live in the park, the team evaluated the quality of the rivers, surveyed potential platypus food sources, and ensured that potential threats, like sedimentation, pollution, and foxes, wouldn’t threaten new platypus populations.

Based on their findings, the researchers are optimistic the Royal National Park would be able to sustain new platypus populations.

“We found a healthy diversity of animal species during our surveys, including some sensitive species like spiny crayfish, which thrive in clear and flowing water environments,” says Dr Bino.

Professor Richard Kingsford, also on the research team, comments: “This is welcome news because it gives us a great chance to restore the rivers in Royal National Park with one of Australia’s iconic species as well reducing threats to this diverse ecosystem.”

Platypuses are one of Australia’s most iconic mammals, but sadly, they’re currently listed as a near-threatened species according to the International Union for Conservation of Nature (IUCN) Red List.

A landmark assessment by UNSW scientists in 2020 found that the area of eastern Australia where platypuses live has shrunk by up to 22 per cent over the past 30 years, with key threats to their habitats including historic land clearing, river regulation, and extreme droughts.

But the latest platypus project is hoping to change that by mitigating threats, improving the management of the park’s rivers, and hopefully reintroducing platypuses back into this environment later this year.

“We want to bring back platypuses to the parks and ensure that all freshwater species are thriving, not only in these areas but across Australia,” says Dr Bino.

“We want people to enjoy Australia’s beautiful natural environments and foster in everyone a desire for their preservation, including the iconic platypus.”

Next, the team will continue scoping robust populations of platypus across NSW from which animals could be sourced for reintroduction into areas where they once thrived.

With the support of animal health staff from Taronga Zoo, platypuses will be fitted with miniature tags to track their movements and establishment in the park for up to two years after their release.

The team is working with NSW National Parks and Wildlife Service closely in terms of the potential timing of this release.