Vitamin B3, niacinamide and reducing skin cancer risk: what does the research say?

If you’ve had a skin cancer check lately, you might have been told to consider adding a daily vitamin B3 pill to your skin safety regime. 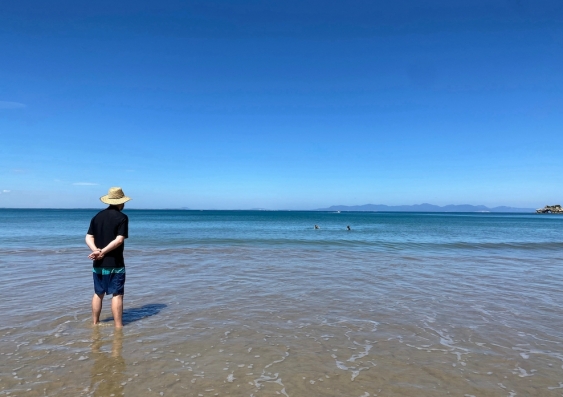 If you’ve had a skin cancer check lately, you might have been told to consider adding a daily vitamin B3 pill to your skin safety regime (hopefully, you already use sunscreen, wear sun-smart clothes and avoid sun exposure in the middle of the day).

So, what is this vitamin and why is it sometimes recommended as a way reduce skin cancer risk?

Australia is the skin cancer capital of the world, where two-thirds of people can expect to develop some form of skin cancer by retirement age. It is the most common type of cancer and also exerts the costliest burden on the health-care system. Anything that can help minimise the burden of skin cancer is worth considering. 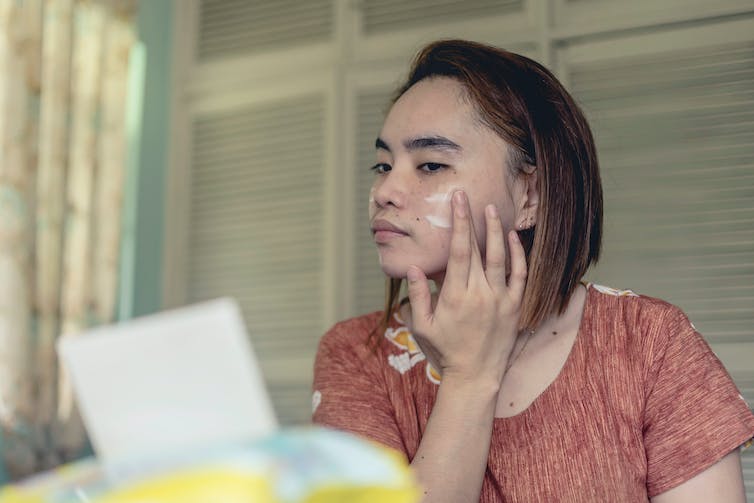 Anything that can help minimise the burden of skin cancer is worth considering. Photo: Shutterstock

Supplementing your diet with with vitamin B3 may benefit the skin

The key chemical you need to know about is called nicotinamide (also known as niacinamide).

Nicotinamide or niacinamide is a variant of vitamin B3. It’s found in dietary sources such as meat, fish, nuts, grains and mushrooms. It is the precursor of nicotinamide adenine dinucleotide (NAD+), essential for many physiological reactions that help cells obtain energy.

If you don’t get enough vitamin B3, you can get the disease pellagra. Pellagra affects organs with high cellular energy requirements such as the brain, skin and gut, manifesting with what medical professionals sometimes call the “4 Ds” – dermatitis, diarrhoea, dementia and death.

Recently, emerging evidence suggests supplementing your diet with with vitamin B3 may have a range of benefits, particularly for the skin.

Nicotinamide has been shown to replenish cellular energy, enhance DNA repair, act as an anti-inflammatory and modulate some of the local immunosuppression caused by ultraviolet radiation.

Much of the work in this field has been led by Professor Diona Damian, Head of Dermatology at Royal Prince Alfred Hospital, Sydney. Building on from her pioneering laboratory work in the field, she went on to lead the landmark ONTRAC trial published in the New England Journal of Medicine in 2015.

In this phase 3, double-blind, randomised controlled study, 386 patients at high risk of skin cancer took either nicotinamide 500mg twice daily or a placebo for 12 months. The results were striking: the rate of new non-melanoma skin cancer was 23% lower in the nicotinamide group than in the placebo group.

Similar improvements have been observed in a small studies of renal transplant patients – a group well known to be at increased risk of developing skin cancer.

Aged skin has less nicotinamide adenine dinucleotide in it. The theory is supplementing with nicotinamide may help replenish these levels, which then helps repair cellular dysfunction.

Nicotinamide is a well-tolerated supplement. It is easily available from most pharmacies or supermarkets, costing less than 10c per capsule.

You should be aware different formulations of vitamin B3 exist over the counter, such as niacin (which can cause profound flushing upon consumption). It is better to seek out the niacinamide formulation.

The optimum long-term niacinamide dose is not known, but given the ONTRAC study used a regime of 500mg twice daily, this is generally what is recommended.

Its role in children is less clear. It appears to be safe, but the therapeutic benefit offered by niacinamide in paediatric patients is yet to be determined.

Based on the scientific literature to date, it is reasonable to recommend niacinamide for people at high risk of skin cancer.

It is, however, is only one of the pillars of sun safety. Using sunscreen and sun-smart clothing, avoiding sun exposure during the middle of the day and being aware of new or changing spots on the skin all remain crucial.