There’s a lot of technological progress required before off-Earth mining operations can be considered feasible. 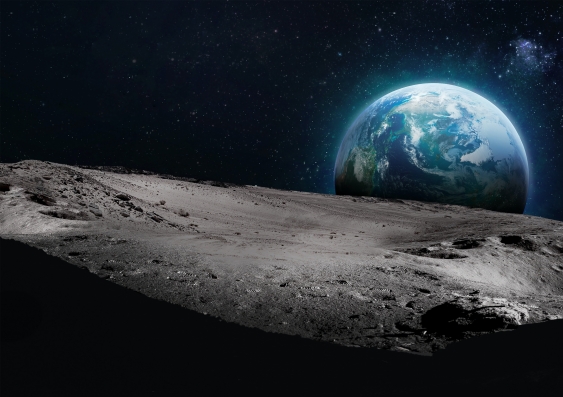 Like Earth, planetary bodies such as the Moon, Mars, asteroids and comets contain substantial deposits of valuable resources. This has caught the attention of both researchers and industry, with hopes of one day mining them to support a space economy.

But setting up any kind of off-Earth mining industry will be no small feat. Let’s look at what we’re up against.

When you think of off-Earth mining, you might imagine extracting materials from various bodies in space and bringing them back to Earth. But this is unlikely to be the first commercially viable example.

If we wanted to establish a permanent human presence on the Moon, as NASA has proposed, we would need to resupply astronauts living there. Resources such as water can only be recycled to an extent.

At the same time, resources are extremely expensive to launch from Earth. As of 2018, it cost about A$3,645 to launch one kilogram of material into low Earth orbit, and more to launch it higher, or onto the Moon. It’s likely materials mined in space will be used in space, to help save on these costs.

Harvesting materials required on-site is called “in-situ resource utilisation”. It can involve anything from mining ice, to collecting soil to build structures. NASA is currently exploring the possibility of constructing buildings on the Moon with 3D printing.

Mining in space could also transform satellite management. Current practice is to de-orbit satellites after 10–20 years when they run out of fuel. One lofty goal of space companies such as Orbit Fab is to design a type of satellite that can be refuelled using propellant collected in space. 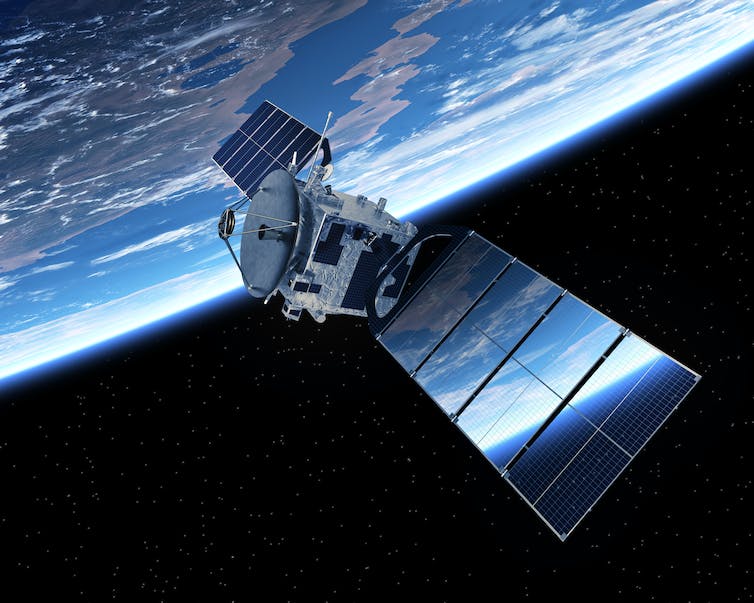 It would be difficult to achieve a complete overhaul of how satellites are designed. But in the long term, doing so may revolutionise the industry. Photo: Shutterstock

What resources are out there?

When it comes to off-Earth mining opportunities, there are a few resources that are both abundant and valuable. Some asteroids contain vast amounts of iron, nickel, gold and platinum group metals, which can be used for construction and electronics.

Lunar regolith (rock and soil) contains helium-3, which may become a valuable resource in the future if nuclear fusion becomes viable and widespread. British company Metalysis has developed a process which could extract oxygen from lunar regolith.

Ice is expected to exist on the Moon’s surface, at permanently shadowed craters near its poles. We also think there’s ice beneath the surface of Mars, asteroids and comets. This could be used to support life, or be broken down into oxygen and hydrogen and used as propellant.

How would we mine in space?

My (Michael’s) PhD thesis involved testing how exploration techniques would operate on the Moon and Mars. Our other work has included economic modelling for ice mining on Mars, and computer modelling on the stability of tunnels on the Moon.

Some proposals for off-Earth mining are similar to mining on Earth. For instance, we could mine lunar regolith with a bucket-wheel excavator, or mine an asteroid using a tunnel boring machine. 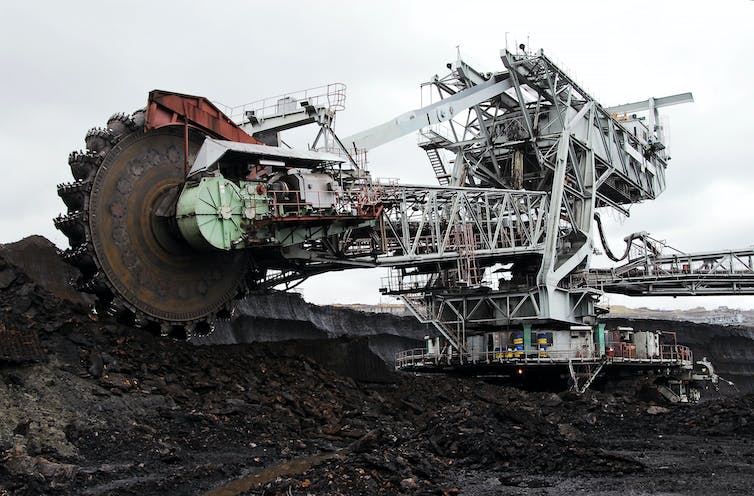 Other proposals are more unfamiliar – such as using a vacuum-like machine to pull regolith up a tube (which has seen limited use in excavation on Earth).

Researchers from the University of New South Wales Sydney and the Australian National University propose using biomining. In this, bacteria introduced to an asteroid would consume certain minerals and produces a gas, which could then be harvested and collected by a probe.

Our work at UNSW’s Australian Centre for Space Engineering Research involves finding ways to reduce risks in a space resources industry. Needless to say, there are many technical and economical challenges.

The same launch costs that have so many eager to begin off-Earth mining also mean getting mining equipment to space is expensive. Mining operations will have to be as light as possible to be cost-effective (or even feasible).

Moreover, the further something is from Earth, the longer it takes to reach. There is delay of up to 40 minutes when sending a command to a Mars rover and finding out whether it was successful.

The Moon only has a 2.7 second delay for communications, and may be easier to mine remotely. Near-Earth objects also have orbits similar to Earth, and occasionally pass by Earth at distances comparable to the Moon. They’re an ideal candidate to mine as they require little energy to reach and return from.

Off-Earth mining would need to be mostly automated, or remotely controlled, given the additional challenges of sending humans to space – such as needing life support, avoiding radiation, and extra launch costs.

However, even mining systems on Earth aren’t fully automated yet. Robotics will need to improve before asteroids can be mined.

While spacecraft have landed on asteroids several times and even retrieved samples – which were returned to Woomera in South Australia, during the Hayabusa 1 and 2 missions – our overall success rate for landing on asteroids and comets is low.

In 2014, the Philae lander sent to comet 67P/Churyumov/Gerasimenko famously tumbled into a ditch during a failed landing attempt. 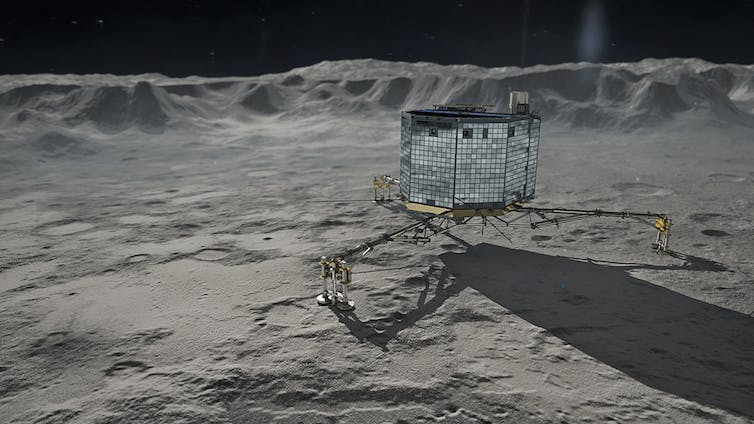 The European Space Agency’s Philae lander, which accompanied the Rosetta spacecraft, bounced back twice before settling in an awkward position inside a ditch. Photo: Wiki Commons, CC BY

There are also environmental considerations. Mining in space may help reduce the amount of mining needed on Earth. But that’s if off-Earth mining results in fewer, and not more, rocket launches, or if the resources are returned to and used on Earth.

Although collecting resources in space might mean not having to launch them from Earth, more launches may inevitably take place as the space economy grows.

Then there’s the question of whether proposed mining techniques will even work in space environments. Different planetary bodies have different atmospheres (or none), gravity, geology, and electrostatic environments (for example, they may have electrically charged soil due to particles from the Sun).

How these conditions will affect off-Earth operations is still largely unknown.

But work is underway

While it’s still early days, a number of companies are currently developing technologies for off-Earth mining, space resource exploration, and for other uses in space.

The Canadian Space Mining Corporation is developing infrastructure required to support life in space, including oxygen generators and other machinery.

US-based company OffWorld is developing industrial robots for operations on Earth, the Moon, asteroids and Mars. And the Asteroid Mining Corporation is also working to establish a market for space resources.