Feeling unsettled about the climate? You might be experiencing eco-anxiety

The reality of climate change has many people feeling uncertain about the environment and our future. 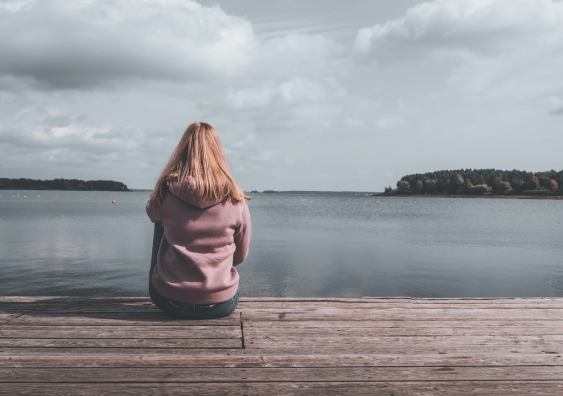 Feeling anxious about the future isn’t particularly new, but the challenges posed by climate change can undoubtedly bring about intense feelings of uncertainty. And while climate anxiety isn’t strictly a medical diagnosis, there are some suggestions it’s becoming more common and could impact our mental health long term.

Dr Susanne Schweizer from the School of Psychology at UNSW Science studies how humans, particularly adolescents, deal with uncertainty. She suggests climate anxiety – or eco-anxiety – may be on the rise.

“There does seem to be increasing anxiety caused by climate change and climate change-related events. It’s specifically an existential worry about the impact of climate change on the lived environment. How it will change during the course of our lifetime and for future generations,” Dr Schweizer says.

While research into the impact of eco-related uncertainty is still emerging, Dr Schweizer says uncertainty, in general, has been shown to impact our mental health.

“Feeling that something is uncontrollable can certainly cause distress,” Dr Schweizer says. “Where we feel like we can’t engage in activities that will have a meaningful consequence or change the outcome, then that can lead to disillusionment and hopelessness.”

Read more: Citizens for climate action: the power of individuals banding together

Chris Black, 15, is a climate activist and organiser in the School Strike 4 Climate campaign. The Oxford Falls Grammar student has experienced the catastrophic impacts of climate change firsthand.

“The Black Summer bushfires, my grandparents’ house in the Blue Mountains came extremely close to burning down,” Mr Black says.

A year later, Mr Black was caught up in Cyclone Seroja that hit Western Australia.

“We had to evacuate the hotel. It was completely destroyed and, unfortunately, someone died almost right in front of me,” Mr Black says. “It’s something that has really affected me, which got me thinking more about climate change. I thought: I need to do something, and I need to act.”

The experiences have fuelled Mr Black’s anxiety about the future of the climate – something that weighs on his mind daily.

“It’s a constant worry about, am I going to have a future? What is the world going to look like when I’m an adult?

“But it can also be more serious, and it can manifest in physical symptoms too, and it does factor into decisions I make.”

“I notice there are a lot of kids similarly concerned, in the same way that I am, about the uncertainty surrounding the climate crisis. Seeing all these worsening effects without anyone being held to account is just really affecting us.

“Friends are worried that their houses might burn down, worried about their family who live in places like Lismore where floods have hit.” 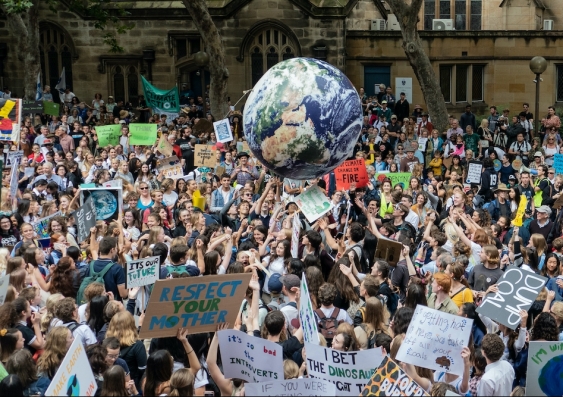 Read more: Stormy times still ahead unless lessons are learnt from recent floods

Dr Schweizer also suspects climate anxiety to be more prevalent among younger people, who she says are coming of age at a particularly challenging time in history.

“Existential questions, like those posed by climate change, are hard to resolve. While there has been awareness for these issues in previous generations, the lack of certainty around the climate is a lot more visible and present than it has ever been,” Dr Schweizer says.

“So while every generation faces uncertainty, I think young people face a complex set of insecurities interlinked with the climate – like affordable housing, food security, natural disasters and pandemics – that threaten their hopes of certainty for a liveable environment in the long-term future.”

While younger people may be disproportionately feeling the psychological effect of eco-anxiety, Dr Schweizer says they might also be the most adept at dealing with the uncertainty.

“On the one hand, we know from studies that, as an age group, younger people are generally more tolerant of uncertain situations,” Dr Schweizer says.

“But we are also seeing a rise in mental health problems globally… and so it would be important to find out if they’re beginning to experience greater anxiety and distress related to climate uncertainty.”

Read more: How climate scientists talk to their kids about climate change

However, just as there’s no quick fix for climate change, there’s no easy solution to quell our climate-related distress. Dr Schweizer says we could try and focus on becoming less fixated on predicting the future and embrace the idea that uncertainty is a part of life.

“Importantly, I am not suggesting we shouldn’t do everything possible to combat climate change,” says Dr Schweizer. “[But] if we adopt a more scientific mindset, we might increase tolerance and acceptance of uncertainty as the status quo. It could help us learn to become more comfortable with these types of uncertainties, including climate uncertainty.”

While younger people might still feel overwhelmed by the challenge that lies ahead, Mr Black says young voices can make more of a difference than you might think.

“Start having a conversation about it. It can really have an impact,” Mr Black says. “[I encourage] you to become part of our group or another group because while our voices can have a huge impact individually, we can have an even greater impact together.”

For help  and support, call: