Help for our kelp: the global movement to restore our underwater forests

Marine ecologists from UNSW Sydney have pieced together the untold history of kelp forest management around the world. The findings will help us understand how we can bring this vital ecosystem back from the brink. 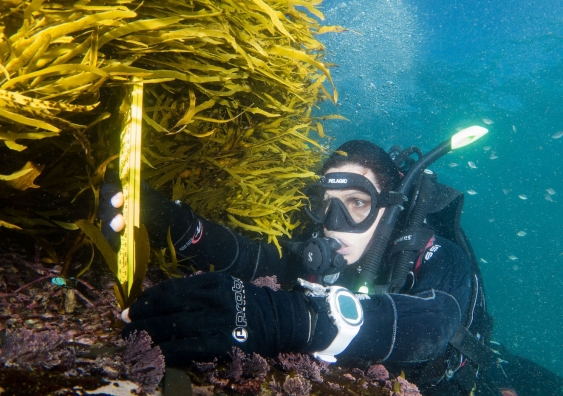 You’ll likely know that the ocean is full of treasures waiting to be explored. But there’s one hiding just beneath the surface with a story that could be one of the best-kept secrets of them all.

Living in shallow ocean waters off a third of the world’s coastlines are vibrant underwater jungles of brown algae seaweed known as ‘kelp forests’. While similar habitats like coral reefs often get more attention, these marine forests are one of the most striking and productive ecosystems on earth.

“They’re like a beautiful rainforest, but underwater. They are hubs of biodiversity, playing a role in capturing carbon and providing a habitat for many species,” says Professor Adriana Vergés, a marine ecologist from UNSW Sydney.

While kelp forests support hundreds of millions of species and people alike, they are disappearing around the world at an alarming rate. Despite being known for their high growth rate, in some places, entire forests have virtually vanished.

Ocean warming is accelerating the decline, with heatwaves directly impacting the kelp which need cool and nutrient-rich water to thrive. An explosion in sea urchin numbers due to overfishing predator populations is another factor.

“We call it trophic cascade,” Prof. Vergés says. “There aren‘t enough predators to keep the numbers of sea urchins in check. They overgraze on kelp forests to the point where many populations are very close to being completely gone.” 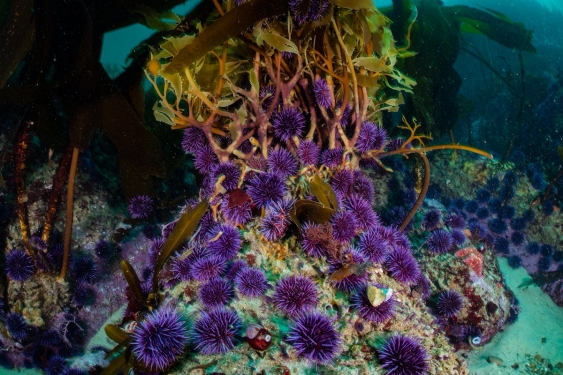 For Aaron Eger, lead author of the study and Scientia PhD candidate at the School of Biological, Earth and Environmental Sciences, the results tell a story of hope and realism.

“We found true success stories from all around the world, each showing that restoration, while currently costly, is an achievable goal to strive for, and you can reverse the long-term ongoing environmental damages,” Mr Eger says. “But it’s been expensive, it’s mostly been small-scale, and they have been isolated efforts.”

Previously, the history of kelp forest restoration efforts has often gone untold, and the lessons learned from each attempt have never been brought together.

“Kelp forests have been relatively understudied despite their massive importance,” Mr Eger says.

“As we dug into the research, especially from literature sources that aren’t English, we uncovered this rich history of kelp forest restoration and management across generations, continents and centuries, and we’re bringing it all together for the first time.” 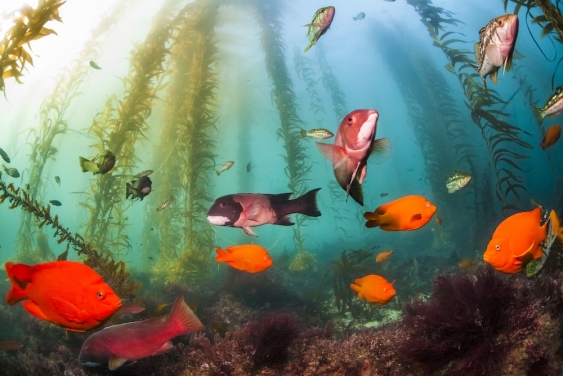 Kelp forests are some of the most productive ecosystems on earth. Photo: Ralph Pace.

In medicine, there is a phrase that prevention is better than cure, and the same philosophy applies to environmental management.

Because when it comes to restoring kelp forests, it turns out starting from something is better than starting from nothing. The researchers found that successful restoration efforts prioritised managing and protecting remaining kelp.

“Reforestation – working with what you’ve got there already – tends to be more effective than afforestation, where you start from scratch,” Mr Eger says.

“We found a strong relationship between success and how close the restoration project was to an existing forest. It suggests some positive dependency between existing kelp forests that helps them support one another.”

“Protecting what is still there is the number one priority.” – Prof. Adriana Vergés.

“They’re important not just by themselves, but they’re vital in contributing to the restoration of the ecosystem. So, if we restore close to existing kelp forests, they will have the best chance of surviving.” 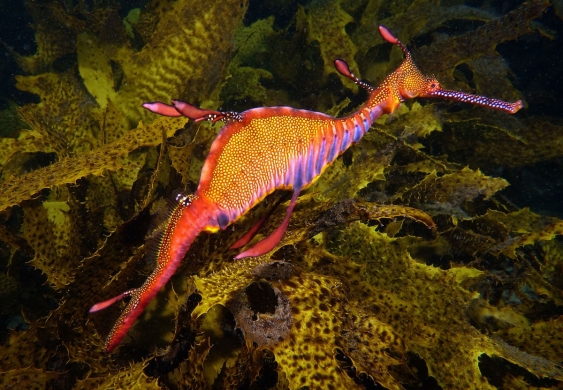 Many species that rely on kelp forests cannot be found anywhere else on Earth. Photo: John Turnbull.

While most restoration projects take place on scales of less than a hectare, six recorded projects successfully restored more than 100 hectares, showing that restoration is possible on a large scale.

“We found that some of the more successful projects worldwide have also been government-led,” Mr Eger says. “They have the funding, they have the resources and can deal with the legal framework required to restore hundreds of hectares at a time.”

But time is ticking. In places like Tasmania, which have lost 95 per cent of their giant kelp populations in the last few decades, the window for intervention is limited.

“There aren’t that many places where kelp populations are thriving. Where we have positive stories in places, they tend to be the exception, not the rule,” Mr Eger says.

While protecting dwindling populations is the priority, for the best chance it’s also essential to begin to restore areas before the entire region has lost its population.

“In places where kelp populations haven’t disappeared yet, it doesn’t mean that we have lots of time left. And as we see from the places where they’re gone, it’s incredibly difficult to restore,” Mr Eger says. 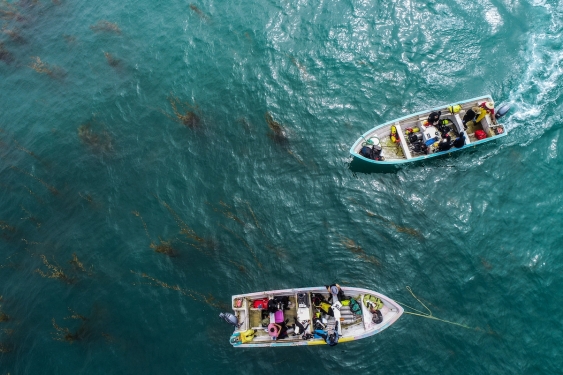 When it comes to re-growing our underwater forests, the research uncovered many different methods that attempt to restore kelp populations worldwide – some more effective than others.

Seeding – a technique where seeds of different plant species are mixed to re-establish a community – could also help scale up kelp restoration projects to larger sizes at reasonable costs if successful.

More experimental methods of restoration, such as genetic manipulation of kelp species, also have potential, but come with unknown risks for holistic ocean management.

“It could be possible to develop a universal method that is low cost, easy to access and can be replicated over large scales, but there’s a lot of research and a lot of money that still needs to be put into it,” Mr Eger says. 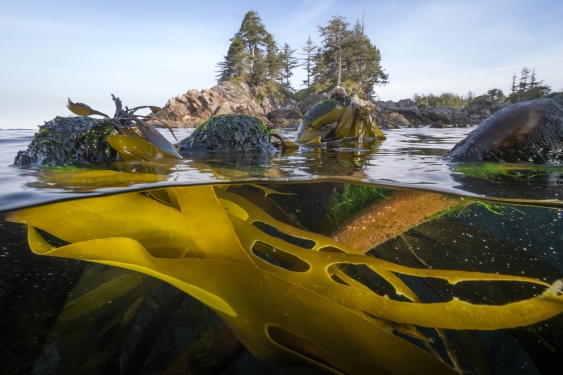 Kelp forest management is an under-researched area, according to the researchers. Photo: Grant Callegari / Hakai Institute.

Any universal methodology would need to account for ocean warming and high sea urchin populations – in fact, the research found that urchin grazing is the most frequent reason that kelp restoration is needed and the most common cause of a project’s failure.

“If we don’t address the sea urchin and temperature problems, it doesn’t matter how good the method is. But if you address those problems and don’t have a good scalable method [it’s not much use either],” Mr Eger says.

While restoration projects have been costly to date, the researchers say costs are reducing, and kelp restoration’s social and economic benefits are high ­– an estimated $100,000 to $200,000 per hectare, Mr Eger says.

“There’s some strong emerging research on just how valuable these ecosystems are in terms of services they provide through fisheries, nutrients, and carbon capture. That doesn’t even include snorkelling or diving, or its cultural significance,” Mr Eger says.

“We just have to convince governments and larger businesses that it’s worth investing in and doing more research into refining the practice.” – Aaron Eger.

The researchers say that if interest in kelp forest restoration continues to swell, new opportunities will emerge to help finance restoration projects besides typical philanthropic sources.

“Sea urchin fisheries can provide a food source and economic benefit, and with the right targets and approach, can help manage and restore kelp forests too,” Mr Eger says.

“There are also emerging ideas about incentivising large companies to contribute financially to restoration work either through a biodiversity credit or potentially carbon credit perspective.” 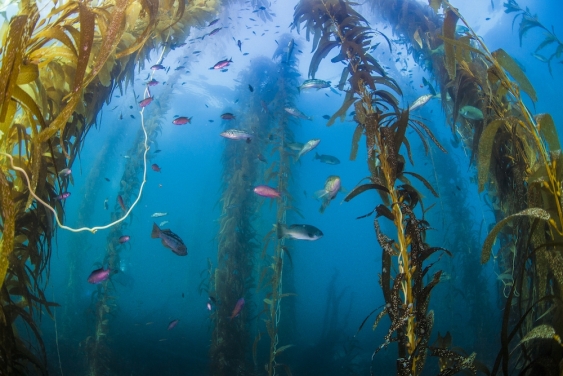 Prof. Vergés says there is an opportunity to develop an industry of coastal marine restoration that will also have economic benefits.

“There’s a coastal restoration industry happening on land, but we don’t have the equivalent in water,” Prof. Vergés says.

“Many of the efforts are being driven by academics, who usually work on short-term and small-scale projects. But we need the help of industry to bring it to scale – and that will have co-benefits like contributing jobs and fuelling coastal economies.”

But failure to act now will have devastating flow-on effects.

“If you remove such a large carbon-capturing species from the ecosystem, there will be more carbon in the atmosphere, which means more warming, which leads to less biodiverse and less functioning ecosystems,” Prof. Vergés says.

“Also a lot of the species present in Australian kelp forests also can’t be found anywhere else in the world – so if they disappear, they disappear off the planet forever.” 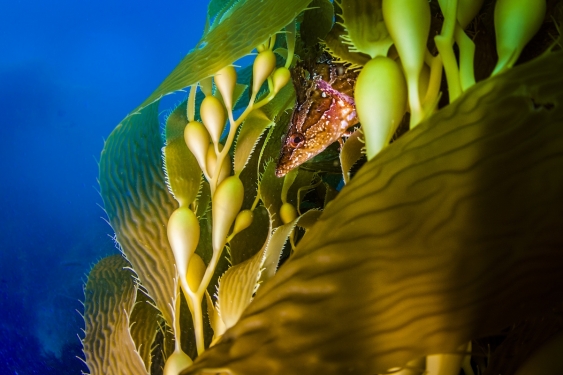 Everyone can play a role in supporting our underwater forests. Photo: Ralph Pace.

For the everyday person, it might seem like your actions are just a drop in the ocean. However, collectively, we can make a big difference in kelp forest restoration efforts.

“There are things we can all do, and a lot of it comes back to just being a mindful consumer and responsible citizen on this planet,” Mr Eger says.

“There are also some interesting roles for citizen scientists in monitoring kelp forests especially and tracking how these populations are doing and changing through time.”

But perhaps the most effective action we could take is to simply help shine a light on our kelp forests with the people in our lives – something Prof. Vergés says everyone can have a role in.

“Raising awareness and spreading the word is really important, perhaps even more so than having helping hands.” – Prof. Adriana Vergés.

“People love to learn about what’s in their backyard, and so sharing the beauty of kelp forests is incredibly powerful because people can see with their own eyes these hubs of biodiversity that are home to species that cannot be found anywhere else on Earth.”

As part of the global efforts to consolidate and share experiences and learning, the researchers also established a new living database that will continue to monitor progress towards kelp forest restoration projects worldwide. 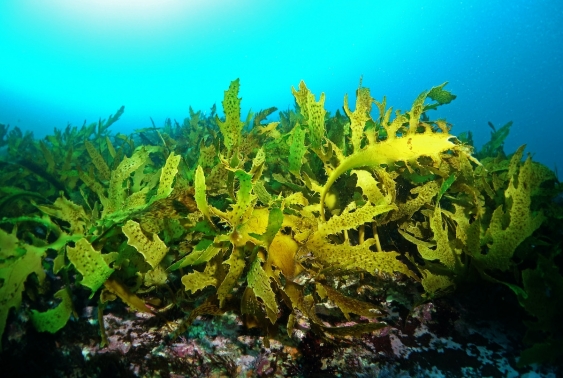 It will be an uphill battle to save kelp forests without significant climate action. Photo: John Turnbull.

“The goal is to keep sharing information on how these projects are going, what lessons we’re learning in real-time and to connect people within the community,” Mr Eger says.

“I want to keep the momentum going and continue to move the field forward in a positive direction to give ourselves the best chance of restoring these vital marine ecosystems.”

However, without action on climate change, it will be an uphill battle to save our kelp forests.

“It cannot be overstated how important and urgent it is, not just for kelp forests, but for the planet’s future, to reduce carbon emissions, shift to renewables, and that kind of structural change needs to happen on a government level,” Prof. Vergés says.