Photos from the field: Diving with Tasmania's rare and elusive handfish

These tiny fish with oversized hands crawl along the seafloor. They only live in two locations in the world, and they’re disappearing rapidly. 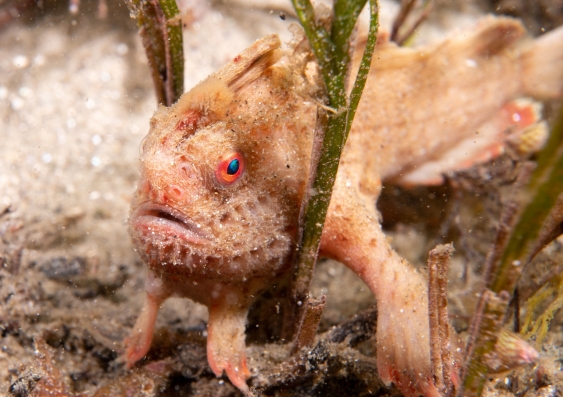 Environmental scientists see flora, fauna and phenomena the rest of us rarely do. In this series, we’ve invited them to share their unique photos from the field.

On the surface, it looks like any other bay near Hobart. But beneath the calm waters live a small population of one of the rarest and most endangered fish in the world: the red handfish.

I was diving in early 2020 with a small crew of some of the best handfish hunters on the planet, people who had monitored and nurtured knowledge of this tiny creature over recent years.

We laid out a series of “swim lanes” using survey tapes, which we would then search painstakingly in our wetsuits and SCUBA gear. We would take perhaps an hour to drift along each 50 metre lane, carefully moving seaweed and peering into each little nook for elusive handfish. 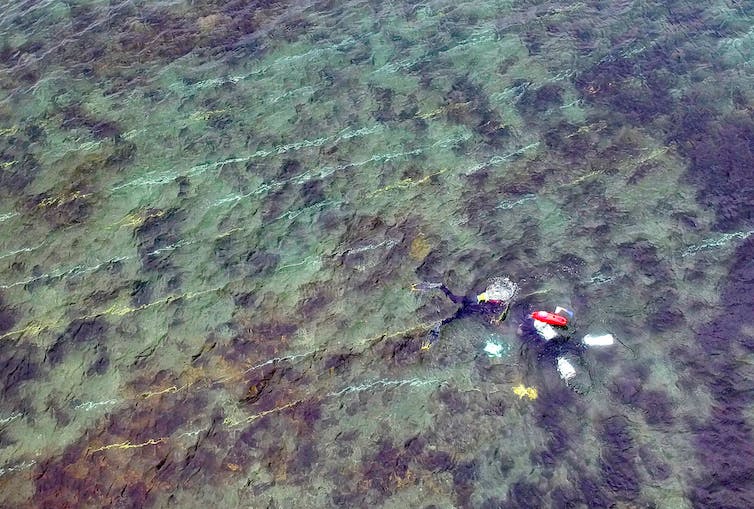 Towards the end of my first lane, I found one. Nestled between two seagrass plants, the little fish with its seemingly oversized hands stared up at me.

I marked it with a bright yellow flag so the research team could record the little critter in all its glory. This involved collecting essential scientific information, such as length and photographs of both sides of the fish, all the while avoiding disruption to it and its environment. 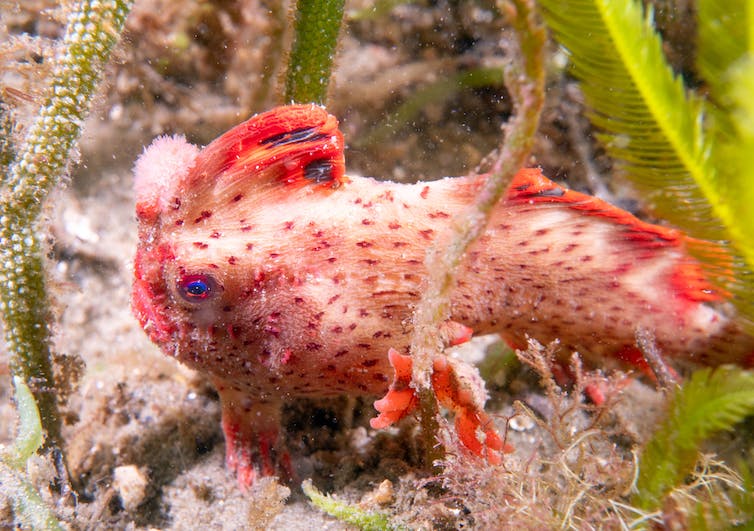 In this photo, you can clearly see the fluffy lure on the red handfish’s head. Photo: John Turnbull, Author provided.

There are just two small areas near Hobart, and therefore in the world, where the red handfish is known to still live, amounting to a wild population of around 100 adults.

Earlier this year, the species was thankfully earmarked for federal conservation funding, but more must be done to stop this otherworldly creature from continuing to vanish.

Red handfish are cryptic and bizarre

Red handfish (Thymichthys politus) are a contradiction – this species is just several centimetres long, partly camouflaged yet trimmed by flashes of bright red. They are cryptic, and use their enlarged pectoral fins resembling human hands to walk across the seafloor, rather than swimming in the water column.

Handfish are a type of anglerfish. They are ambush predators, which means they prefer to sit and wait among seaweed, sponges and other cover for their prey to swim past, before they strike.

To help attract their prey – such as small fish and invertebrates – they have a fluffy lure on their forehead. 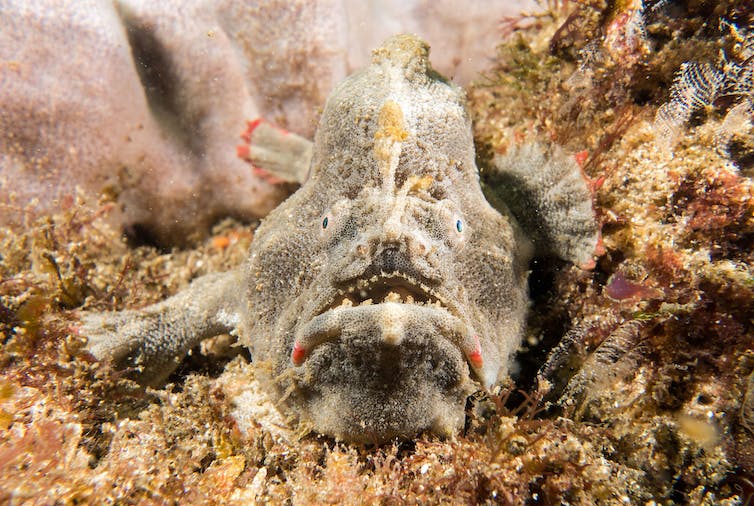 This is another species of anglerfish, called the Bare Island anglerfish (Porophryne erythrodactylus), which is endemic to a small region of NSW. Photo: John Turnbull, Author provided.

With so few left, the red handfish is extremely vulnerable to any pressures impacting the two areas it’s found in.

This includes habitat loss (driven largely by a boom in native urchins overgrazing seaweed), pollution and other urban impacts.

Direct disturbance by humans such as boating, anchoring and possibly diving are also potential threats, particularly during breeding season. And climate change impacts, such as warming waters, also play a big role in the decline of the species. 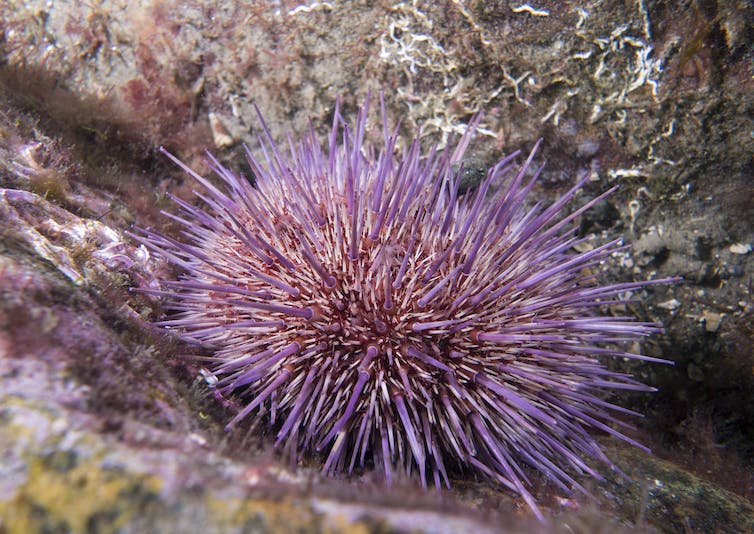 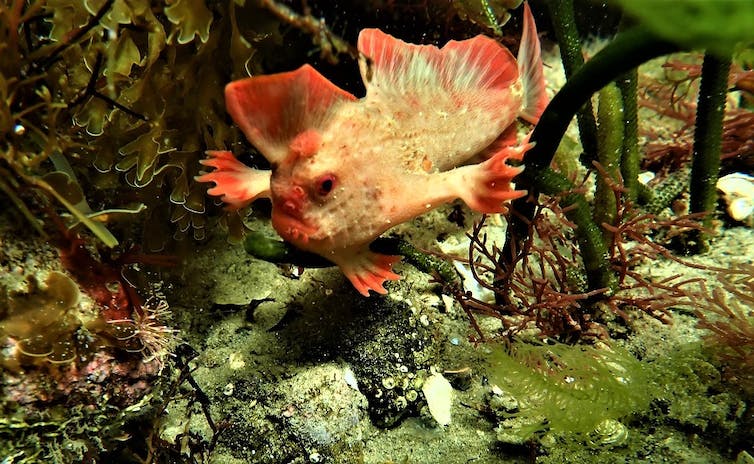 The red handfish aren’t Australia’s only handfish, with the southeast of the continent home to 14 different species.

One, the Ziebell’s handfish, lives deeper than the red handfish and we know even less about its conservation status. Another, the spotted handfish, lives in the Derwent estuary and nearby, with a population of fewer than 3,000 individuals.

Both of these species, along with the red handfish, are critically endangered. 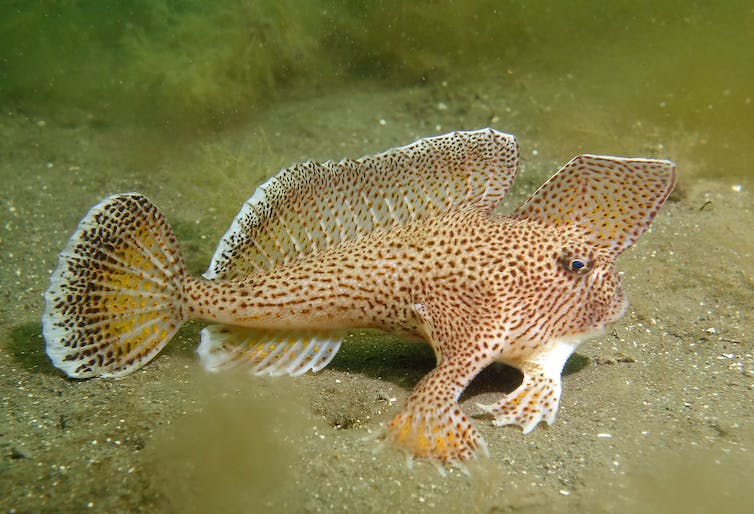 The decline of the spotted handfish has been in attributed to the invasive Northern Pacific seastar and heavy metal contamination. Photo: John Turnbull, Author provided. 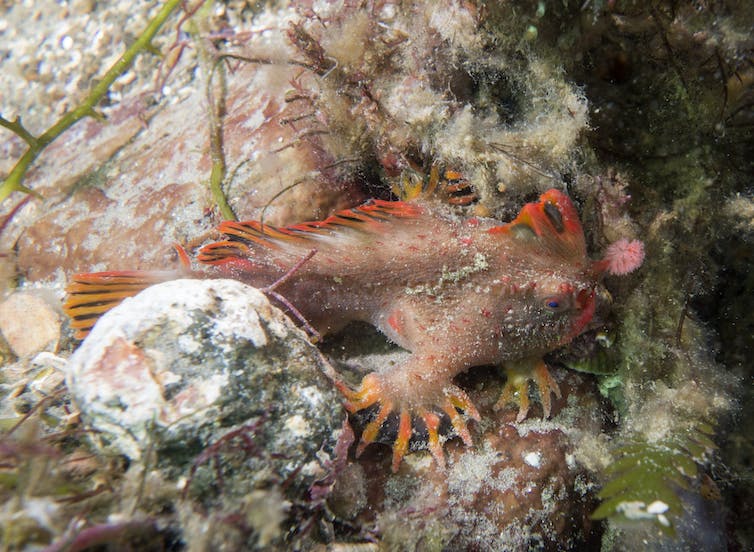 How we’re protecting them

This strategy involves collecting eggs from the wild, and nurturing the young in captivity. There, they have unlimited food, and they’re protected from predators and harsh conditions. 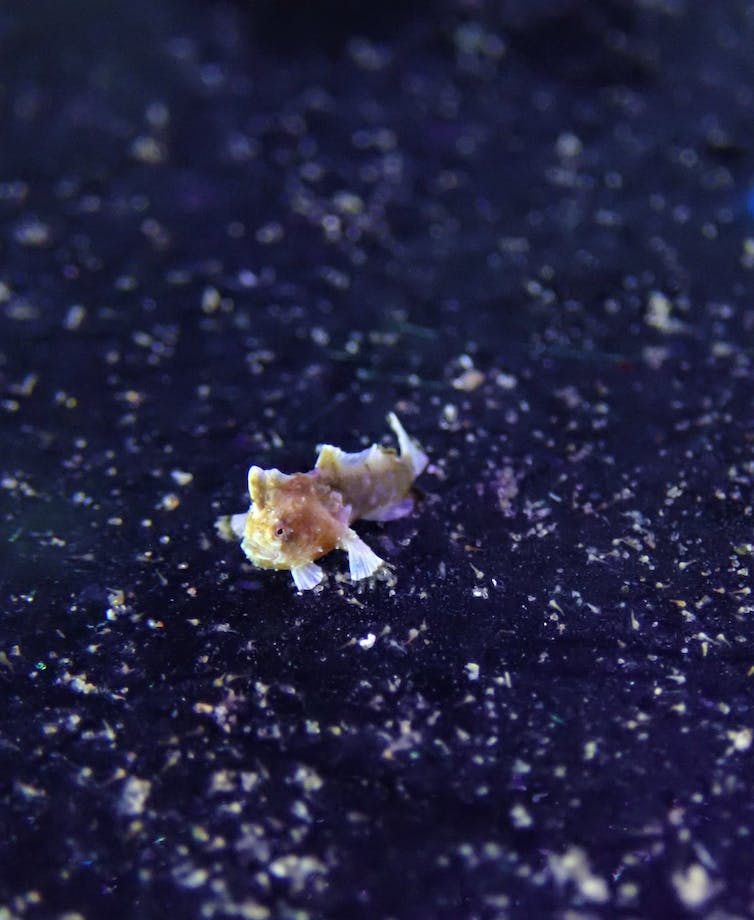 Only a few millimetres in size, this baby red handfish represents one of 71 juveniles that hatched successfully at the Institute for Marine and Antarctic Studies in 2020. Photo: Jemina Stuart-Smith, Author provided. 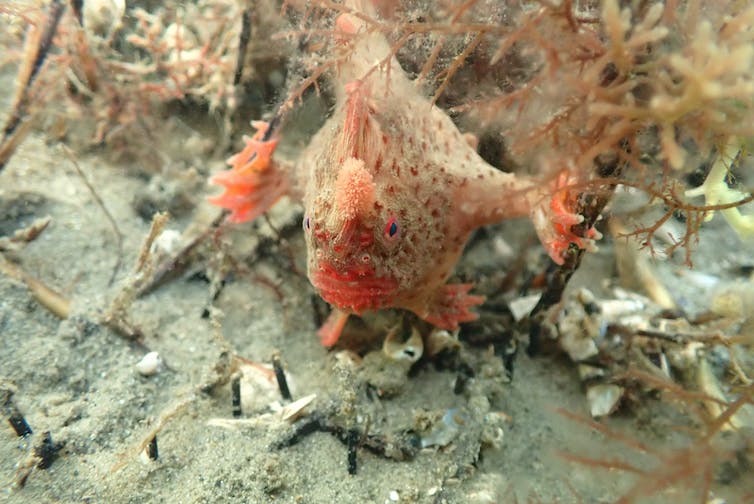 Once big enough, handfish are released back into the wild, and monitored through dive surveys which identify individual fish through their unique pattern of spots, similar to the way we use fingerprints.

As well as using this finger-printing technique, we’re also using ultra-sound to help us identify fish gender, which we’re otherwise unable to do by sight alone. This information will help us implement a captive-breeding program so we can continue our re-wilding program, and will also allow us to establish a captive insurance population. 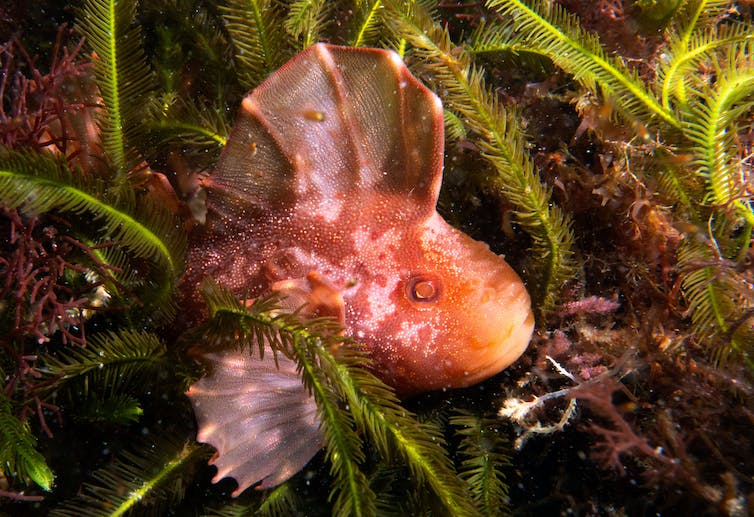 Early habitat restoration efforts have included working with divers to remove urchins, but we now plan to couple this with seaweed restoration trials. Through these efforts, researchers hope to halt the decline of red handfish.

But to truly safeguard this species from extinction and increase their numbers, we need longer-term efforts. This includes ongoing mitigation of urban impacts and restoration of ecosystem balance that can only be achieved through improved habitat management.