The same force that allows water to climb trees may prevent it from flowing through nanoscopic pores in certain materials. 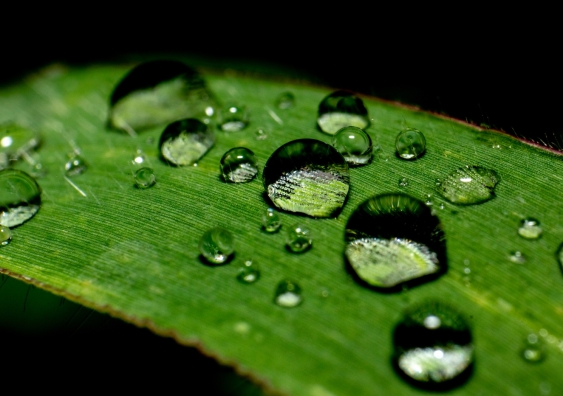 Do more pores in a sieve allow more liquid to flow through it? As material scientists have uncovered, this seemingly simple question may have an unexpected answer at the nanoscale – and it could have important implications in the development of water filtration, energy storage and hydrogen production.

Researchers from UNSW Sydney, University of Duisburg-Essen (Germany), GANIL (France) and Toyota Technological Institute (Japan) experimenting with Graphene Oxide (GO) membranes have discovered the opposite can occur at the nanoscopic level. The research, published in Nano Letters, shows the chemical environment of the sieve and the surface tension of the liquid play a surprisingly important role in permeability.

The researchers observed that a density of pores doesn’t necessarily lead to higher water permeability – in other words, having more tiny holes doesn’t always allow water to flow through at the nanoscale. The study, supported by the European Union and Humboldt Research Foundation funding, shines new light on the mechanisms that govern water flow through GO membranes.

“If you create more and more holes in a sieve, you expect it to become more permeable to water. But surprisingly, that is the opposite of what happened in our experiments with graphene oxide membranes,” says Associate Professor Rakesh Joshi, senior author of the study from the School of Materials Science & Engineering, UNSW Science.

GO is an extremely thin form of carbon that has shown promise as a material for water purification. The chemical compound is made up of a single layer of carbon atoms with oxygen and hydrogen atoms attached. If you imagine scattering LEGO bricks on your floor – the floor would be the carbon atoms, and the oxygen and hydrogen atoms would be the LEGO bricks.

In chemistry, molecules can have what’s known as ‘functional groups’ that are either hydrophobic (water repelling) or hydrophilic (water-attracting). The pores in graphene can also be hydrophobic or hydrophilic.

“Surprisingly, more important for the water flux (flow of water through a membrane) isn’t the number of pores, but whether the pores are hydrophobic or hydrophilic,” says Tobias Foller, UNSW Scientia PhD candidate and lead author of the study. “That’s very unexpected as the GO layers are only one atom thick. One expects the water to just pass through the pores, no matter if they attract or repel water.” 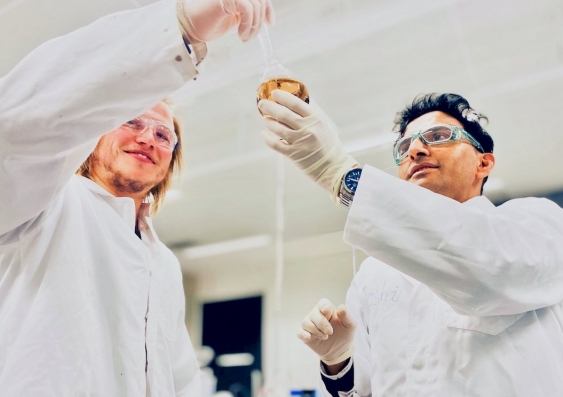 Despite the presence of many tiny holes in the GO filters used in the research, they exhibited a complete blockage of water in the case of hydrophobic pores.

“With filters, you usually expect more water flow with more holes. But in our case, where we have more holes, water flow is lower, and that’s due to the chemical nature of the graphene oxide holes which are in this case water-repelling,” says Prof. Marika Schleberger, a co-author of the study from Duisburg, Germany.

The researchers also say surface tension also contributes to the water interaction with the GO pores. Surface tension arises because molecules, like water, want to stick together. When confined in a sufficiently small space, the bonds between water (cohesion) and surrounding solid surfaces (adhesive force) can act to move the water. This explains how trees can overcome gravity to take water from their roots, up their capillaries, to their leaves.

In GO membranes – where the ‘capillaries’ in this case are pores made at the scale of 1 millionth of a millimetre or less – the very forces that allow water to climb tree capillaries prevent it from flowing through membrane pores.

“When you confine water in the smallest possible capillaries – just the size of a few atoms – the water molecules attract themselves so much they form a tight network. Undisturbed, this network is so strong that it doesn’t allow the molecules to be released and pass through the sieve, even if you increase the number of pores,” says Mr Foller.

Ultrafine sieves made of different materials have a diverse range of applications. The researchers say their findings will help scientists fine-tune liquid transport in atomic sieves and could advance developments like highly precise water filtration systems.

“By understanding which parameters will increase or decreases water flux, we can optimise many possible applications of graphene oxide for water purification, energy storage, hydrogen production and more,” Mr Foller says. “We hope other engineers and scientists can use this new knowledge to improve their own devices, and lead to new developments in the future.”