Food security: the world is hungry for a solution

The complex issue of global food security can only be solved if all nations work together, a UNSW expert says. 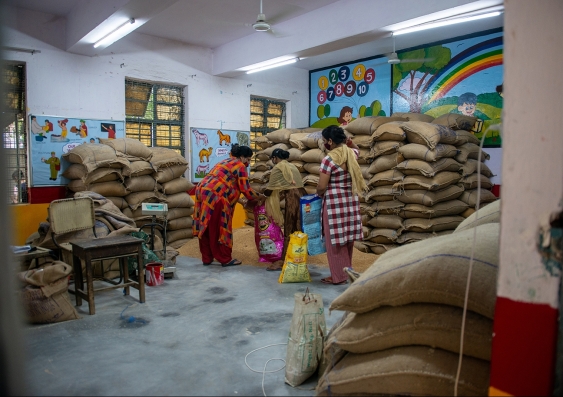 Food security may have come more into the spotlight recently in the wake of issues related to COVID-19, rising inflation, extreme weather events and regionalised conflicts – but it has been for decades on the agenda of the United Nations.

As defined by the United Nation’s Committee on World Food Security, food security is achieved when all people, at all times, have physical, social, and economic access to sufficient, safe, and nutritious food that meets their food preferences and dietary needs.

Sadly, even in 2022, these standards have not been met.

UNSW food security expert Professor Johannes le Coutre, from the School of Chemical Engineering, says for the world to achieve food security, there needs to be a balance between the health of the population, the economy and the environment.

“The cornerstone of food security is that every person has access to enough safe and nutritious food,” he says.

“However, global issues such as climate change, geopolitical conflict and pandemics have really reversed years of progress in eradicating this pressing issue.

“We need to take action now if we want to tackle the emerging food crisis we are in.” 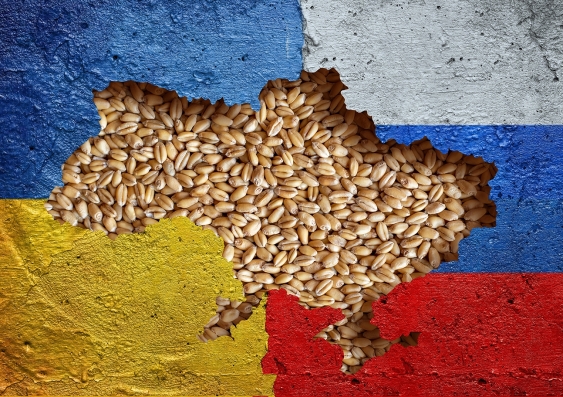 Ukraine, often referred to as the 'breadbasket' of Europe, exports over $4 billion in wheat, but there has been a dramatic drop since the start of the war with Russia. Image: Shutterstock

Globalisation has made the world more connected than ever, bringing together interdependence of cultures and economies.

The war in Ukraine has not only shown us how conflict in one country can have a ripple effect across the world but has also exposed how vulnerable global supply chains can be.

Both Russia and Ukraine are among the world’s biggest producers of agricultural commodities. Long known as the ‘breadbasket of Europe’, Ukraine’s share in global wheat exports is about 10 per cent. But export volumes have decreased by about 50 per cent since the war started.

Prof. le Coutre says the Ukraine conflict has put pressure on global wheat prices and Australian consumers will soon feel the effects, if not already.

“Ukraine is a huge producer of wheat and sunflower oil. While businesses can still source their wheat from local suppliers, the price they pay is still heavily influenced by the global market,” he says.

“Food shortages triggered by the war have affected food prices everywhere else and we will start to see prices for these goods slowly creep up as the supply has been tightened.

“Many African countries such as Somalia and Egypt, but also Turkey or Bangladesh are big importers of Ukrainian wheat so the instability of the war will affect the supply in these importing nations.

“Sometimes geopolitical issues can quickly escalate, showing a downside to being more connected.”

Supply chain issues are one problem, but how often do we see perfectly good meals go into the bin when only half-finished?

Around 30 per cent of the world’s food production goes to waste – that’s 1.3 billion tonnes of food, costing the global economy approximately $940 billion every year.

There is a belief that solving the problem of food waste could put an end to world hunger, but Prof. le Coutre says that’s not entirely true.

“Food is wasted at every level: by the agricultural producer, retailer, institutions and consumers,” he says.

“Sure, if we reduce food wastage, there may be enough food in the world to feed everyone. But that doesn’t mean every person has the purchasing power to buy that food.

“What we need to do is also create wealth. If we have food and wealth availability, only then we’ll have a real chance at solving the global food security problem.”

Read more: Tonight, I'll be having cultivated meat with a side salad

Australia isn’t called the ‘the lucky country’ for nothing.

An analysis by the Department of Agriculture, Fisheries and Forestry concluded that Australia does not have a food security issue.

In fact, Australia produces substantially more food than it consumes and is considered one of the most food secure nations in the world. Only 11 per cent of our food is imported and this is mostly driven by diverse tastes and preferences.

While we may see short price surges in food from time to time, these disruptions are usually only temporary. Prof. le Coutre says Australia is in a much better position compared to the rest of the world.

“Australia’s food landscape is in relatively good shape. We have extremely premium livestock and the quality of our fruits and vegetables reflects our strong agriculture industry,” he says.

“While we don’t have an imminent food security problem, our overall economy is still heavily reliant on exports.”

In 2020-21, Australia’s agricultural sector was worth approximately $71 billion, according to the latest figures by the Australian Bureau of Statistics. With almost 70 per cent of our commodities shipped overseas, this leaves Australia vulnerable to global supply chain disruptions or natural disasters that can impact crop seasons, says Prof. le Coutre.

“We’ve already seen how conflict in countries halfway across the world can impact food prices locally,” he says.

“So, it’s important that we shift our focus on further developing the domestic food manufacturing and processing market as well.”

For many years, the belief was that supplying people with enough calories would mean they lived longer – but modern health economics tells a different story, says Prof. le Coutre.

“At the turn of the century, we started noticing a plethora of health issues, such as diabetes and obesity, starting to become more common in the community. And then people started realising that what they ate had a huge impact on their health,” he says.

“If we provide people with inadequate food, it’s only going to create more health issues for them.

“People need access to high quality healthy food – and at affordable prices too. With rising food costs and global food shortages, it's harder for people from low socio-economic demographics to access good food.

“A healthy population means they can contribute to a healthy economy which in turn can support providing better food – it’s the economic health cycle.” 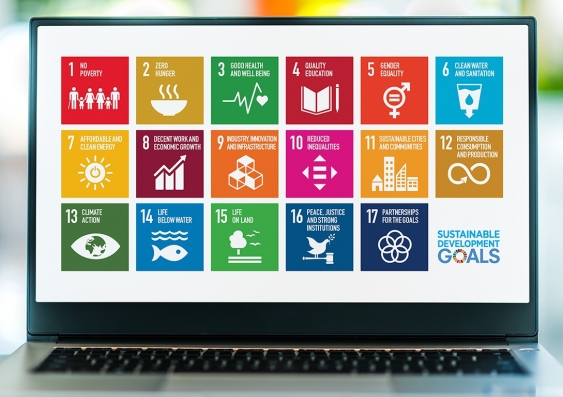 Established in 2015, the 17 Sustainable Development Goals are set by the United Nations and address the global challenges we face including poverty, inequality, climate change, environmental degradation, peace and justice. Image: Shutterstock

The United Nations Sustainability Development Goals (SDG) represent a blueprint designed to end poverty and improve health and education. From zero hunger to providing decent work and economic growth, each SDG has its own targets, indicators and progress reports.

While only a handful of the SDGs specifically call out targets around food, the overarching themes of all 17 goals can be linked to food and agriculture.

Prof. le Coutre says all the SDGs are interconnected and achieving them all will put an end to the world’s food security issue.

“Food security is a multifaceted and multi-dimensional problem, and the solution must go hand-in-hand with strategies that improve the livelihood of people beyond providing food,” he says.

“But it must be done on a global scale and all stakeholders need to commit to the goals – you can’t have some of the world’s biggest emitters of greenhouse gases operating at the same scale in 10 years, it’s just not going to work.

“Just as the impact of these issues are linked, so are the solutions. We all have a key role to play in making sure these targets are met.”