Good with faces? New research suggests that your ability might be more akin to piecing together a jigsaw puzzle than taking a photograph. 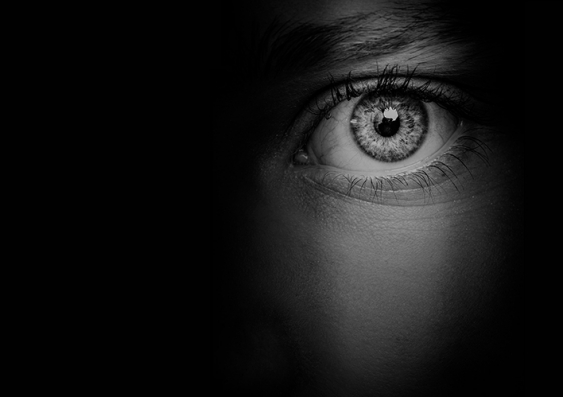 Instead, they argue, people who are great at learning and remembering new faces – also known as super recognisers – can divide new faces into parts, before storing them in the brain as composite images.

“It's been a long-held belief that to remember a face well you need to have a global impression of the face, basically by looking at the centre and seeing the face as a whole,” said study lead author, Dr James Dunn.

“But our research shows that super-recognisers are still able to recognise faces better than others even when they can only see smaller regions at a time. This suggests that they can piece together an overall impression from smaller chunks, rather than from a holistic impression taken in a single glance.”

Are you a super-recogniser? Take the UNSW Face Test

In a paper published today in the journal Psychological Science, the researchers described how they set up an experiment that tested both super recognisers and people with average face recognition skills to see whether revealing only small areas of a face at a time made any difference to super recognisers’ superior ability to remember a face.

Not only did super recognisers continue to perform better when only seeing small parts of a face at a time, but they seemed to spend less time looking at the eyes than other participants in the test.

But according to Dr Dunn, the results don’t mean that super-recognisers are necessarily doing anything differently than the rest of us.

"It seems that super-recognisers are not processing faces in a qualitatively different way from everyone else,” Dr Dunn said. “They are doing similar things to normal people, but they are doing some important things more and this leads to better accuracy.”

The researchers recruited 37 super-recognisers and 68 typical recognisers and sat them before a computer screen. There, they looked at faces through a ‘spotlight’ that captured up to 60 per cent of the face at the largest aperture, down to just 12 per cent at the smallest aperture, using eye tracking technology.

Each person had five seconds to scan an outline of a face, and only the parts of the face that their gaze illuminated was revealed in detail, with the rest blurred beyond recognition. As they looked around the face, new details of the face were revealed, while the preceding area was again obscured. They looked at a total of 12 faces.

In the next phase they were presented with 24 faces – the 12 that they had viewed in the first part of the test, and 12 new faces – and asked to identify the faces they had seen in the face learning phase.

“We found that they actually look at the eyes less. This is despite the fact that a lot of research has been saying that looking at the eyes is such an important part of recognition and that the eyes do contain visual information that can give away a person’s identity.

Read more: Why the brain is programmed to see faces in everyday objects

“So this was a bit of a mystery. One theory we have is that looking away from the eyes creates the opportunity to extract identity information from other features.”

The researchers said their experiment changes the way we think about why some people are better than others at committing a face to memory.

“We think one of the things they're doing uniquely is exploring the face more to find information that is useful for remembering or recognising a person later. So when super-recognisers learn a face, it is more like putting together pieces in a jigsaw puzzle than taking a single snapshot of the whole face.”

So are super-recognisers good at other tasks, like matching patterns, remembering phone numbers, or having photographic memories?

While that wasn’t a subject of this particular study, Dr Dunn said that in another study recently published in Psychonomic Bulletin & Review they found that those who are good at comparing images of people’s faces – like comparing someone’s face to their driver’s licence photo – may also be good at comparing other types of visual patterns.

“We are starting to find evidence from super-recognisers and the public that people who were accurate when matching photographs of faces also tended to be more accurate matching other types of visual patterns, like the fingerprint and firearm samples that are analysed by forensic scientists.

“This leads us to believe that there is a general ability to compare complex visual patterns that is shared across different objects, which means that the same skills that make someone good at matching faces may also help you compare these other patterns as well,” he said.

Looking ahead, Dr Dunn and his fellow researchers are keen to take super-recognising out of the lab and into the real world. They plan to have super-recognisers wear special eye-tracking glasses that record what their eyes are doing as they move about in the world and interact with people.

“We’d like to see whether some of the things we’ve observed in the lab about how super-recognisers learn and remember faces are the same in their day-to-day life.”