The Kaldor Centre’s Frances Voon has won the award in the Social Impact category. 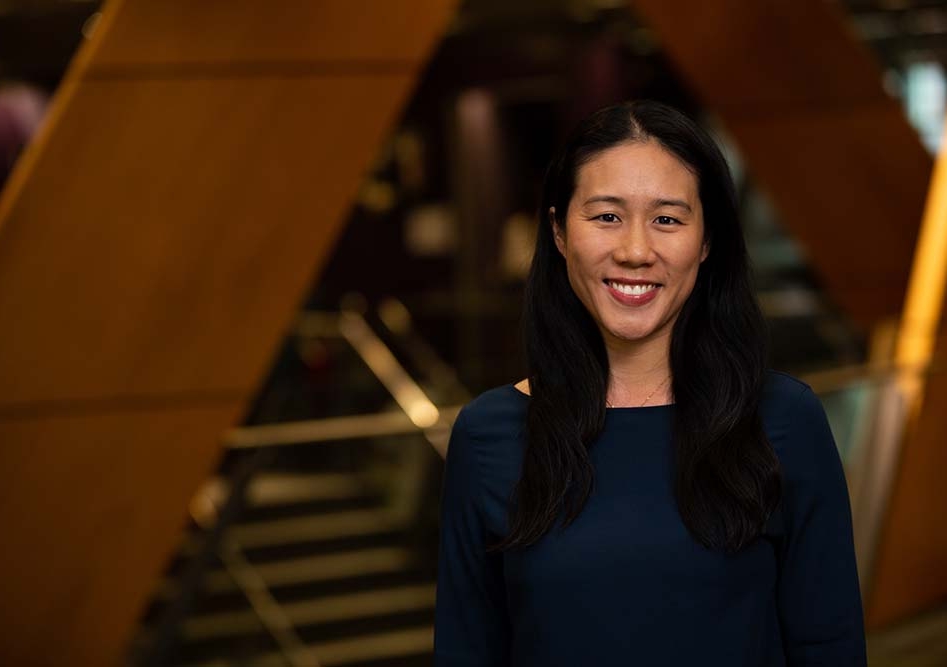 Ms Voon, the Executive Manager of UNSW Sydney’s Andrew & Renata Kaldor Centre for International Refugee Law, is recognised as a global human rights leader who has dedicated her life to advancing the rights of refugees.

“Having worked on the frontline of the UN humanitarian response to the refugee crisis, Ms Voon is now working to reshape the narrative on refugee policy,” said Lynn Dang, a Microsoft executive and board member of Australia for UNHCR, who presented the award for Social Impact.

The awards recognise the achievements of remarkable individuals, but Ms Voon shared credit with others in her career spanning work with international organisations, academic institutions and communities affected by displacement.

“Social impact is not something we achieve alone - we advance it together,” she said in accepting the award. “So, this is really an honour shared with the incredible people who I’ve had the privilege of working with – displaced communities and colleagues in Bangladesh, Jordan, Switzerland, South Sudan and here in Australia.

“I take my hat off to the many people who are doing incredible work in this space.”

At the Kaldor Centre, Ms Voon draws on her rich international experience to urge Australia and other countries to engage constructively to address the collective challenge of displacement. Before joining the Kaldor Centre in 2015, Ms Voon worked for the UN Refugee Agency (UNHCR) in Geneva and South Sudan, for the Jesuit Refugee Service in Jordan, and with the World Food Programme in Bangladesh.

“Displacement is a global challenge that we must rise to, and we will only succeed with a commitment to human rights, international cooperation, and to working together with those directly affected,” she said.

Johanna Pitman, CEO of Advance Global Australians, the network behind the awards, described the finalists as “heroes hidden in plain sight”.

Ms Voon’s leadership at the Kaldor Centre has focused on transforming public and policy discussion about forced migration by injecting evidence and principle into a divisive debate, leading initiatives including the Kaldor Centre’s Principles for Australian Refugee Policy and its award-winning multimedia project Temporary, which gained international and domestic acclaim. Ms Voon also led the Centre’s commitments to improving diversity and inclusion over the long term, including spearheading a mentoring program for refugee scholars.

Through her work, media appearances, parliamentary submissions, and other policy and public engagements, she encourages a global outlook, urging Australians to see themselves as part of a broader international community with shared values and challenges.

Ms Voon is also on the board of the Refugee Advice and Casework Service (RACS). She has a UNSW Sydney Law degree and earned her Masters at the University of Oxford as a John Monash Scholar.

“How a society treats forced migrants is a barometer for its commitment to ensuring that everyone has the opportunity to flourish, regardless of their background,” she said last year when she was named one of the 40 Under 40 Most Influential Asian-Australians.

“Like other migrants, refugees are easy placeholders for social anxieties about difference. A society that sees dignity and strength in diversity can confidently welcome those seeking safety.”