What lobsters can teach us about immortality

Could the key to lobsters’ longevity slow down our biological clocks? 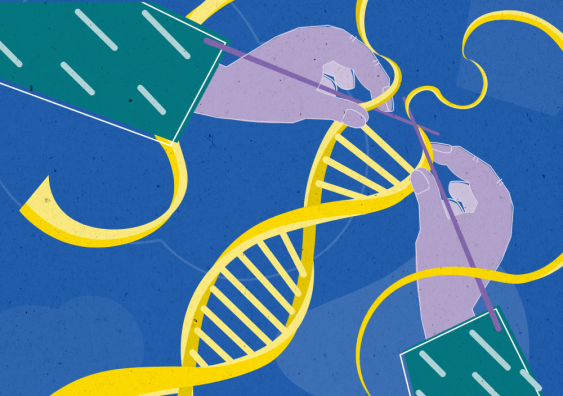 No one likes the thought of getting old, but it seems to be an inevitable part of life. Most species grow, develop and repair damage to their bodies until a certain point in adulthood. After this, the body becomes less capable of repairing itself and slowly starts to accumulate damage.

But this doesn’t seem to apply to lobsters. They keep growing throughout their extraordinarily long lives – the oldest known lobsters captured have weighed over nine kilograms, with ages estimated between 120 and 140 years.

Lobsters don’t die due to old age. Instead, they end up at the seafood buffet or die from exhaustion during moulting – the process where they replace their shell due to their increasing size.

Our cells have a ‘biological clock’

To understand why lobsters are so long-lived, we need to first understand the process of ageing. 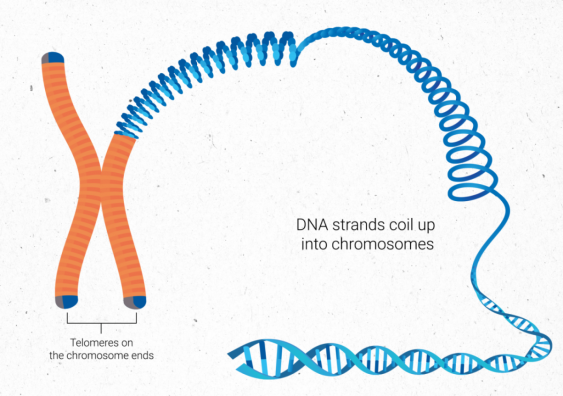 DNA strands coil up into chromosomes, which are capped on the ends by telomeres. Image: Ian Joson/UNSW.

We are made out of cells containing DNA – the genetic code which instructs our bodies to perform all the functions necessary for life. The linear DNA strands are bundled up into structures called ‘chromosomes’. Each chromosome contains telomeres, which are caps on the ends of the DNA strands to protect them from damage. The telomeres are like the plastic tips on the ends of shoelaces, which prevent them from fraying. Without telomeres, the DNA can become damaged and could change the genetic code, which can affect the ability of a cell to function properly.

“You need to be able to protect the information in your genes, within your DNA,” said Dr Ashwin Unnikrishnan, who is Head of the Molecular Mechanisms in Leukemia laboratory at UNSW Medicine & Health. “Cells have evolved a solution to this problem by adding these features called telomeres. These are essentially repeating units of DNA that don’t really encode for any information per se, but can be eroded while protecting the information within the chromosome.” 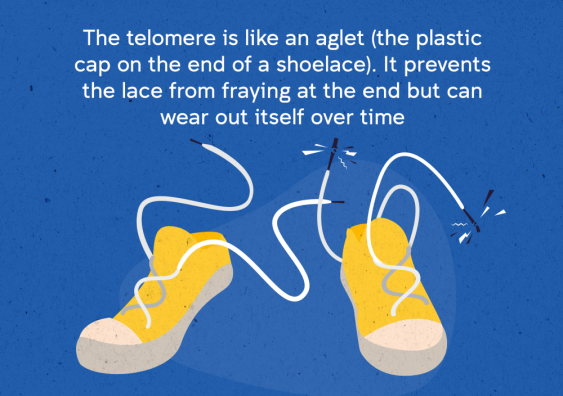 Telomeres can be compared to aglets on shoelaces. Image: Ian Joson/UNSW.

Each cell in our body has a limited lifespan and must renew itself by dividing into two ‘daughter’ cells. Before a cell divides, it must copy its DNA, meaning that two copies of DNA are available – one for each daughter cell. Each time the DNA in the cell is copied, the telomeres get shorter.

“Every time the cell divides you get a little bit of erosion of the telomere. When it gets to a certain critical short length, the cell cannot divide anymore,” said Dr Unnikrishnan.

The length of the telomeres is a ‘biological clock’ which determines how many divisions a cell can make. Eventually, the remaining telomere is too short and the DNA is susceptible to damage. At this point the cell stops dividing, and either destroys itself or becomes inactive. As humans (and most other species) become older, many of our cells reach this stage, meaning that our bodies break down and ultimately stop functioning. 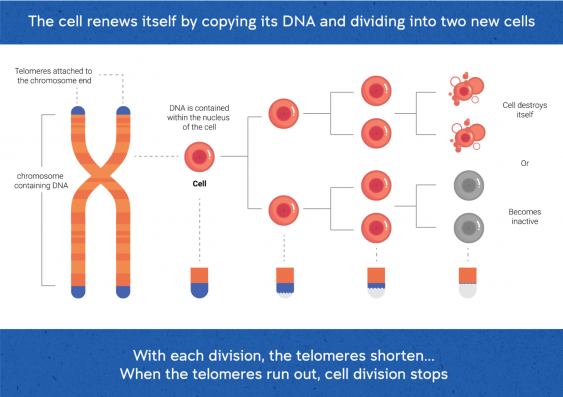 Telomeres shorten with each round of cell division. Image: Ian Joson/UNSW.

The secret to lobster longevity

Lobsters have an extraordinary lifespan due to an enzyme called ‘telomerase’ in many of their cells. Telomerase restores the length of telomeres, increasing the number of divisions a cell can make before it dies or becomes inactive. This allows the cells to keep dividing and lobsters to keep growing and repairing their bodies – hence their very long lives.

Humans only have active telomerase in certain special cells, for example stem cells, which can keep renewing themselves for very long periods. Other cells in our bodies, which do not contain what has been dubbed the ‘immortality enzyme’, have a limited lifespan until the telomeres run out.

This leads us to the inevitable question: could humans use telomerase to slow down our biological clock and live for longer? Well, don’t be lining up for your telomerase treatment anytime soon – there is a connection between telomerase activity and cancer.

"My main reason for being sceptical of this strategy is that [telomerase] is not normally expressed in most adult cells. But it's often 'turned on' in cancer cells… helping maintain the 'immortality' of cancer," said Dr Lindsay Wu, Head of the Laboratory for Ageing Research at UNSW Medicine & Health.

Cancer cells, unlike normal adult cells, often activate the telomerase enzyme. The telomerase keeps repairing their DNA and enables them to divide many times without being controlled by a ‘biological clock’.

The complex relationship between telomeres, ageing and cancer needs to be better understood before telomerase could potentially ever be used in a therapeutic setting. For now, lobsters will be laughing at us from the bottom of the ocean as we take our third nap of the day and forget where we left the car keys (again).