What's so super about superfoods? 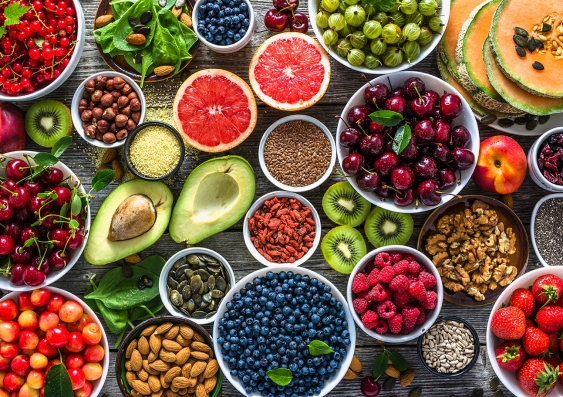 Everyone has heard of the good old saying: ‘An apple a day keeps the doctor away’.

It’s a phrase that suggests that apples were perhaps the first to be labelled as a ‘superfood’, long before that term became popular.

But now, not a week goes by without a new superfood trending on social media, promising to deliver astonishing health benefits. Recent crazes include quinoa, chia seeds and kale.

The most important thing, though, is whether eating something like kale four times a week really does support your bone health. Or did someone just pull off the greatest marketing campaign ever?

Food and nutrition expert, Associate Professor Jayashree Arcot from UNSW School of Chemical Engineering, says the term superfoods is sometimes thrown around loosely by ‘lifestyle gurus’. While there is no universally agreed definition for ‘superfoods’, there is an appreciation of the health benefits due to the presence of bioactive substances and compounds found in them.

“Scientifically, there is no such thing as a superfood – they’re basically referring to nutrient-rich foods or compounds that have properties that can impact health - but with a noticeable label,” Associate Professor Arcot says.

“However, the term can unfortunately mislead people into thinking that certain foods have incredible nutritional and health properties and consuming them can solve every health problem.

“While there is no singular food group that holds the key to unlocking great health benefits, we do know that some foods are better for us than others. As we become more focused on looking after our health, naturally we start to pay more attention to what we eat.

“Food alone cannot address health concerns – but it can play a role as part of a holistic treatment plan. If the goal is to lose weight, eating a superfood like blueberries will not achieve that on its own.

“However, it's finding the balance of the right combination of these foods and in moderate quantities, for it to have some sort of a health impact.” 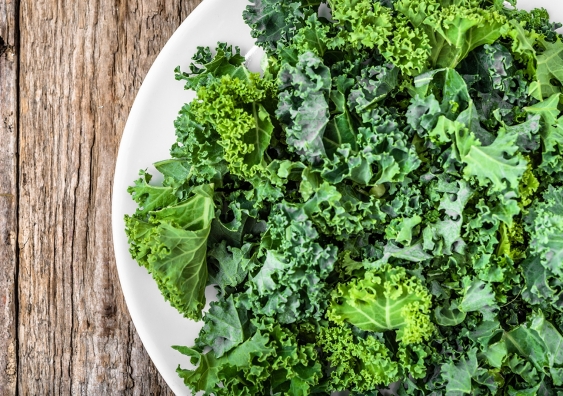 Kale, one of many cruciferous vegetables, is rich in nutrients such as antioxidants, vitamin C and iron. Photo: Shutterstock

Not a superfood to everyone

Rewind back about five to 10 years ago, before the term ‘superfoods’ became trendy, the phrase ‘functional foods’ was used in the food and health community.

Functional foods are used in the context of foods that are beneficial physiologically, and are likely to reduce the risk for disease development due to the addition or removal of certain nutrients.

Later, the term ‘superfoods’ was introduced to describe foods with targeted health benefits.  However, A/Prof. Arcot says every food can be classified as functional – since they all have some effect on the body.

“We’re aware drinking milk, which has high concentrations of calcium, is great for strengthening our bones and teeth, or that eating foods high in vitamin A works wonders for our eye health,” she says.

“On one hand, foods high in fat are usually avoided due to the risk of increasing cholesterol. But that would become very important to someone who is already at high risk because we know that there are also good fats such as avocado and chia seeds which are hailed as superfoods.”

Kale is probably one of the most common foods mentioned when superfoods are spruiked. While several studies have shown that kale contains antioxidant and anticarcinogenic potential, there is still a lack of literature evidence to conclude that consuming kale provides more health benefits than other cruciferous vegetables such as cauliflower.

“If you start eating a lot of kale, nobody’s going to tell you it’s bad for you. Unless you’re somebody that is prone to kidney stones, for instance, then you’re probably having too many oxalates – a compound found in leafy vegetables when you’re advised to have less of it in your diet,” says A/Prof. Arcot.

“So there really isn’t a one-size-fits-all approach to this.”

Can superfoods still come to the rescue?

A/Prof. Arcot says we need to pay close attention to the nutritional profile of the food to determine whether it’s the right fit for the health concern we’re addressing.

“There’s no denying that having a balanced diet is good for a person’s overall health,” she says.

“For example, the Mediterranean diet is a heart-healthy eating plan which includes foods such as whole grains, fruits, vegetables and seafoods, and is believed to support brain function and promote heart health.”

A/Prof Arcot says the compounds found in some foods have the potential to prevent or delay the onset of some chronic illnesses, such as coronary heart disease – which have underlying inflammatory reactions in the body.

“Raspberries, blueberries, blackberries and cranberries are a nutritional powerhouse of vitamins, minerals, fibre and antioxidants and while these properties may address inflammation, they cannot be called superfoods as randomised control trials are needed to assess their efficacy in reducing inflammation.”

Sequel to the superfood story

One of the latest ‘superfoods’ is turmeric, a common spice used in cooking, which contains a powerful compound called curcumin known for its potent anti-inflammatory properties.

But how much of this compound do we actually need to consume before it has some effect on the body?

A/Prof. Arcot says this is a complex area and more research is needed to find out.

“Sometimes the compounds that we need only exist in minute quantities in the food we eat,” she says.

“There’s still a long way to go in terms of research before we know the exact quantities needed to bring these sorts of changes in the body. But we do know that the effects can be cumulative over time,” she says.

“It’s all about prevention of ill-health - and a healthy diet with the right foods will contribute to overall wellbeing."