Alzheimer's drug results are promising - but let's not get carried away

Clinical trial results for lecanemab are a significant step rather than a ‘historic breakthrough’, say UNSW experts in Alzheimer’s disease. 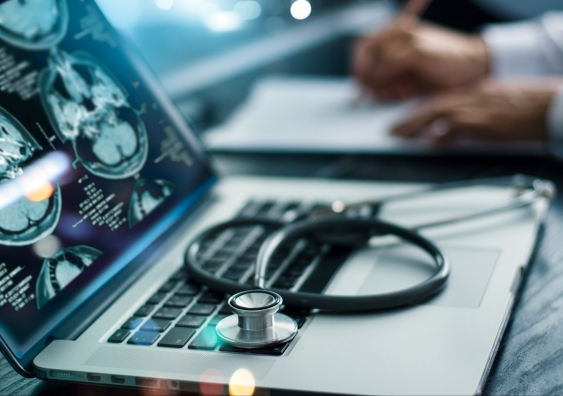 Partner companies Eisai and Biogen recently announced promising clinical trial results for their new Alzheimer’s drug lecanemab. Over 18 months, patients treated with lecanemab experienced slower symptom progression than the placebo group. These results have been described as a ‘historic moment for dementia research’ – but what do they really mean for patients?

Alzheimer’s is a degenerative brain disease that leads to dementia – a decline in memory, reasoning and other thinking skills. Disease progression can initially be very slow, with changes in the brain occurring up to 25 years before symptoms arise. However, once these cognitive issues are present, living with Alzheimer’s can be very challenging for patients and their families.

Alzheimer’s has puzzled scientists for decades

There is some contention around what alterations in the brain drive Alzheimer’s disease, with several culprits identified so far.

“What actually causes Alzheimer’s disease is not really known… There’s some debate about how and when these processes happen,” says Scientia Professor Henry Brodaty AO, Co-Director of the Centre for Healthy Brain Ageing (CHeBA) at UNSW Sydney.

One of the prime suspects is a protein fragment called beta-amyloid, which is quite sticky and can accumulate in clumps in the brain, called ‘amyloid plaques’. These clumps of protein build up around neurons – the brain cells that power thinking. The ‘amyloid hypothesis’ is a theory that amyloid plaques are the first step in the development of the disease. 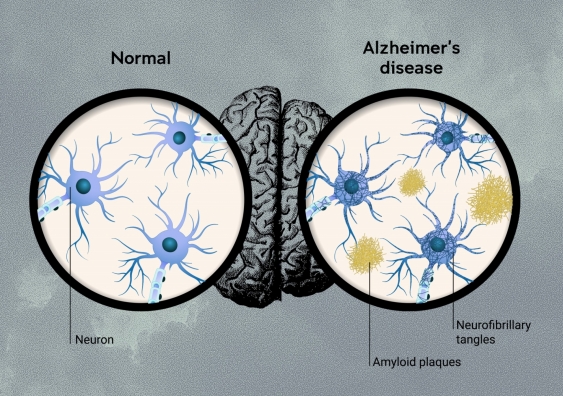 Limited treatments are available for Alzheimer’s

Most of the current Alzheimer’s drugs help to manage symptoms but can’t halt or reverse brain degeneration. They mainly work by maintaining levels of neurotransmitters – brain chemicals that neurons use to communicate with one another – which can be decreased in patients with Alzheimer’s.

“Research into Alzheimer’s treatments in the ’80s came up with the only current drugs on the market,” says Professor Peter Schofield AO, the CEO of Neuroscience Research Australia (NeuRA) and professor at UNSW Medicine & Health.

“The existing drugs only target symptoms and provide a delay in disease progression. They’re not targeting the underlying disease cause.”

Treatments that target the underlying causes of a disease are referred to as disease-modifying. The drug aducanumab, which was also developed by Eisai and Biogen, is the only disease-modifying treatment that has been approved for Alzheimer’s. Aducanumab, marketed as Aduhelm, is an antibody that targets amyloid plaques and helps the immune system to clear them from the brain.

In 2021, aducanumab was approved for use in the US by the Food and Drug Administration (FDA) but it isn't approved in other countries, including Australia and Europe. The FDA approval was highly controversial as clinical trials had failed to show that the drug caused an improvement in dementia symptoms, although the drug did clear amyloid plaques. Aducanumab treatment also led to a degree of brain swelling and/or bleeding in up to 40 per cent of clinical trial participants.

Lecanemab is a new drug that works similarly to aducanumab – an antibody that promotes clearing of beta-amyloid from the brain. However, lecanemab targets amyloid fibrils, which are smaller clumps of protein that eventually turn into amyloid plaques.

“Lecanemab is designed a little bit differently. It’s trying to remove the amyloid fibrils,” says Professor Schofield. “Why wait until you’ve got a pile of garbage – the plaque? Why don’t you just pick up bits of litter on the way?”

Eisai and Biogen reported that in their latest 18-month clinical trial, symptom scores for patients treated with lecanemab had worsened 27 per cent less compared to those given a placebo. This has been met with much excitement as, unlike aducanumab and other previous treatments, lecanemab has shown the first evidence of slowing down Alzheimer’s progression.

Read more: Half a million Australians live with dementia. That figure is expected to triple by 2050

At the same time, the limitations of these results can’t be ignored.

“These results provide a glimmer of hope in a field in which numerous previous trials have failed to achieve their primary outcomes,” says Scientia Professor Perminder Sachdev AM, Co-Director of CHeBA and Clinical Director of the Neuropsychiatric Institute of the Prince of Wales Hospital. “Whether this result is clinically meaningful is, however, still uncertain.”

Firstly, though statistically significant, the difference in symptoms between the treatment and placebo group in the trial was 0.45 points on an 18-point scale. Most clinicians in the field suggest that a greater difference is needed to impact patients’ lives, for example 1 to 2 points.

Secondly, lecanemab targets beta-amyloid build up but there are probably other contributors to Alzheimer’s progression – for example, neurofibrillary tangles. These other changes would not be fixed with this drug.

It also must be acknowledged that, like aducanumab, lecanemab causes the potentially serious side effects of brain swelling and bleeding. In this recent clinical trial, 21 per cent of the treatment group versus 9 per cent of the placebo group experienced these changes on brain MRI scan.

Finally, Alzheimer’s disease is only one of many causes of dementia, so lecanemab won’t be of benefit to those with other causes, for example vascular changes and Parkinson’s disease. In very old people with more severe dementia, there are often multiple contributing factors. The lecanemab trial did not focus on this patient group – the drug’s impact was only tested in those with early or mild dementia caused by Alzheimer’s.

Not a breakthrough, but a positive step

Despite all these caveats, these latest findings are a significant step forward for Alzheimer’s research. Lecanemab is the first-ever treatment that slows down symptom progression, even if the effect is small.

“We still have a long way to go until we have what everyone wants. A treatment for Alzheimer’s for themselves, their loved one, their parent, that is affordable and efficacious,” says Professor Schofield. “But it looks like we’ve got a first foot on the ladder.”