Excessive water extraction, not climate change, most to blame for Darling River drying

Climate change shouldn’t be used as a 'get out-of jail free' card to excuse bad decision-making and poor planning decisions. 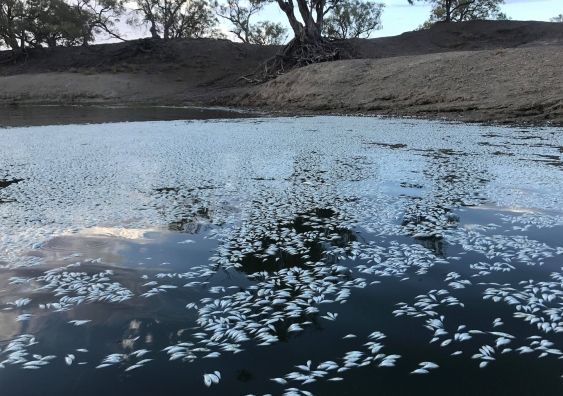 You may recall when, at the height of summer in 2019, more than a million fish floated to the surface of the Darling River’s Menindee Lakes. Iconic Murray cod and silver perch were among the dead.

A couple of months later, an expert investigation concluded excessive upstream water extractions, compounded by the ongoing drought, were to blame.

In another investigation in 2020, the Murray-Darling Basin Inspector-General reported he was informed that water theft, lack of compliance, unsustainable water extraction rules, and floodplain harvesting were driving the northern basin’s declines in stream flow – the measured volume of water flowing in a river or stream over a given period of time.

And yet, there appears to be a widely held view that we can place most of the blame of drying rivers on climate change. So what’s the truth? And why does it matter?

Read more: Water extraction is key cause of the Darling River drying: study

Our new research investigated the effects of climate change and water resource development on the Darling River over the past 40 years. We found much of the recent decline of river (stream) flow has not been because of climate change, but almost certainly a result of increased water extractions.

This is important, because naming climate change as the primary culprit for drying rivers may let water managers, ministers and irrigation lobbyists off the hook for failing to effectively control water consumption.

Our point isn’t that climate change is not happening – it’s here, it’s now and it’s global in its devastation. But, our research shows climate change shouldn’t be used as a “get out of jail free” card to excuse bad decision-making and poor planning decisions.

What we found about Baaka-Darling River water levels

The Darling river is also known as the Baaka by the Barkindji, whose Country includes Menindee Lakes.

The Baaka-Darling River has nine major headwater dams and tributaries with a total storage capacity in excess of 4,500 billion litres, about equal to nine Sydney harbours. For decades, it has had high rates of water extraction, provided by 15 main channel weirs and more than 1,000 small weirs along its 1000 kilometre or so length.

Our analyses looked back at 40 years of meteorological trends and water extractions data, then separated the effects of each on declining river flows. 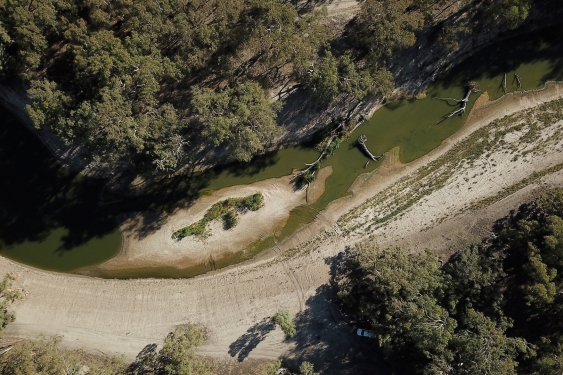 These trends reduced stream flows on the nearby, pristine Paroo River by 28%. The Paroo River has had virtually no water extractions in the last 40 years, which means that lower rainfall and higher temperatures completely explain its decline in river flows. 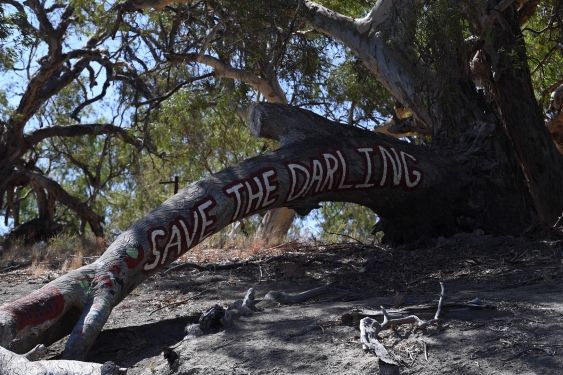 Further peer-reviewed evidence in support of our conclusion can be drawn from the large, unmetered, and possibly increasing, water extractions associated with floodplain harvesting. This harvesting may be in the order of hundreds of billions of litres per year in the northern Basin, some of which may be illegal.

This is coupled with much smaller increases in metered water extractions along the Baaka-Darling River and its tributaries over the period 2014-15 to 2017-18.

Read more: It's official: the Murray-Darling Basin Plan hasn't met its promise to our precious rivers. So where to now?

What this means for wildlife

Reduced river flows are profoundly damaging to the ecosystems of the Murray Darling Basin, and its harms accumulate over time. A key pillar of these ecosystems are waterbirds, such as herons, spoonbills, ibis and kingfishers.

In 40 years, the average decline in waterbird abundance on the Paroo River Wetlands was 50%, compared to 75% at Menindee Lakes. 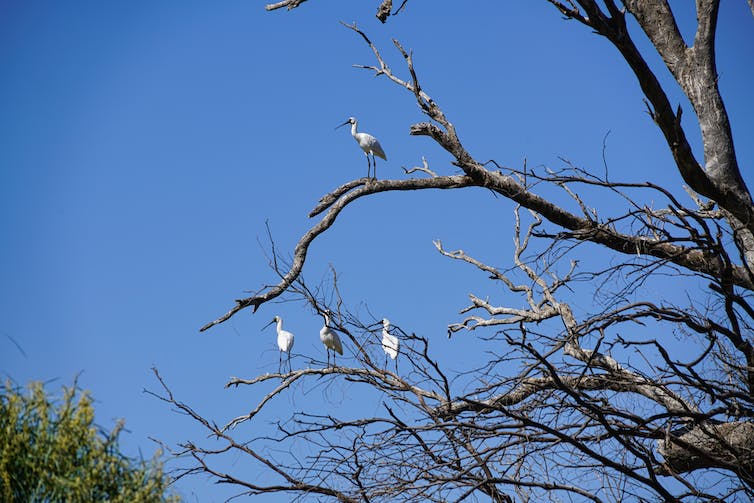 Waterbirds are a key pillar of Murray-Darling Basin ecosystems. Shutterstock

We also simulated what would happen if water were to be reallocated from irrigation to increase the flow in the river, during a drought. Our results suggest the resilience of waterbird numbers at Menindee Lakes and nearby could be improved.

Increases in river flows during drought (relative to business as usual) also supports people, as it improves the availability and quality of drinking water in downstream communities, such Wilcannia and Menindee. And it’s crucial for the habitats of fish, wetland plants, trees, mammals, frogs, and reptiles.

Understanding why our rivers are getting drier helps us to respond to both the problem of climate changes and to water mismanagement. Fundamental to water management is knowing how much water is in the entire system, where it is, where it goes, and what value it brings. The measurement technologies to answer these questions are available.

If we are to meet the key objects of the Water Act and the Basin Plan, we need to reduce water extractions and to reallocate water on this iconic river to ensure minimum river flows for downstream communities and for critically important environments.

This task is urgent if Australia is to achieve the goal of the Murray-Darling Basin Plan a decade ago: to create and maintain healthy sustainable working rivers.

The last thing Australia needs in a climate change crisis is for water ministers and their advisers to bury their heads in the sand, about what can, and must, be done to ensure a much more sustainable water outcome for all.