Is a side hustle actually worth it?

More Australians are now taking on a second job to relieve cost of living pressures. But is the extra money worth the amount of time (and tax) it takes up? UNSW Business School experts explain. 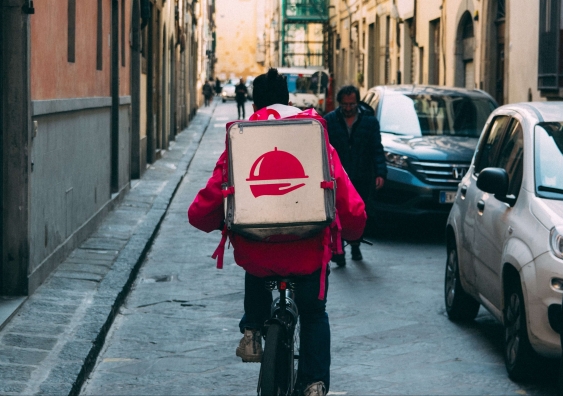 The Australian Bureau of Statistics (ABS) recently revealed that the number of Australians with multiple jobs has risen 8 per cent.This made up 6 per cent of all employed people – a massive 900,000 individuals across all industries in Australia, looking to a side gig to make some extra cash.

Dr Evgenia Dechter, a Senior Lecturer at the School of Economics, UNSW Business School is an expert in labour economics. She says this rise in people taking on second jobs is not surprising, with the pandemic opening several new opportunities for a lot of people who were looking to supplement or replace their job.

‘While we saw job transitions and business creations slowdown in 2020, it’s clearly been followed up by larger than average movements in 2022,” she explains.

Why are we seeing more second jobs in Australia right now?

Dr Dechter points out that people had more spare time to develop and implement their ideas during lockdown, while also experiencing an acceleration in adoption of technology.

“In this way, it meant an increase not just in the number of secondary jobs but also in small business creation. In addition, household savings increased substantially during lockdowns due to precautionary savings and limited spending opportunities. This, and the very low interest rates on loans, could have provided a start-up capital to those with a good business idea.”

“The willingness to work a few extra hours is also increasing due to higher uncertainty and cost-of-living.”

But while rising cost-of-living and opportunities emerging from the pandemic might have led to the rise of Australians taking up second jobs, Associate Professor Dale Boccabella, an expert in personal taxation at the School of Accounting, Auditing and Taxation, UNSW Business School points out that working a second job is nothing new.

“But there may be more opportunities these days to do this, as well as more convenience on choice of times to work the second job,” he says.

So, is a side hustle simply a no-brainer way to see money hitting your bank account and making your financial goals? Or is it more of a drain than a good way to combat the rising cost of living? Dr Dechter and Assoc. Prof. Boccabella explain how we got here, and what you need to consider in terms of tax and economic implications.

What is a side hustle?

“This distinction can be very important because a raft of beneficial rules for workers apply to the employment situation.”

Is having a side hustle a good idea?

Improving your personal finance situation through a side hustle can be a rewarding step to take, says Dr Dechter.

“At different career stages, some people may find themselves not fully satisfied with their job or occupation and want to try something different,” she says.

“Slow entry into another occupation, or becoming self-employed, while keeping the current job allows people to learn about new opportunities and new skill sets while minimising risk of income loss.”

But before you rush out to start a part-time job as a podcast host (or a side business as an influencer on your own YouTube channel), it is important to recognise that making your side hustle ideas a reality comes with challenges, as well as the extra income.

“There is more risk associated with business, as well as start-up costs,” warns Dr Dechter. “But there are also higher potential profits in the future.”

Assoc. Prof. Boccabella also advises that before taking on commitments beyond your primary full-time job, it’s also wise to think over if taking on the extra work will suit your lifestyle and existing commitments.

“Consider the amount of money received from the second job, as well as the costs associated with doing it, which should include input of time,” he says.

“You should also think about the value of the time you spend away from family and friends, and the effect of doing the second job on your primary job.” 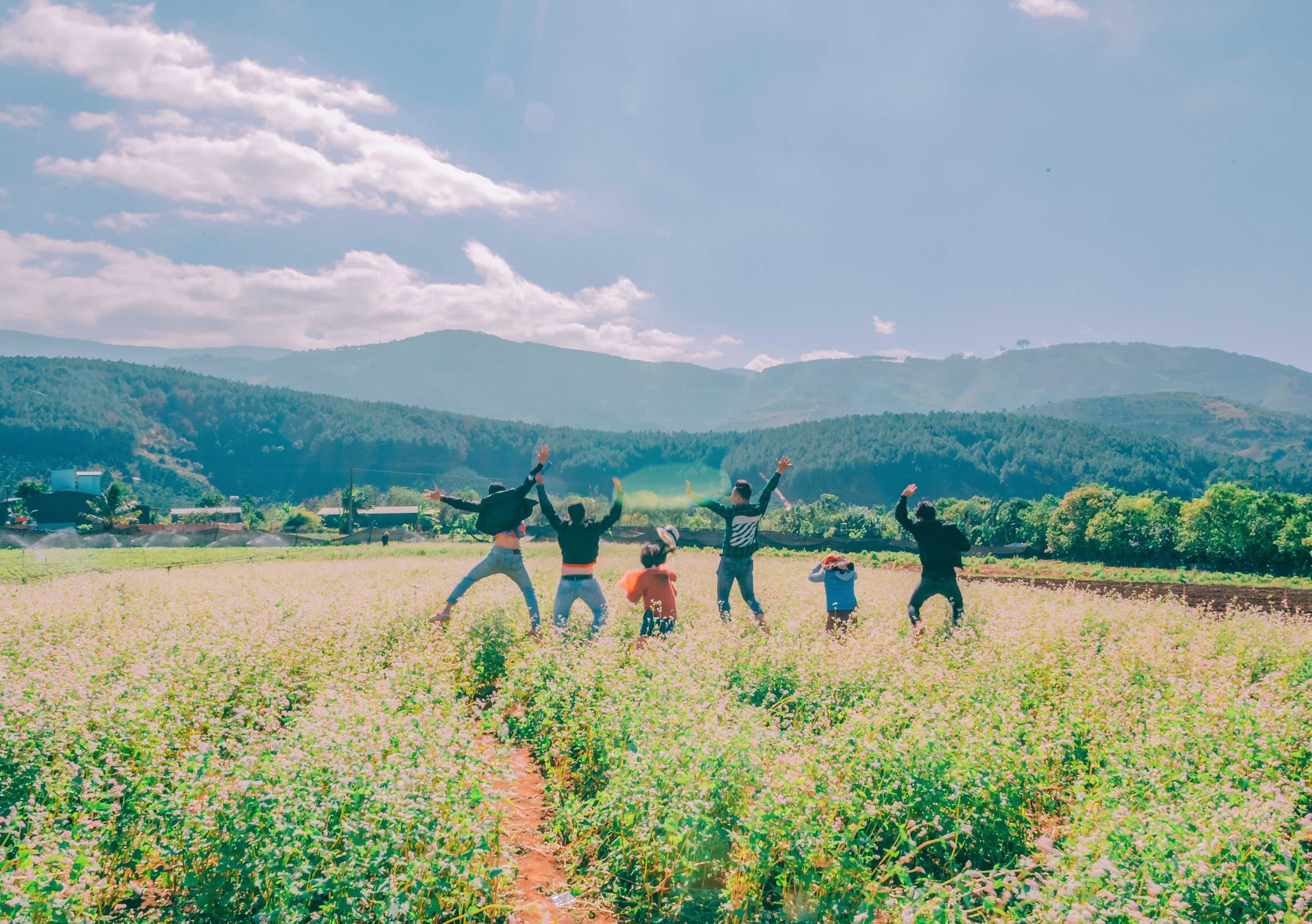 It's important that your side hustle still leaves you with time to do other things, like connect with friends and family. Photo: Min An / Pexels

I want to be a side hustler. Does it mean I’ll pay more tax?

While claims that a good side hustle isn’t worth it because of over-taxation are often made, Assoc. Prof. Boccabella says it’s one without much merit in Australia.

“If you’re employed, your employer must withhold some part of the wages payable and send it to the Australian Tax Office (ATO) as a tax contribution, in anticipation of the worker having a tax liability for the year.”

It’s a process that applies to your first, second or even third job - meaning that if the payments to the tax office (also known as Pay-As-You-Go Withholding, or PAYGW) add up to more than the tax liability (AKA what you’re supposed to pay to the ATO), the taxpayer gets the excess back as a refund.

“You can even apply to have the PAYGWs lowered from your second job during the year, if you think that the amounts withheld are going to lead to an excess above your tax liability,” Assoc. Prof. Boccabella says.

“This means you don’t have to wait for the tax return to be lodged to get back the ‘excess tax’ contributed on money made from your side hustle income or second job.”

The gig economy: what has its impact been on the rise of side hustles?

Gig economy businesses that use the 'independent contractor’ model, such as food delivery services Uber, Doordash and Lyft, or freelance platforms like Upwork or Airtasker, have given individuals the seemingly easy pathway to have a side job.

“Gig economy work gives examples of new business models and teaches consumers how to use and enjoy such services,” says Dr Dechter. “It opens the door to new businesses which can build on this knowledge.”

But as pointed out by Assoc. Prof. Boccabella, the relationship between the worker and party wanting work done has been fractious in recent times, with heated legal debate on workers' rights and employer obligations.

“Quite different pay rates can arise depending on whether the relationship between the worker and the party they are doing work for is an employment relationship or an independent contractor relationship,” he explains.

“For example, the payer may be under an obligation to make superannuation contributions for the worker.”

A gig economy side hustle can hit some legal roadblocks

Assoc. Prof. Boccabella says that the Fair Work Commission, the Administrative Appeals Tribunal and the Courts are currently filled with cases dealing with the classification of the relationship between a worker and the party they are working for.

“There have been a number of high-profile cases concerning the delivery rider situation,” he says. “A significant number of entitlements and payment obligations depend on the proper classification.”

“When the relationship breaks down (for example, the party does not want the worker’s services anymore), the worker often seeks legal advice, and the advice often is that the worker may in fact have been an employee or a deemed employee under particular legislation (such as the superannuation contributions regime).”

“It’s an area of the law that is very complex and at times it is very hard to predict how a tribunal or court will decide the case.”

Read more: Up and up: What does an interest rate rise mean for Australia?

Does more Australians having a second job mean we’re becoming more like the US?

According to the US Bureau of Labor Statistics, as of August 2022, 7,485,000 Americans have a second job. Commentators there have pointed to cost of living, inflation and a strong jobs market as some of the root causes.

When it comes to Australia, Dr Dechter points out that small low risk business or a second pay stream can deliver much needed extra income to a household. But she also says that holding a second job might not be a good sign for the overall Australian economy.

“In Australia, marginal tax rates increase more progressively than in the US, which implies that holding a second job is less profitable in Australia compared to there,” she explains.

“This means that if we do observe more Australians taking more than one job and work more hours, it could suggest that the cost of living and economic insecurity have increased too much.”

“But with Australia’s tax rate scale to become flatter for a large number of taxpayers in 2024 (due to a legislated 30 per cent tax rate all the way from $45,000 to $200,000), the argument about lower profitability of a second job will weaken.”

Dr Dechter and Associate Professor Boccabella are available to talk to media on the above topics. They can be reached at e.dechter@unsw.edu.au and d.boccabella@unsw.edu.au respectively.