Packaging local bacteria together with the seeds of native plants could replenish the vegetation of ‘dryland’ ecosystems. 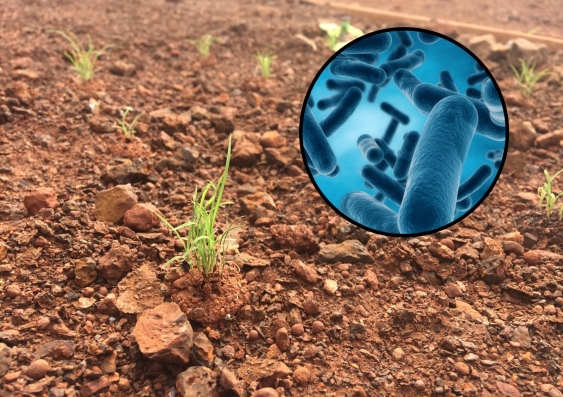 Dryland ecosystems cover around 40 per cent of land on earth and support more than 2 billion people, and, once degraded – through overgrazing or inadequate irrigation – they are difficult to restore. One technique for restoring ecosystems with native plants ‘direct seeding’ is promising, but has many drawbacks.

“For degraded drylands only around 10 per cent of directly sown seeds actually make it to establishment,” says lead author of the study published in the Journal of Applied Ecology, Frederick Dadzie, PhD candidate at UNSW Sydney’s School of Biological, Earth & Environmental Sciences. “And given native seeds are expensive and often in low supply for the scales required, this is problematic.”

Since one of the potential issues of degraded drylands is an absence of native microorganisms in the soil, the research team acquired native bacteria from undisturbed sites and grew them. They then introduced them to soil pellets that contained the seeds of native plants – a spinifex and the fire wattle (an acacia) – and planted them in degraded drylands.

Microorganisms can have macro benefits

“We found that microorganisms were very beneficial for getting the plants established, especially at the earlier stages when they were just seeds making it to a seedling. After that, the relationship was less clear,” says Mr Dadzie. 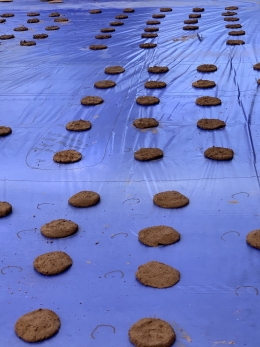 Sample pellets of soil, complete with indigenous bacteria, can be dried and paired with seeds conveniently and en masse.

After germination, however, the presence of indigenous bacteria did not influence plant survival for better or worse. In fact, the average mass of the spinifex was reduced by 11 per cent for those seeds that contained cyanobacteria.

“That microbes improve germination in degraded habitats is good news for ecosystem restoration,” says Mr Dadzie. “And what’s better: this is a simple, two-step process that can be scaled up for restoring dryland ecosystems. First, combining the seeds and soil into pellets, and second, inoculating those pellets with the microbes.”

Exactly which species of indigenous bacteria were present in the soil pellets wasn't known, but there is a range of mechanisms by which bacteria can improve (and hamper) the germination and growth rate of plants.

Read more: How spinifex gets its hole

“Microorganisms use different mechanisms to improve plant growth, both directly and indirectly. For example, microorganisms contribute to moisture infiltration and retention in soils for plants, control soil erosion and enhance nutrient availability to plants. But direct effects of microorganisms on plant growth include the secretion of plant growth-promoting hormones such as auxins that stimulate plant growth,” says Mr Dadzie.

Not only are drylands valuable as food bowls for vast numbers of people, they provide other services, too, says Mr Dadzie. “Due to the vastness of drylands, they have the highest potential to sequester atmospheric carbon and thereby contribute substantially to climate change.”

While this study was conducted at a field site, the seedlings were provided with both shade and water. In the future, the authors say similar experiments should repeat the methodology but under more naturalised conditions – with environmentally determined sun and rain.