The market has failed to give Australians affordable housing, so don’t expect it to solve the crisis

While the Productivity Commission’s critique of the national housing agreement is justified, its faith in the market is not. The Albanese government is right to invest in building social housing. 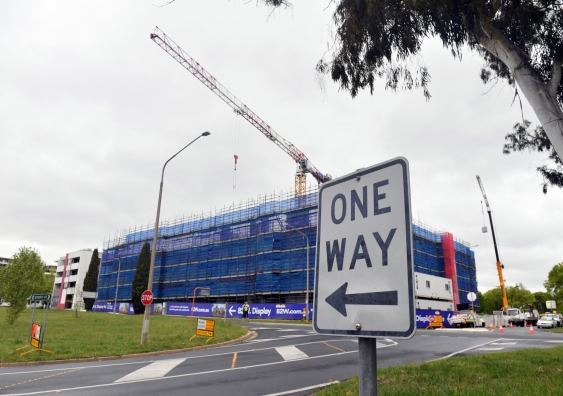 The federal Labor government has promised to craft a national housing and homelessness plan and to fund new social housing, returning Canberra to a field it all but abandoned for a decade. A new Productivity Commission report is scathing about current arrangements and calls for far-reaching change.

Yet some of the report’s key recommendations rest on faulty assumptions and outdated economic thinking. It relies on a misplaced belief that the market will respond to low-income households’ need for affordable housing. Its faith in deregulation as a cure-all is misguided.

The experience of recent decades and a wealth of research evidence instead point to the need to increase government investment in public and community housing.

The National Housing and Homelessness Agreement provides $1.6 billion a year in federal funding to the states and territories. It’s meant to improve Australians’ access to affordable and secure housing.

However, in its review of the agreement, the commission judges it ineffective and in need of a major shake-up.

With rents rising and vacancies falling, low-income private renters “are spending more on housing than they used to”. Some “have little income left after paying their rent”. Almost one in four have less than $36 a day for other essentials.

The supply of social housing – with rents capped at 25% of tenant income – has virtually halved in 30 years. Waiting lists have surged to 176,000 households. Many more are estimated to be in need.

More people are seeking emergency housing support from homelessness services. And, as the report acknowledges, more are being turned away.

The commission declares “homelessness is a result of not being able to afford housing” and governments must “address the structural factors that lead to housing unaffordability”. As experts in housing policy, economics and urban planning, we agree. Far-reaching reform is long overdue.

The report concludes, for example, that first home-buyer grants and stamp duty concessions are counterproductive and push up prices. It advocates spending these billions on preventing homelessness instead.

The report endorses a “housing first” approach to tackling homelessness – this means housing people unconditionally as the first priority before dealing with their other needs. The report also calls for early intervention programs for “at risk” cohorts, such as people leaving hospitals, prisons or out-of-home care.

So what’s wrong with the report?

The review’s terms of reference, set by the previous government in 2021, meant the commission did not consider how easy credit, negative gearing and the capital gains tax discount drive real estate speculation, inflate prices and lead to inefficient use of housing and land. Coupled with the commission’s embedded faith in market forces, these omissions skew its recommendations, especially on social housing.

Instead of more public investment to provide more social housing, the commission urges Canberra to convert its $1.4 billion-a-year support for social housing running costs through the national agreement into Commonwealth Rent Assistance. It wants to up-end the current system by replacing income-based rents with market rents across social housing.

But most of these renters would be much worse off unless there is a large rent assistance increase across the board. Recognising this, the commission advocates a top-up payment “to ensure housing is affordable and tenancies can be sustained”. Without estimating the cost, it optimistically suggests the states should pick up the tab.

The commission has neglected the broader benefits of social housing investment that delivers good-quality, well-managed homes that low-income earners can afford.

Decades of mounting rent assistance expenditure have failed to fill the gap created by the lack of a sustained national program of social housing construction since the 1990s. Research shows the shortfall in private dwellings affordable to low-income renters ballooned from 48,000 in 1996 to 212,00 in 2016.

Simple comparisons between the costs of rent assistance and building affordable homes also ignore the wider community benefits of social housing. SGS Economics recently found the return on social housing investment is “comparable to, or better than” major infrastructure projects. And economics professor Andi Nygaard estimates the “large, but avoidable, annual social and economic costs” of the affordable housing shortage will top $1 billion a year by 2036.

Why planning reform is no panacea

Underlying much of the commission’s thinking is the idea that the main cause of unaffordable housing is outdated land-use planning rules that restrict new housing supply.

The commission estimates a 1% increase in overall housing supply (implicitly achievable through planning deregulation) could deflate rents by 2.5%. But what makes this scenario implausible is the development industry’s time-honoured – but entirely rational – practice of drip-feeding new housing supply to keep prices buoyant. Even if planning relaxation could enable ramped-up construction, it’s hard to imagine that being sustained in the face of any resulting market cooling.

However, the commission argues all private real estate development, regardless of cost, will eventually trickle through to those in need. As properties are traded over time, pricier homes will “filter down” through the market at progressively lower rents.

This view defies evidence that many factors other than planning have profound impacts on housing costs and supply. New Australian research strongly suggests “filtering” alone will not make homes affordable for lower-income earners.

None of this is to deny that the planning system could be improved. But if solving housing unaffordability were simply a case of “unleashing planning reforms”, other countries would have managed it long ago.

Australians struggling to pay the rent, or even find a home, deserve a much better response from Australia’s premier economic policy agency, and one that actually reflects the dynamics of the housing system.