Can machines invent things without human help? These AI examples show the answer is 'yes'

Ada Lovelace said computers could not invent. But a century later, Alan Turing pointed out inventiveness in machines could be found in their capacity to produce surprising and innovative results. 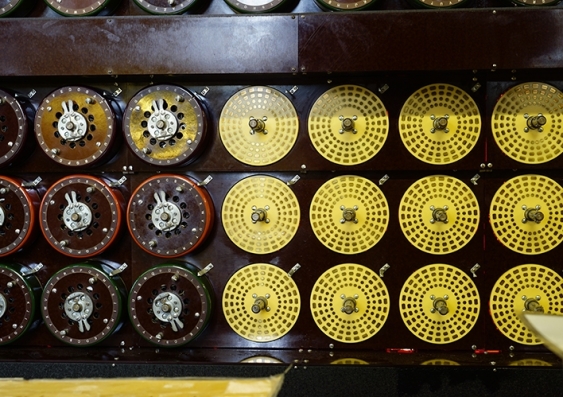 The question of whether artificial intelligence (AI) can invent is nearly 200 years old, going back to the very beginning of computing. Victorian mathematician Ada Lovelace wrote what’s generally considered the first computer program. As she did, she wondered about the limits of what computers could do.

In 1843 Lovelace wrote, in regard to what is arguably the first general purpose programmable computer:

The Analytical Engine has no pretensions to originate anything. It can do whatever we know how to order it to perform. It can follow analysis; but it has no power of anticipating any analytical relations or truths. Its province is to assist us in making available what we are already acquainted with.

And this assertion has haunted the field of AI ever since. As many critics will note, computers only do what we tell them to do. 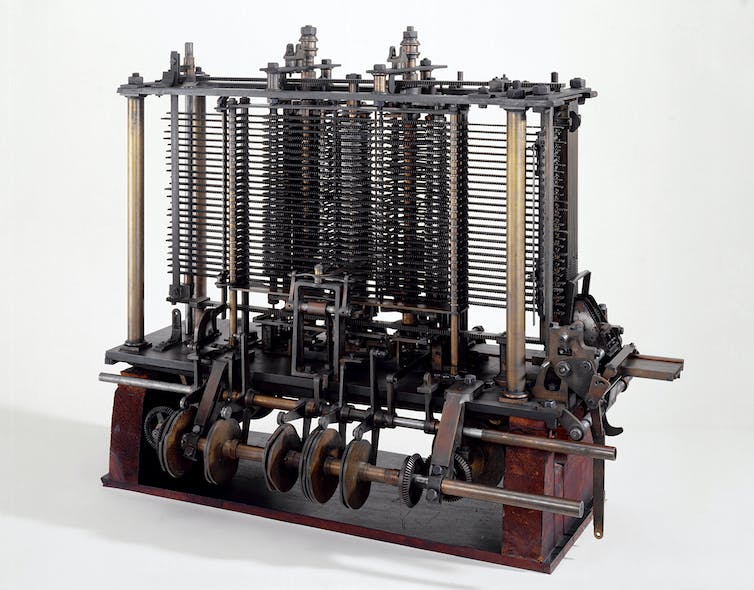 A century after Lovelace argued against machine invention, Alan Turing, one of the inventors of the electronic computer, returned to the topic. In 1950 Turing wrote what’s generally considered the first scientific paper about AI. In it, he tried to refute Lovelace’s objection:

Who can be certain that ‘original work’ that he has done was not simply the growth of the seed planted in him by teaching, or the effect of following well-known general principles. A better variant of the objection says that a machine can never ‘take us by surprise’. This statement is a more direct challenge and can be met directly. Machines take me by surprise with great frequency.

This hasn’t changed. Today, machines are increasingly surprising us. Just take OpenAI’s new ChatGPT chatbot as an example. Indeed, there’s mounting evidence AI can help humans invent – and in some cases might even be considered the inventor itself.

The question of whether machines can invent has now started to tax courts around the world. Stephen Thaler, co-founder of Scentient.ai, has filed patent applications for two inventions in which a neural network is named the sole inventor.

These applications have been rejected in almost every jurisdiction, mostly on the legal grounds that an inventor should be a human. But none of the legal cases so far have tested Thaler’s claim that the computer is indeed the sole inventor.

In an article published today in Nature Machine Intelligence, we examine Thaler’s claim. While we uncover multiple technical reasons the computer isn’t the sole inventor in this case, we also record a long history of AI being used to help people invent – and in some cases inventing itself. Here are just some examples.

In the 1980s, AI researcher Douglas Lenat’s Eurisko system (eurisko is Greek for “I discover”) invented a number of novel 3D circuits. A provisional US patent application was even filed for one of these. 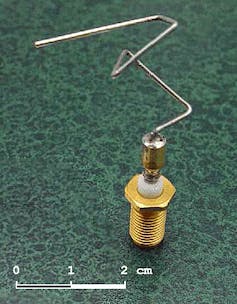 Starting in the 1990s, computer scientist John Koza applied genetic programming to invent several novel devices, including some rather bizarre radio antennae that resembled bent paperclips. One of these aerials is likely the first AI invention in space, as it flew on NASA’s ST5 spacecraft.

Although it’s not a better mousetrap, in 1998 the Oral-B CrossAction Toothbrush was invented by the aforementioned Stephen Thaler in a brainstorming session with a neural network.

More recently, researchers at the Massachusetts Institute of Technology used a deep neural network to identify Halicin – a powerful new antibiotic compound. Halicin is named after HAL, the famous AI computer in Arthur C. Clarke’s 2001: A Space Odyssey. Multiple companies with billions of dollars of funding are using AI-based strategies for drug discovery and development.

It appears AI invention is here to stay.

But is AI ‘inventing’, or helping humans invent?

The abstract idea behind how AI programs can invent is relatively simple. You define some space of concepts, and the program explores this space. The space is typically very large, maybe even infinite. Therefore considerable effort must be invested in identifying whether a part of the space is worth exploring further, as well as to confirm any promise of a new concept.

As an example, the space of concepts might be all the possible ways to bend a straight aerial. The challenge is to find which of the infinite number of ways has the best electromagnetic properties.

We asked the Jurassic-1 chatbot, a cousin of ChatGPT, to come up with a patent along the lines of one of Thaler’s patent applications. Here’s what we got:

To see if this idea was indeed original, or at least not patented, we searched the United States Patent and Trademark Office’s online database and found no patent with the words “glove” and “fractal”. It’s therefore possible that a glove with a flexible fractal gripping pattern could be patented.

Importantly, this idea was independently generated by the computer, without human help or prompts. 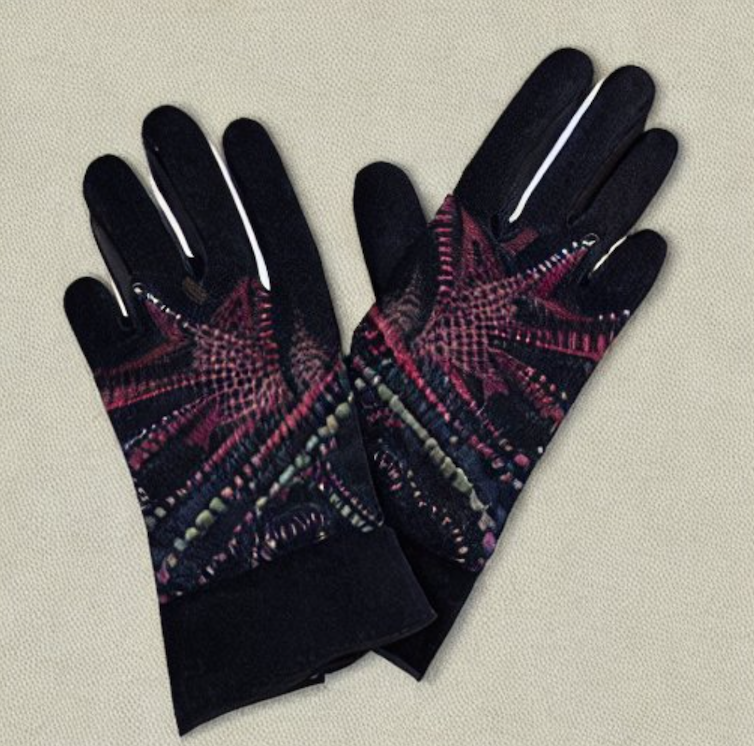 Here’s a prototype of what fractal gloves might look like as imagined by the Stable Diffusion text to image AI generator. Author provided

So where does this leave us?

Just as AI is transforming other aspects of our lives, it appears likely it will soon transform how we invent. We need to give careful thought to how the innovation system adapts to these changes. AI could reduce the time and costs associated with inventing, while also increasing the technical depth of inventions.

Will we need a new form of intellectual property to protect inventions made by AI systems? Or will patent offices be inundated with new patent applications invented with the help of (or by) AI?

Put on your fractal gloves and expect to be surprised!