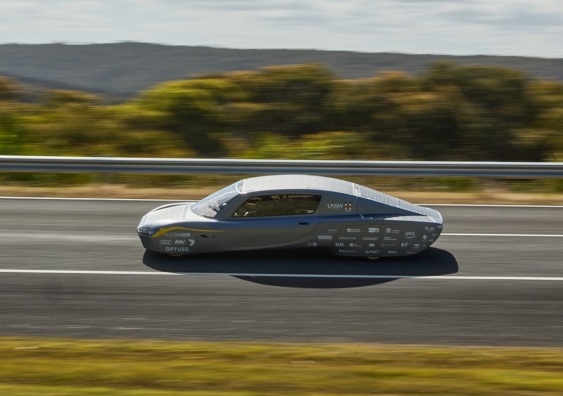 UNSW Sydney’s Sunswift 7 solar-powered electric car has claimed a Guinness World Record by going 1000km on a single charge in under 12 hours.

The car, designed and built by students, posted a verified time of 11 hours 52.08 minutes for the distance at the Australian Automotive Research Centre (AARC) in Wensleydale, Victoria.

That equates to an average speed of nearly 85km/h and secured the Sunswift Racing team the record for the ‘Fastest EV over 1000km on a single charge’.

The official honour – and Guinness World Record certificate – was conferred a few days later once timing information and car telemetry data had been analysed and confirmed by a team of experts.

Sunswift Team Manager Andrea Holden, a Mechanical Engineering student at UNSW Sydney, was delighted with the car’s performance and ecstatic to be part of a prestigious world record. 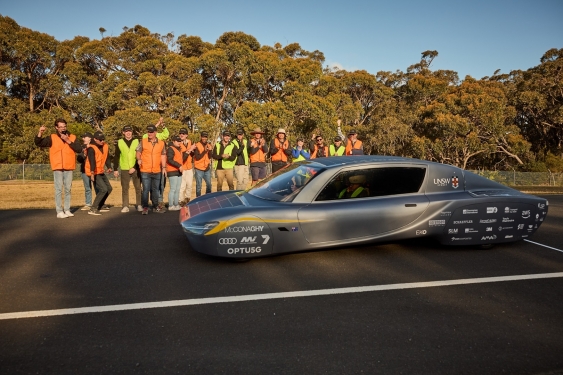 Sunswift 7 completed 1000km in a time of 11 hours 52.08 minutes. Photograph by Richard Freeman

“It feels very weird to think that we’ve helped to make something that’s the best in the entire world,” she said.

“Two years ago, when we started to build this car, everything was going into lockdown and there were a lot of difficult moments.

“But it’s been so rewarding to see the whole team come together and make so much progress and get us to this amazing point. It was a lot of work and a lot of hours and a lot of stress, but it’s all been worth it.

“This world record is validation of all the effort everyone in the team has put in.” 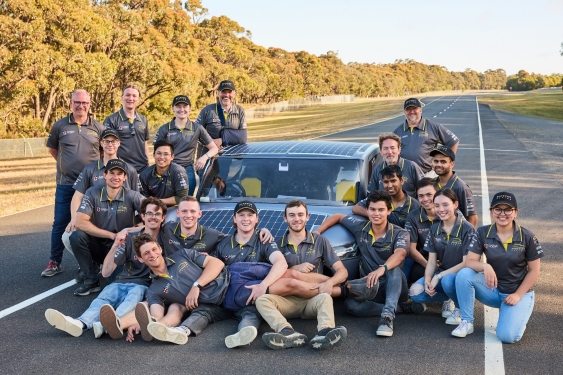 The Sunswift Racing team, made up of students from UNSW, celebrate their unofficial Guinness World Record. Photograph by Richard Freeman

Sunswift 7 is the latest in a long line of successful solar-powered cars from UNSW since the first vehicle was produced in 1996.

It weighs just 500kg, about one quarter that of a Tesla, and boasts superb efficiencies thanks to its aerodynamic design, the efficiency of the motors and throughout the drive chain, and incredibly low rolling resistance.

The record attempt was not without drama, with a battery management issue causing the car to come to a complete halt at one point. The rules of the event stated Sunswift 7 could not be stationary for more than 15 minutes at a time – and it took the team 14 minutes and 52 seconds to fix the problem and get back onto the track.

Team Principal, Professor of Practice Richard Hopkins, says the world record shows what is possible and what can be achieved, albeit with a significant weight advantage over road legal cars which require a host of features, such as airbags and an air conditioning systems, that Sunswift 7 does not include.

“This is amazing, incredible. Wow. The whole year has been leading to this point and it hasn't been plain sailing. To be honest, we had our doubts whether we were going to be able to achieve it,” he said.

“So to come here and do what we set out to do is just the most incredible feeling. I’m sure those sentiments are shared amongst the whole team.”

Sunswift 7 completed 240 laps of AARC’s Highway Circuit, equivalent to more than the driving distance from Sydney to Melbourne, to break the record. The car stopped only to allow for a change of driver every few hours – plus one tyre change due to a puncture and the nerve-wracking battery management repair. 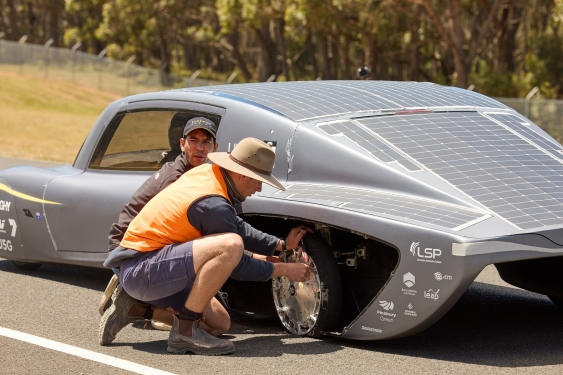 The record attempt was not without drama, including the need to quickly repair a puncture and get the car back on the track inside 15 minutes. Photograph by Richard Freeman

And Prof. Hopkins paid tribute to the student team that did such a brilliant job.

“Let’s remember, these are not the best-paid professional car makers in Stuttgart working for Mercedes. This is a bunch of very smart amateurs who have taken all the ingredients and put it together in a brilliant way," he said.

“I don’t like to call them ‘normal’ students. The reason is that UNSW is the top-ranked engineering university in Australia and this is the top engineering project within the university. So it attracts the very best.

“But these young men and women are the future and they have already demonstrated here with Sunswift what they are capable of – imagine what they will do when we let them loose on the wider world.

“This team have focused on ultimate efficiency in order to break this world record. They have shown what is ultimately achievable if you concentrate on aerodynamics, and rolling resistance and the use of smart materials. 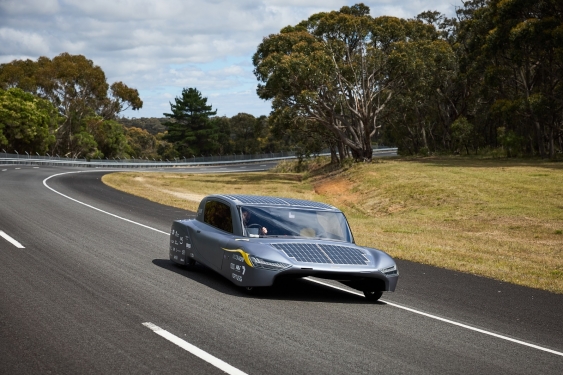 “During this record, the energy consumption was just 3.8 kWh/100km, whereas even the most efficient EVs on the road today only achieve a rating of 15kWh/100km and the average is around 20kWh/100km,” Prof. Hopkins added.

“Sunswift 7 isn’t a production car of the future, since we’ve compromised on comfort and the cost is prohibitive. But we have shown that if you want to make cars more efficient, more sustainable, more environmentally friendly, then it is possible.

“I used to work in Formula One and nobody thinks we’ll be driving F1 cars on the road in five or 10 years. But the technology they use in F1 really pushes the boundaries and some of that filters down [to regular vehicles] and that’s what we are trying to do with Sunswift and what this world record shows is achievable.”

Sunswift 7 is the latest in a long line of successful solar-powered cars from UNSW since the first vehicle was produced in 1996. Photograph by Richard Freeman