UNSW molecular cardiology pioneer Bob Graham has been elected Vice-President of the Australian Academy of Science and Secretary of Biological Sciences. 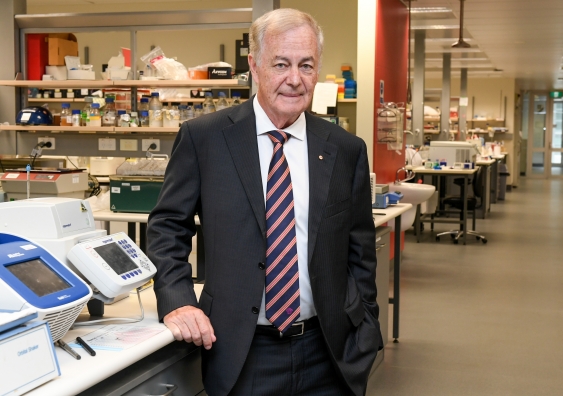 UNSW Sydney Professor Bob Graham, Head of the Victor Chang Cardiac Research Institute of Molecular Cardiology and Biophysics Division has been elected Vice-President of the Australian Academy of Science and Secretary of Biological Sciences.

Prof. Graham will commence his four-year term at the Academy on May 25, 2023. The Australian Academy of Science provides independent, authoritative and influential scientific advice, promotes international scientific engagement, builds public awareness and understanding of science, and celebrates excellence in Australian science.

“I am honoured and humbled to have been elected to this role by my peers. I have great respect for the work of the Academy, an organisation of many of Australia’s leading scientists that provides important input on scientific issues ranging from climate change to the COVID pandemic, to both governments and the public,” Prof. Graham said.

“I am looking forward to working with my colleagues and the Academy’s secretariat to further enhance its reputation and recognition by the public as the leading agency for the many scientific issues that affect our lives and future prosperity and wellbeing.”

Scientia Professor Vlado Perkovic, Dean of UNSW Medicine & Health, congratulated Prof. Graham on being elected the Vice-President of the Australian Academy of Science and Secretary of Biological Sciences.

“Prof Graham is an experienced and senior leader in cardiovascular research and will help push boundaries in this area in Australia and internationally. We are delighted to have him represent the faculty and the University,” Prof. Perkovic said.

A leading figure in cardiovascular research

“Professor Graham is a highly-regarded clinician and an important figure in cardiovascular research, both in Australia and internationally,” Professor Kovacic said.

“He is well deserving of this honour and will no doubt be a dedicated ambassador and champion for the biological sciences.”

Prof. Graham is the Des Renford Professor of Medicine at UNSW, and practices medicine at St Vincent’s Hospital, Sydney, and the John Hunter Hospital, Newcastle. His research focuses on molecular cardiology, in particular circulatory control mechanisms, hypertension, receptor signalling, and cardiac hypertrophy. More recently, his work has centred on cardiac regeneration, cardioprotection, and spontaneous coronary artery dissection (SCAD), which is responsible for approximately 25% of heart attacks in women under the age of 50 and is the commonest cause of a heart attack associated with pregnancy.