What do we know about the Voice to Parliament design, and what do we still need to know?

There has been much debate about the “details” of the Voice to Parliament, but the referendum is on the principle. 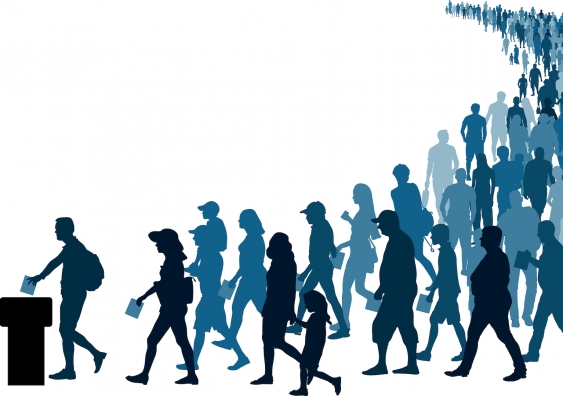 The Australian people will soon be asked to vote in a referendum to constitutionally recognise Aboriginal and Torres Strait Islander people through a First Nations Voice. Unfortunately, the political debate on this question has become mired in arguments over “detail” that are either ignorant or deceitful about the nature of the proposal, and the work that has been done on it.

Last week, a fractured Nationals Party announced it would not support the referendum because they were not convinced a Voice would “close the gap”. They also argued Labor had failed to provide sufficient “detail”.

The former Minister for Indigenous Australians Ken Wyatt accused the party of “laziness” for failing to read the detail in a 280-page report delivered to government in July 2021, a proposal Wyatt took to cabinet twice before the last election.

This rebuke didn’t stop Liberal Party leader Peter Dutton claiming there was “building bewilderment” about the lack of detail on the Voice. Special Envoy for the Uluru Statement from the Heart Senator Patrick Dodson has responded by arguing the Australian people are being asked to vote “on principle, not on detail”.

What should inform the detail?

So, who is right in this debate on detail? The answer lies somewhere in the middle. Taking a step back, let’s look at the principles that should inform how we approach the question of detail.

First, it should be informed by respect for the constitutional role of the Australian people in the referendum. They must be provided with sufficient detail about the nature and likely operation of any proposed constitutional amendment so they can make an informed choice.

Finally, any detail of the Voice must give sufficient assurance to First Nations people that the design of the body – particularly with respect to the pivotal question of membership – will be designed with their genuine input.

We need some detail, but not a specific model

Senator Dodson is right to say the Australian people are voting on the constitutional amendment – the principle that Aboriginal and Torres Strait Islander people should be given a say on laws and policies that affect them.

There is already significant detail that has been released on that, including a draft amendment to the constitution. This is what the Australian people will be asked to vote on at a referendum, not a detailed Voice model. This is also what will be constitutionally entrenched, and unable to be changed (other than by another referendum).

Beyond this, there is further debate about what the “model” of the Voice will be.

There is real danger in providing a full, detailed model of the Voice prior to a referendum (for instance, in the form of a draft bill). A complete “model” of the Voice will mislead voters and impair the constitutional function of the referendum. Voters may think they are voting on the detail of the model, and not the actual constitutional provision they are required to vote on.

Read more: The government wants to change Australia’s referendum laws. How will this affect the Voice to Parliament?

And if the referendum is successful, it would likely “lock in” that specific model (if not legally then politically). Future parliaments would be reluctant to disturb the model that was passed with the referendum, even though it wouldn’t technically be attached to the amendment itself.

This would undermine the objective of allowing the model to adapt and evolve as future circumstances require, and would also undermine the authority of parliament to do so as required.

But that doesn’t mean there should be no detail. The proposal for a constitutional First Nations Voice is the result of more than 10 years of dedicated inquiries and consultations on constitutional recognition. This history provides two important lessons.

Lesson 1: there’s a lot we already know about the Voice

First, we have significant understanding of what the Voice will be from the last 10 years of government and parliamentary inquiries. This includes the Referendum Council’s Regional Dialogues, as reported in their Final Report, the Joint Select Committee on Constitutional Recognition (2018), and the government’s Indigenous Voice Co-design Process, as reported in its Final Report of 2021.

The Indigenous Law Centre has painstakingly reviewed these reports, and determined eight key principles of the Voice design:

1) the intention of the Voice is to further the self-determination of Aboriginal and Torres Strait Islander peoples within the Australian state, by giving them greater voice and control in matters that affect them

2) the Voice is primarily a Voice to Parliament, informing the ultimate national law-making authority, but it must also be engaged with government in the development of policies and legislative proposals

3) the Voice must have a structure that represents and reflects local communities in their diversity, giving those a voice who haven’t had a voice in the past

4) the Voice must have cultural legitimacy, in that it must be selected by Aboriginal and Torres Strait Islander peoples themselves in accordance with their own local practices, protocols and expectations

5) the Voice should be designed in a way that it can achieve its functions, in particular that it is: provided with stability and certainty, without the risk hanging over it of future abolition; designed so as to be structurally independent of government; and adequately funded and resourced

6) the Voice is to be established to represent Aboriginal and Torres Strait Islander peoples politically, and while it may draw on the expertise of pre-existing organisations such as community groups and peak bodies, it performs a distinct function to them

8) the Voice must be involved at multiple points in legislative and policy processes from beginning to end.

Lesson 2: we don’t know the design yet, but we know how to get there

Wyatt has stated the detail of the Voice is to be found at pages 15-17 of the 2021 government report. However, this should be treated with caution. The 2021 process was not directed at designing a constitutionally enshrined Voice. This is clear from the terms of reference, which directed the group to work within existing structures and specifically excluded the group from considering a constitutionally protected Voice.

Most concerning, an uncritical adoption of the 2021 co-design model would be met by significant opposition from many Aboriginal and Torres Strait Islander people. Earlier this year, an ANU issues paper on the referendum summarised the co-design process, rushed through in four months during the COVID pandemic:

[T]he consultation process was rushed. Many Aboriginal and Torres Strait Islander peoples and organisations such as the [National Aboriginal Community Controlled Health Organisation] and the Central Land Council have criticised the process, arguing that there was little opportunity for participants to consider or engage with key elements of the model.

Dillon wrote that ministerial and cabinet involvement, control and ultimate veto over the process, including the involvement of departmental officials, combined with the limited terms of reference, meant the Indigenous Voice co-design process “does not amount to ‘shared decision-making’ nor to a negotiation, but is more akin to ‘managed consultation’”. The whole process created an appearance or a veneer of collaboration, while maintaining government control.

Submissions to the co-design process, including from the Central Land Council and NSW Aboriginal Land Council voiced similar concerns, and the consultation summaries reveal repeated concerns from Aboriginal and Torres Strait Islander participants about the lack of time for consultation, the availability of information, and about how members of the body would be appointed.

To secure the legitimacy and success of a constitutionally enshrined First Nations Voice, its design must be done right. It needs its own, dedicated process, where Aboriginal and Torres Strait Islander people select their own representatives and are fully apprised of the options.

This shouldn’t occur before the referendum, but the government should commit to a timeline, and the principles by which it will be conducted.