Many gardeners worry these large larvae might damage plants. But before you squish them, read this. 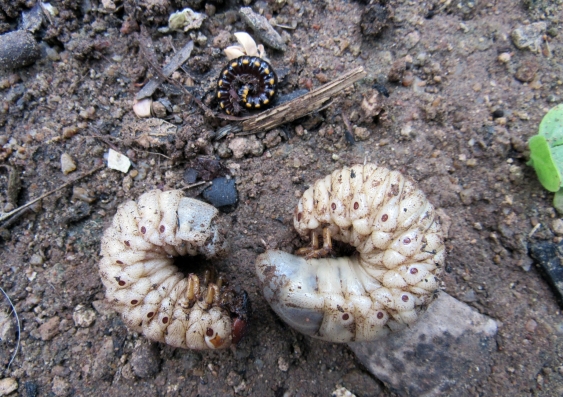 Have you ever been in the garden and found a large, white, C-shaped grub with a distinctive brown head and six legs clustered near the head?

If so, you’ve had an encounter with the larva of a scarab beetle (family: Scarabaeidae) also known as a “curl grub”.

Many gardeners worry these large larvae might damage plants.

So what are curl grubs? And should you be concerned if you discover them in your garden?

What are curl grubs?

There are more than 30,000 species of scarab beetles worldwide. Australia is home to at least 2300 of these species, including iridescent Christmas beetles (Anoplognathus), spectacularly horned rhinoceros beetles (Dynastinae), and the beautifully patterned flower chafers (Cetoniinae).

While the adults might be the most conspicuous life stage, scarabs spend most of their lives as larvae, living underground or in rotting wood. 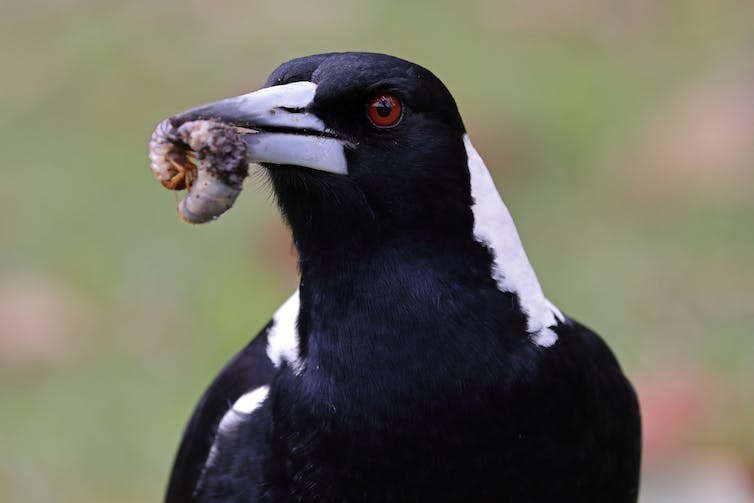 Scarab larvae can help the environment

Most scarab larvae are large and full of protein and fat. They make an excellent meal for hungry birds.

Besides being important for ecosystems, scarabs also play a role in cultural celebrations.

For example, the ancient Egyptians famously worshipped the sun through the symbol of the ball-rolling dung beetle.

In Australia, colourful Christmas beetles traditionally heralded the arrival of the holiday season.

Sadly, Christmas beetle numbers have declined over the last few decades, likely due to habitat loss.

Are the curl grubs in my garden harming my plants?

Most scarab larvae feed on grass roots, and this can cause damage to plants when there’s a lot of them.

In Australia, the Argentine lawn scarab and the African black beetle are invasive pest species that cause significant damage to pastures and lawns.

Native scarab species can also be pests under the right circumstances.

For example, when Europeans began planting sugar cane (a type of grass) and converting native grasslands to pastures, many native Australian scarab species found an abundant new food source and were subsequently classified as pests.

Unfortunately, we know little about the feeding habits of many native scarab larvae, including those found in gardens.

Some common garden species, like the beautifully patterned fiddler beetle (Eupoecila australasiae), feed on decaying wood and are unlikely to harm garden plants.

Even species that consume roots are likely not a problem under normal conditions.

Plants are surprisingly resilient, and most can handle losing a small number of their roots to beetle larvae. Even while damaging plants, curl grubs may be helping keep soil healthy by providing aeration and nutrient mixing. 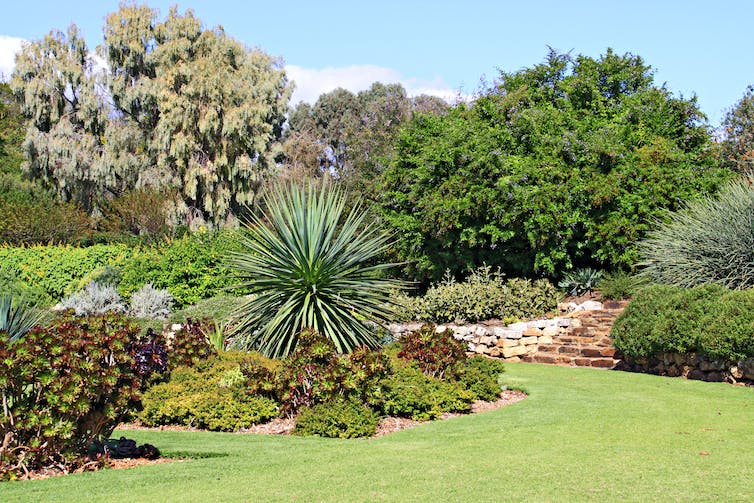 Most plants can handle losing a small number of their roots to beetle larvae. Photo: Shutterstock

How do I know if I have ‘good’ or ‘bad’ beetle larvae in my garden?

Unfortunately, identifying scarab larvae species is challenging. Many of the features we use to tell groups apart are difficult to see without magnification. While there are identification guides for scarabs larvae found in pastures, there are currently no such identification resources for the scarabs found in household gardens.

Since identification may not be possible, the best guide to whether or not scarab larvae are a problem in your garden is the health of your plants. Plants with damaged roots may wilt or turn yellow.

Since most root-feeding scarabs prefer grass roots, lawn turf is most at risk and damage is usually caused by exotic scarab species. 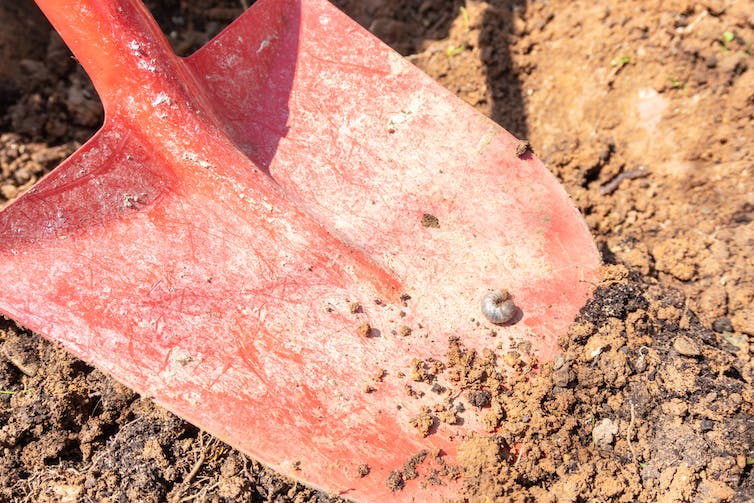 What should I do if I find curl grubs in my garden?

Seeing suspiciously plump curl grubs amongst the roots of prized garden plants can be alarming, but please don’t automatically reach for insecticides.

The chemicals used to control curl grubs will harm all scarab larvae, regardless of whether or not they are pests.

Many of the most common treatments for curl grubs contain chemicals called “anthranilic diamides”, which are also toxic to butterflies, moths and aquatic invertebrates.

And by disrupting soil ecosystems, using insecticides might do more harm than good and could kill harmless native beetle larvae.

So what to do instead?

Larvae found in decaying wood or mulch are wood feeders and are useful composters; they will not harm your plants and should be left where they are.

Larvae found in compost bins are helping to break down wastes and should also be left alone.

If you find larvae in your garden soil, use your plant’s health as a guide. If your plants appear otherwise healthy, consider simply leaving curl grubs where they are. Scarab larvae are part of the soil ecosystem and are unlikely to do damage if they are not present in high numbers.

If your plants appear yellow or wilted and you’ve ruled out other causes, such as under-watering or nutrient deficiencies, consider feeding grubs to the birds or squishing them. It’s not nice, but it’s better than insecticides.

Lawns are particularly susceptible to attack by the larvae of non-native scarabs. Consider replacing lawns with native ground covers. This increases biodiversity and lowers the chances of damage from non-native scarab larvae.

Scarab beetles are beautiful and fascinating insects that help keep our soils healthy and our wildlife well fed.