Rather than weaken or oust Lula, the riots seem to have paradoxically strengthened the president politically. 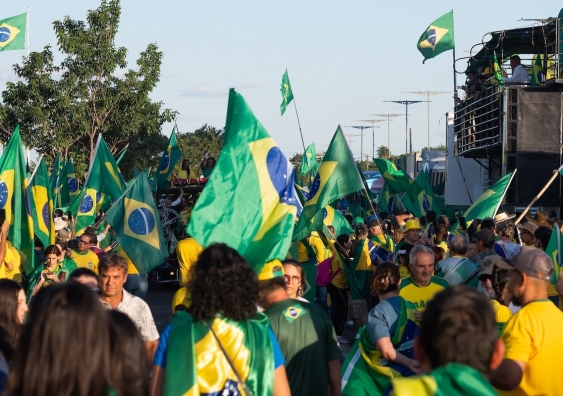 Since then, over 1,500 people have been detained.

The Governor of the Federal District, legally responsible for guaranteeing order in Brasilia and protecting the executive government’s buildings, has been temporarily ousted from his position. Also, the governor’s former military police commander has been arrested.

In this very initial post-riot moment, some early assessments can be drawn on the repercussions for current President Luiz Inácio “Lula” da Silva and for Bolsonaro supporters. Firstly, that Lula seems to be paradoxically strengthened from this.

And secondly, while there has been little support for the riots from the general public, Bolsonaristas are far from being a weak group.

What now for Lula’s presidency?

The attacks in Brasilia caused extensive material damage. However, they didn’t succeed in ousting Lula, or even in weakening his leadership.

Quite the opposite – Lula seems to be the one to have gained the most political capital in the immediate aftermath.

Even though he became president just over a week ago, this is his third time in the position. Regardless of whether one supports him or not, he has unparalleled experience in how to portray a position of power and confidence. He’s also known as an incredibly skilled politician with a particular ability to build political bridges.

A day after the attacks, Lula convened a meeting in Brasilia attended by all of Brazil’s 27 governors, including some hardcore Bolsonaro supporters, along with members of the Supreme Court and powerful members of the Senate and the lower house.

He said the violent acts were unacceptable and those involved should be judged and punished under the law. The meeting finished with all of them walking – many hand-in-hand – from the presidential palace across to the Supreme Court (some 400 meters away) so everyone could witness the destruction first-hand.

Even if this was “just” a photo-op, it was a visible demonstration of institutional unity by members and leaders of the executive, legislative, and judiciary powers and of the federation.

Though how long this spirit will stay in place is anyone’s guess – this is politics, after all.

What now for Bolsonaro supporters?

This episode seems to have weakened Bolsonaristas, at least temporarily. But to dismiss or minimise their ongoing capacity to organise other violent events in the future would be not just wrong but dangerous. Toppling a democratic regime might be a very high bar to reach, but generating chaos and fear might be on the agenda for the next four years.

It’s important to note Bolsonaro supporters are not a homogenous group. Some are primarily against Lula or his party (the Workers’ Party), and supported Bolsonaro’s presidential bid so Lula wouldn’t win. Others have accepted Bolsonaro’s loss, even if painfully, but have carried on with their lives.

Neither of these groups were the ones vandalising public buildings or sleeping in tents outside of army walls for weeks. So far, the impression is these more “moderate” supporters do not support what took place in Brasilia.

An analysis of over two million social media posts while the riots were happening showed 90% of the public’s comments were negative towards the riots, mostly expressing sadness, fear and disgust.

So, it’s likely Bolsonaro supporters who defend the attacks on the capital are a relatively small group. Yet, they share a hardcore and radical view of Brazil.

Many of them are convinced Brazil needs to be “saved from communism”. The rioters see themselves as “true patriots”, the ones responsible for safeguarding God and family against the “red menace”. This Christmas, some Bolsonaro supporters and businesses even took issue with Santa Claus wearing red, given the association between the colour red and communism.

Right now, only a handful of political figures are openly supporting the rioters. But some members of the armed forces and the police are backing the riots. It’s not clear exactly how many police are in this camp or how willing they are to risk their jobs and support anti-democratic actions.

It’s also not yet clear whether this was the apex of violent attempts to oust Lula, or the beginning of what’s yet to come. The country is still rife with polarisation.

The challenge now in Brazil is to recreate the country’s political centre-right, which essentially evaporated in the last two elections, engulfed under Bolsonaro’s clout with the far-right. A centre-right that defends democratic values wouldn’t eliminate far-right radicals, but it would hopefully help in making them a fringe group.

Still, this is not a short term solution – if it is even a solution at all. Right now, there’s too much political tension in the air and any long-term assessments are unwise.