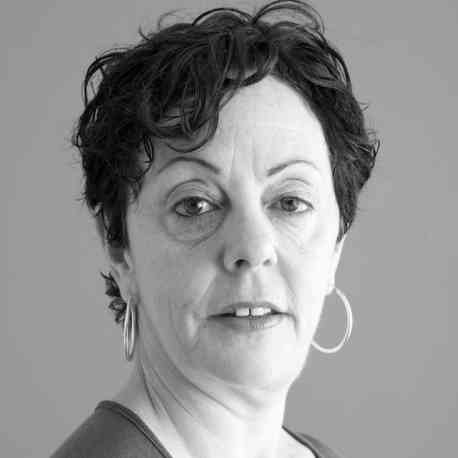 Professor, Deputy Director, National Institute for Experimental Arts (NIEA)
Anna Munster has been at UNSW Art and Design since 2001 on a full-time tenured basis. She is an active researcher with two sole published books: An Aesthesia of Networks (MIT Press, 2013), and  Materializing New Media  (Dartmouth College Press 2006). She also edited Immediation I and II ( OHP Press 2019). Her current research interests are: statistical visuality and radical empiricism, the politics and aesthetics of machine learning, more-than-human perception, new pragmatist approaches to media and art, new media art environments and ecologies; time, movement and sonicity.

Anna regularly collaborates artistically with Michele Barker. Barker and Munster have been working in multi-channel audiovisual environments exploring the relations between perception, movement and media.Their most recent work was the solo show, all the time in the world, 2019 for Ideas Platform, Artspace, Sydney. In 2017, they were commissioned for a multichannel audiovisual environment, pull, for Experimenta Media Arts: Make Sense, 2017–2020. They have been awarded New Work Grants, in 2012 and 2010 from the Australia Council for the Arts to realise their work. Other  projects include: évasion (2014), HokusPokus (2011). Duchenne’s smile (2-channel DV installation, 2009), Struck (3-channel DV installation, 2007).

Anna is the lead CI and partnered with Adrian Mackenzie (Australian National University) on a 3-year ARC Discovery Project: 'Re-imaging the empirical: statistical visualisation in art and science'. She is also currently a CI on the ARCDP 'The Geopolitics of Automation'. led by Ned Rossiter out of Western Sydney University. She is also a CI on the ARC Discovery Project "The Geopolitics of Automation" (2020–23) with Professor Ned Rossiter, Western Sydney University.

She was a partner in a large international project, Immediations, hosted by Concordia University, Montreal and funded by the Social Science and Humanities Research Council, Canada. She has held two ARC Discovery research grants in new media and art: 'The Body-Machine Interface in New Media Art from 1984 to the Present, 2003–5' and 'Dynamic Media: Innovative social and artistic uses of dynamic media in Australia, Britain, Canada and Scandinavia since 1990'.  She was also an investigator on an ARC Linkage project, 'Australian Media Arts Database', which resulted in the Scanlines national media arts database

She is a founding member of the online peer-reviewed journal The Fibreculture Journal and has co-edited two special issues on Distributed Aesthetics and Web 2.0. and on the editorial advisory board of  Inflexions, Convergence, Scan and Screen Bodies, and Computational Culture.