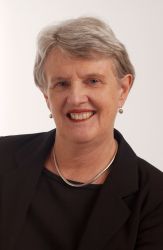 Prof Anne Burns began her career in TESOL working as an English teacher in France, Kenya and Mauritius, where she lived for five years. In the 1970s, she set up her own primary and junior high school with another colleague in Mauritius. That school, Alexandra House School, still continues today.

After she moved from the UK to Australia with her family in the early 1980s, she worked in the New South Wales Adult Migrant English Service, teaching newly arrived immigrants and refugees to Australia for eight years as a teacher, assistant principal and teacher educator. The NSW AMES is part of a national program, the Adult Migrant English Program (AMEP) funded by the Australian Government to assist new arrivals to learn English for settlement.

In 1990, she joined the Department of Linguistics at Macquarie University, Sydney, and worked in the National Centre for English Language Teaching and Research (NCELTR) as a Lecturer and Senior Lecturer. There, she coordinated the Professional Development and Research Section (1992-1998) and then became the Associate Director (1998-2003). At the same time she taught in the Department of Linguistics as a Senior Lecturer in the Applied Linguistics programs.

Some other recent appointments include Board Membership of the Extensive Reading Foundation, a non-profit organisation for the support and promotion of extensive reading. The ERF's annual Language Learner Literature Award is for the best works of language learner literature in English.

In 2006 she was appointed a member of the TESOL Research Standing Committee, and since 2009 she has been the chair of this commitee. She is also member-at large on the AILA Executive Board (International Association for Appiled Linguistics)

She was appointed as Professor in TESOL in the School of Education at UNSW from 1 July 2010.