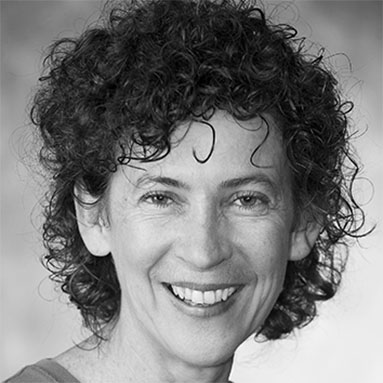 Dr Annie Cossins is an Associate Professor in Law at the Faculty of Law, University of New South Wales.  She is the pre-eminent Australian expert on legal reform in the area of sexual assault and a scholar in theoretical criminology. She is presently the holder of an ARC Discovery Grant (along with J Delahunty) entitled: "Countering misconceptions in child sexual assault cases with expert evidence and judicial directions".

She is the founder and Convenor of the National Child Sexual Assault Reform Committee - a high-level committee which was comprised of all Directors of Public Prosecution, various District Court judges, academics, and Children`s Commissioners (amongst others) which met annually for the past 8 years. A link to its discussion paper on reforms for the prosecution of child sex offences around Australia is available under Dr Cossins' publications.

Dr Cossins was also a member of the Criminal Justice and Sexual Offences Taskforce which was established by the NSW Attorney-General in 2004 after a submission by her and the NSW Rape Crisis Centre to the Attorney-General for the establishment of a taskforce to examine changes to the laws of evidence in NSW and the feasibility of specialist courts for sex offences in NSW.  As a result of this Taskforce, a number of legislative changes were made to the substantive criminal law as well as procedural laws concerning the conduct of sexual assault trials in NSW.

She was a founding member of the NSW Working Party Concerning the Confidentiality of Sexual Assault Counsellors` Notes and the main author of submissions to the NSW Attorney-General`s Department which were used as the basis for the introduction of s 126H, Evidence Act 1995 (NSW), the first sexual assault communications privilege enacted in Australia.  She was also a member of the Child Protection Internet Taskforce, Ministry of Police, 2003-2004, a member of The Innocence Panel, (NSW Ministry for Police) between 2001-2003, a member of the Child Sexual Assault Jurisdiction Working Group on Practice and Procedure (NSW Attorney-General`s Department) 2002, and a consultant to Parliament of New South Wales, Legislative Council, Standing Committee on Law and Justice, Inquiry into Child Sexual Assault Prosecutions in NSW, 2002.  She was the only academic member of the Advisory Committee of the Australian Institute of Judicial Administration on a Guide to Children Giving Evidence and as a member of this committee, co-authored the first Australian benchbook on children's evidence, published by the AIJA.  In 2005, she was nominated for the Law and Justice Foundation Justice Medal.  She is a member of the board of the Centre for Gender Related Violence Studies at the University of New South Wales and is the Chair of the Advisory Committee of that Centre.

In 2010, she organised a group of judges and lawyers from Australia to visit the New York Sex Offenses Courts. In conjunction with the NY Center for Court Innovation, she organised the tour with the aim of studying the rationale for these courts and all procedural and practical measures that were involved in their establishment. As a result of her written report, the Premier of NSW recently announced the establishment of a pilot specialist sex offences court for NSW.

She was appointed as a consultant to the Australian Law Reform Commission in 2010 to work on its family violence reference which resulted in the publication: ALRC and NSWLRC (2010) Family Violence - A National Legal Response (Final Report). Several of her recommendations were adopted in the report.