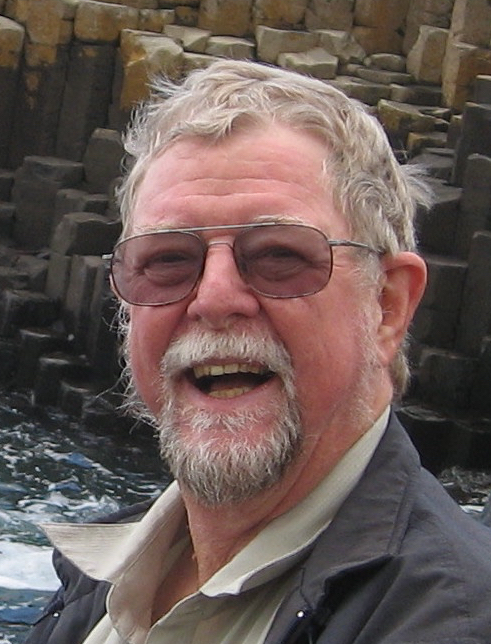 I grew up in Swansea, NSW, Australia and attended nearby Belmont High School, where I won both a Commonwealth Scholarship and a Teachers College Scholarship to put me through University.  My graduation with a BSc in Physics from the University of Newcastle was in 1964 and in 1965 undertook a Diploma in Education year at Newcastle Teachers College. Towards the end of that year I married Marilyn Dale Jackson, who was completing her teacher training at the college, and we were both appointed to teaching positions in Wollongong, NSW, Australia in 1966.

After three years we returned to teach in Newcastle for the first two terms of 1969 before heading to Canada to broaden our teaching experience with two years teaching at W.F. Herman, Collegiate Institute, a High School in Windsor, Ontario.  Teaching in Canada was lucrative and we saved enough money to take a full time year of study for me to complete a Master of Science degree in Solid State Physics. We then bought a VW Kombi from the factory in Germany and spent a year and a half to travel in Europe and North America, before returning to Australia at the end of 1973.  We both began post-graduate studies in Ecology in the School of Biological Sciences at Macquarie University in Sydney, NSW, where I completed research for my doctoral thesis in Myall Lakes National Park, graduating in 1980.  I began my University teaching in the School of Zoology, that became the School of Biological Science at the University of New South Wales, Sydney.  I progressed well and won promotion to full Professor at the end of 1996.  From 1992 I set up and was in charge of the Environmental Science Program at UNSW, Sydney.  I took early retirement in 2001 to nurse my wife  Marilyn Dale Fox, who died from Ovarian Cancer in 2002.  Although retired, I still retain a position as a Honorary Professor in the School of Biological, Earth and Environmental Sciences at UNSW, Sydney.  I continue to write up research from the 25 years that I spent working on bushfire and sandmining effects on the flora and fauna in the Myall Lakes National Park.

1994      10 day visit to Institute of Ecology in Warsaw, hosted by Polish Academy of Science.

After taking early retirement in 2001, to care for my wife until she died from ovarian cancer in late 2002, I have been concentrating my research activities on writing up the backlog of data collected by myself and my previous research students over more than two decades of research based at UNSW.  Publications over this period have been co-authored with several of these students who now have teaching and research positions at other universities.  The main focus of this research has been on trying to improve our understand of habitat use and experimental manipulations of habitat to illuminate the mechanisms involved.

DISTURBANCE ECOLOGY - studies of rehabilitation on areas following sand mining for heavy minerals, and also the effects of fluoride fallout from aluminium smelters.

FIRE ECOLOGY - the effects of wildfire and intentional burning on plant and animal communities, particularly with respect to the frequency component of the fire regime.

COMMUNITY ECOLOGY - covering a wide range of topics: competition, habitat selection, species packing and succession.  These are being investigated in small mammal, ant and plant communities.

HEATHLANDS and SHRUBLANDS - their plants and animals are another special interest , in particular, responses to the moisture gradient from the coastal to the arid zone.

BIOGEOGRAPHY - distribution and island biogeography of plant and animal groups with particular emphasis on the the effects of fragmentation of habitats and the study of remnant vegetation.

MULTIVARIATE ANALYSIS - use of multivariate methods of data analysis in plant and animal ecology, particularly multiple regression and ordination techniques.