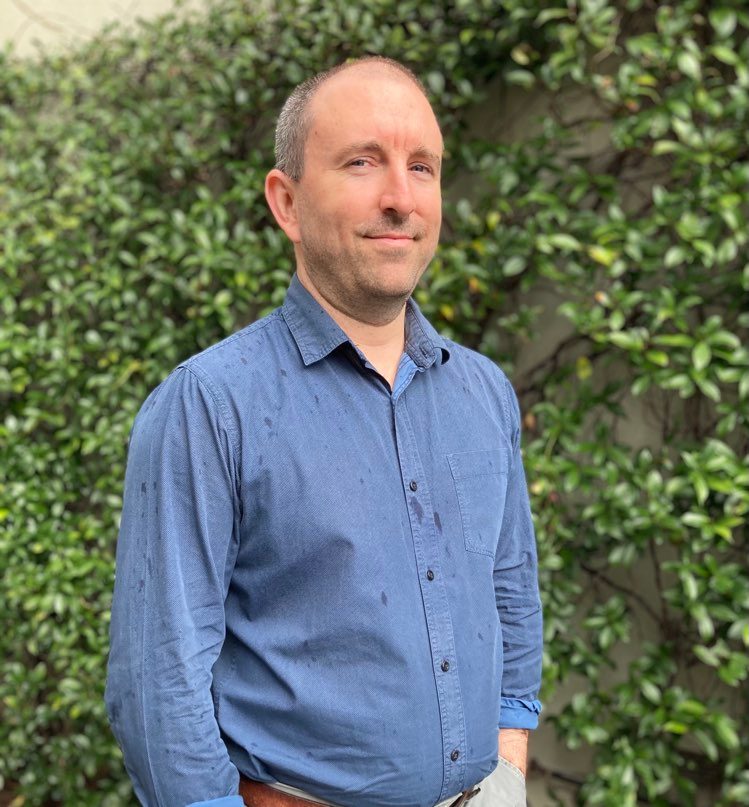 Professor Ben Golder is a Professor of Law based in the School of Law, Society and Criminology in the Faculty of Law + Justice at UNSW. Prior to joining UNSW, Ben taught law at the University of East London, University College London, Birkbeck College and New York University in London. His work is situated at the intersection of critical legal theory, contemporary political theory, and critical engagements with international law and human rights. He has published broadly in these and related fields, in two monographs (Foucault’s Law, written with Peter Fitzpatrick and published by Routledge, in 2009, and Foucault and the Politics of Law, published by Stanford University Press, in 2015) and in over 40 refereed journal articles and chapters in edited collections. Ben’s work has appeared in: Law, Culture and the Humanities; Law & Critique; Social and Legal Studies; Jurisprudence; Humanity; and, the International Journal of Law in Context.

Ben’s current book project examines the ways in which different assertions of human rights are made in the absence of a foundationalist claim about what it means to be a human being. Entitled Human Rights After Humanism: The Politics of Postfoundationalism, and under contract with Cambridge University Press, this new book asks what kinds of political and legal subjectivity are generated by thinking about human rights in the absence of the human, as such.

Ben has presented work at leading academic conferences in the United States, Canada, Europe, the United Kingdom and in Asia. He has been welcomed as a Research Visitor at the Center for the Study of Law and Society at the University of Berkeley, California, and at the Centre for Critical Legal Studies at the University of Warwick. Nationally, he is an Associate Member of the Institute for International Law and the Humanities at the University of Melbourne, a Research Associate at the Australian Human Rights Institute and a Member of the Gilbert + Tobin Centre of Public Law at UNSW. Ben is one of the founders, with colleagues in the Faculty of Arts, Design and Architecture and in the Faculty of Law + Justice, of the interdisciplinary research network Critique: A Network in Social, Political and Legal Thought.

Ben has a doctorate in legal theory from the University of London (Birkbeck College) and first class honours degrees in both law and English literature from UNSW. His current editorial roles reflect his intersecting research interests. Ben is one of the Editors of Contemporary Political Theory and is a member of the Editorial Committee of Law & Critique, as well as serving on the Editorial Board of the Australian Journal of Human Rights.

Ben actively welcomes applications to pursue postgraduate study in the areas of legal theory and jurisprudence, contemporary political theory, and critical engagements with international law and human rights. Ben is an experienced supervisor and examiner of Phd dissertations in these and related fields. Currently he is supervising topics on a diverse range of topics: a genealogy of the right to resist; a theoretical and archival analysis of the sexed, raced and gendered dimensions of Prohibition in early twentieth-century America via the work of Georges Bataille; an ethnographic account of Pakistani terror trials; and a critique of the aerial politics of migration and deportation in the Mediterranean. Beyond his intellectual interest in current and former students, Ben has a particular interest in postgraduate supervision, mentoring and career development for higher degree and early career researchers. At UNSW, Ben convenes an interdisciplinary Skillshare group of Higher Degree Research students (see here). Beyond UNSW, Ben collaborates with colleagues at the University of Melbourne and La Trobe University to deliver ‘TASC’ (‘The Academic Skills Circle’) (see here).

A former Associate Dean for Education (2017-9) in the Faculty of Law, Ben has an ongoing interest in questions of critical legal pedagogy. Along with other colleagues, he convened the first three Legal Education Research Conferences held at UNSW in 2017, 2019 and 2021 and he is a member of the Australian Progressive Legal Studies network. Ben has taught public law and criminal law and currently teaches courses on: legal theory, law and social theory, and the politics of human rights.