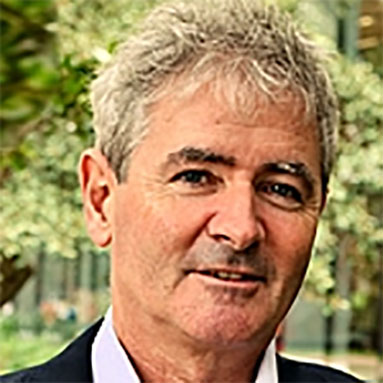 I have been a member of the academic staff at the UNSW Law School since 1989. In my time at the School, I have been Director of Teaching (1997-2000), Associate Dean (Undergraduate) (1999-2001), Head of School (2008-2012), and Director of Postgraduate Studies (2013-2016). Prior to my appointment I taught at Macquarie Law School (1982-8). I have held positions as Visitor at Stellenbosch University (2013), Warwick University (2006), National University of Ireland, Galway (1999), the International Institute for the Sociology of Law, Onati, Spain (1995) and Trinity College Dublin (1988). In 1978 was Senior Research Assistant at the National Law Centre, George Washington University. I was appointed Visiting Fellow at the European University Institute in Florence in Semester 2, 2016.

My research interests span most of the areas in which I teach, as is reflected in my books such as: The Precarious Home: Socio-Legal Perspectives on the Home in Insecure Times, Hart Publishing, Oxford (2018) (with Helen Carr, and Caroline Hunter, eds); Butt's Land Law, 7th ed, Thomson Reuters, (2017); Law and Poverty in Australia: 40 Years after the Poverty Commission, Federation Press, Leichhardt, NSW (2017) (with Andrea Durbach and Vicki Sentas); Native Title from Mabo to Akiba: A Vehicle for Change and Empowerment?, Federation Press, Leichhardt, NSW (2015) (with Sean Brennan, Megan Davis and Leon Terrill); Sackville and Neave: Australian Property Law, 10th ed, LexisNexis, Sydney (2016) (with Chris Rossiter, Pam O'Connor and Andrew Godwin), the most widely prescribed property law text in Australian law schools; and Law, Modernity, Postmodernity: Legal Change in the Contracting State, Ashgate, Aldershot, UK (2003). In addition, my research and publications cover the areas of law and social theory, and legal history. My research is also directed to the reform of housing law and property law. As well as making frequent submissions to government and law reform bodies, I have been engaged as a consultant to the New South Wales Law Reform Commission (1996), and was a member of the Board of the Tenants' Union of New South Wales from 2004-12. In 2015 I received the Vice Chancellor's Award for Teaching Excellence (Postgraduate Research Supervision). I was appointed Adjunct Professor of Law at the National University of Ireland, Galway in 2019, and Fellow of the Cambridge Centre for Property Law, University of Cambridge in 2020.