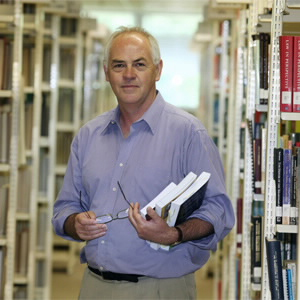 Chris Cunneen PhD (Syd), MA (Syd), Dip Ed (UNSW), BA (UNSW) is Professor of Criminology at UNSW Arts & Social Sciences and UNSW Law. Professor Cunneen returned to UNSW in 2014 where he previously held the NewSouth Global Chair in Criminology from 2006 to 2010 and worked as a Conjoint Professor at UNSW Law.

He is a Fellow of the Academy of the Social Sciences in Australia.

Professor Cunneen has a national and international reputation as a leading criminologist specialising in Indigenous people and the law, juvenile justice, restorative justice, justice reinvestment, policing, penology and prison issues, and human rights.

He has participated with a number of Australian Royal Commissions and Inquiries (including the Stolen Generations Inquiry, the Royal Commission into Aboriginal Deaths in Custody and the National Inquiry into Racist Violence), and with the federal Australian Human Rights Commission.

Until 2005 Chris taught Criminology at Sydney Law School (1990-2005) where he was appointed as Professor in 2004. He was also the Director of the Institute of Criminology (1999-2005) at the University of Sydney. Professor Cunneen has held research positions with the Indigenous Law Centre and the NSW Bureau of Crime Statistics and Research.

Membership of Professional Societies and Boards

Chris Cunneen was the Chairperson of the NSW Juvenile Justice Advisory Council (2000-2007) and a member of the New South Wales Attorney-Generals’ Taskforce on Sexual Assault in Aboriginal Communities (2002-2006). He has also acted an honorary consultant to the Australian Law Reform Commission.

He is a member of the following societies:

Professor Cunneen is a member of the editorial and advisory boards of the following journals: