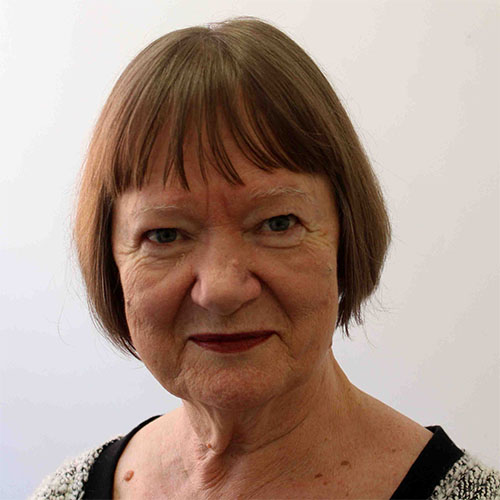 Clare Grant has been involved in the creation of new works for theatre, performance, radio and film for many years.

She worked for two years with KISS Theatre Group in Europe. Since 1987, when she was a founding member of The Sydney Front, she has been associated with several Sydney companies engaged in the devising of new works for theatre, including Sidetrack and One Extra Company. Her solo performance Woman in the Wall has been presented in Sydney and in New Zealand. She has also worked extensively in film and radio.

Clare was Co-director then Artistic Director of Playworks (1994-7). She has served on the Theatre Committee of the NSW Arts Advisory Council (1994-6) and Theatre Fund, Australia  Council (1996-99).

Other performance work includes Burn Sonata (1998) and Inland Sea (devised with and directed by Nikki Heywood) (2000), Laquiem (composed and directed by Andree Greenwell from writing by Kathleen Mary Fallon) (1999). She has collaborated with John Gillies on the live performance of Prelude to the Mary Stuart Tapes 1998 and 1999 and the film: The Mary Stuart Tapes (Melbourne and Sydney Film Festivals) (2000).

Clare has been a lecturer in performance at UNSW since 1998 and also works as freelance dramaturge, eg with post. She has made more than 12 original, research-based performance works with students at UNSW, currently the subject of written research. She has presented occasional small performances, eg for the Night-time program at Performance Space and in Fraser St’s Unco program. In 2012 she published an archival project dealing with the work of The Sydney Front, which comprises an 8-pack collection of DVDs and archival documents.

ADSA: The Australasian Association for Theatre Drama and Performance Studies