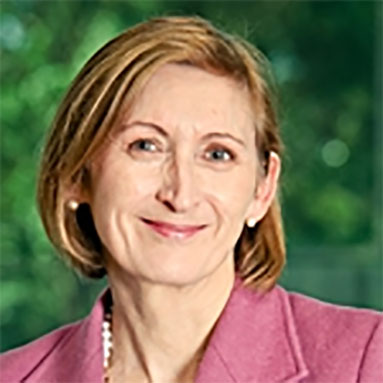 Professor Kingsford Smith’s research and publication is in the areas of corporate law and governance, financial regulation and regulatory theory and policy. The subject matter of her research ranges from director’s duties, through theory and practice of financial regulation, to empirical work on online investing and more recently the deterrent effects of enforcement using enforceable undertakings. She has published on the philosophy of fairness in financial markets and political obligation, and the idea of the ‘financial citizen’. As well as a critical appreciation of ‘responsive regulation’ in financial services, Professor Kingsford Smith has also published on the limits of financial consumer decision-making using the insights of behaviouralism and financial literacy research.

During her research career, Professor Kingsford Smith has held grants from the Australian Research Council including as chief investigator. She has held grants from other bodies and also undertaken contract research for regulatory agencies, notably ASIC and the Canadian Investment Dealers Association. From July 2016 to January 2019, Professor Kingsford Smith was the Director of the Centre for Law, Markets and Regulation, a research centre at UNSW Law.

Professor Kingsford Smith teaches in the areas of corporations law and corporate governance. In the past she has taught courses on the regulation of securities markets and online investing. She continues to teach at all levels of academic learning from undergraduate studies, through master’s degree seminars to doctoral degrees. She supervises PhD candidates on a wide range of corporate and financial regulatory topics.

Professor Kingsford Smith has also served on a variety of policymaking, professional and regulatory bodies. She contributed to the Wallis Inquiry submission of the NSW Law Society in 1996. In 2013 and 2014 she made submissions to the Senate Inquiry into the Performance of ASIC and two written submissions to the Murray Inquiry into the Australian Financial System, focusing on fairness and the position of the financial consumer. From 2011-2017 she was a member of the Code Committee of the New Zealand Financial Markets Authority. From 2007-2014 she was the inaugural independent Chair of the Conduct Review Commission, a professional disciplinary panel in the financial services industry. From early 2015 until late 2017 she was the first independent Customer Advocate to the wealth business of the National Australia Bank.

In the development of the Future of Financial Advice program Professor Kingsford Smith served on an ASIC taskforce considering the establishment of a professional standards body for financial advisers, and reforms to their education and professional formation. From 2015 – 2019 Professor Kingsford Smith was a member of the ASIC External Advisory Panel. She served on a Taskforce considering ASIC Enforcement for Australian Commonwealth Treasury (2016-2017) and was an independent expert on a panel reviewing enforcement for APRA (2018-2019).