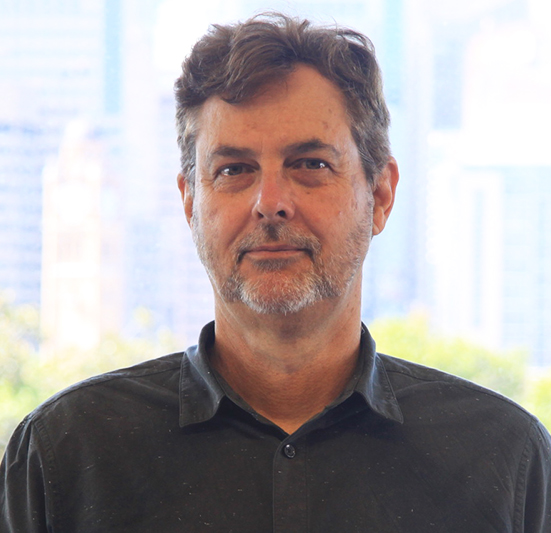 I have researched, critiqued and influenced social and economic policies over a number of years, as an advisor with the Australian Council of Social Service, a member of advisory bodies to Australian governments and academic research projects, and more recently through the needtoknow policy consultancy.

I was a member of the Australian Government's Employment Services Expert Panel (2018), and sat on the NSW Government's Housing Appeals Committee (1999-2015).

I have a long association with SPRC through research partnerships, conference presentations, and completion of a PhD thesis on the origins of activation policies for people unemployed long-term in Australia, United Kingdom, Netherlands and Denmark.

My main areas of expertise are employment assistance and the labour market, social security, taxation, and poverty and inequality (how to measure and reduce them).

I'm interested in 'realistic yet radical' redesign of employment services and tax and social security systems that simplifies, improves transparency, and includes those left behind.

Examples of my policy analysis and development work include:

I blog at www.needtoknowconsulting.org on topics such as the demise of the 'neoliberal centre', universal basic income, optimal taxation, and the redesign of social security and employment services.

Analysis of future trends in Commonwealth social expenditure, together with the cost and distributional impact of tax rate reductions.

Comparison of the likely impact on different fiscal policies (tax cuts, transfer payment increases, infrastructure investment) on growth in GDP in the event of a recession - including development of a proposal for direct public investment in social housing.

Profiled barriers to employment for participants in the jobactive program.

Surveyed participants in the jobactive program re: assistance received, experience with the compliance system, treatment by providers.

Drafted a blueprint for reform of employment services in Australia, informed by my own research and input from peak bodies representing service users and providers gathered through a series of expert seminars.

Drafted report on 'Poverty in Australia', drawing on detailed quantitative research by colleagues at SPRC on the incidence poverty among at-risk groups and aggregate trends. This was a key output of the Poverty and Inequality Partnership (PIP) between UNSW and ACOSS

Drafted ‘Inequality in Australia,’ drawing on detailed quantitative research by colleagues at SPRC on the distribution of incomes and wealth, including its key components (such as earnings, investment income, benefits and taxes), aggregate trends and drivers. This was another key output of the PIP.

Critically assessed proposals to introduce a Universal Basic Income (UBI) against the backdrop of development of social security systems for people of working age in Australia and the United Kingdom, especially the interaction between public income support and labour market regulation. Presented at Australian Social Policy Conference and Centre for Future Work.

Critically assessed and developed policies to curb tax avoidance through the use of private trusts.

Critically assessed and developed policies to improve the equity and efficiency of superannuation tax concessions, drawing a connection between the cost of tax concessions for retirees and future financing of health and aged care.

Commissioned quantitative research, and drafted a report on, the distributional effects of increases in the GST to finance personal income tax cuts.

Member of organising committee for a one-day conference of business, community, and academic representatives on directions for tax reform co-hosted by ACOSS and the Business Coalition for Tax Reform.

Developed proposals to restructure income support for people of working age (replacing pensions and allowances with a single base payment and supplement for special needs), drawing on previous policy work in this area in Australia, New Zealand and the United Kingdom (2014).

Member of organising body for the Tax Reform Forum co-hosted by ACOSS, ACTU and ACF (2010-12).

Prepared a report on activation policies in Australia for the OECD (2011, with Professor Whiteford).

Gittins R, How to multiply bang from your budget. SMH 22/6/19 http://www.rossgittins.com/2019/06/how-to-multiply-bang-from-your-budget.html