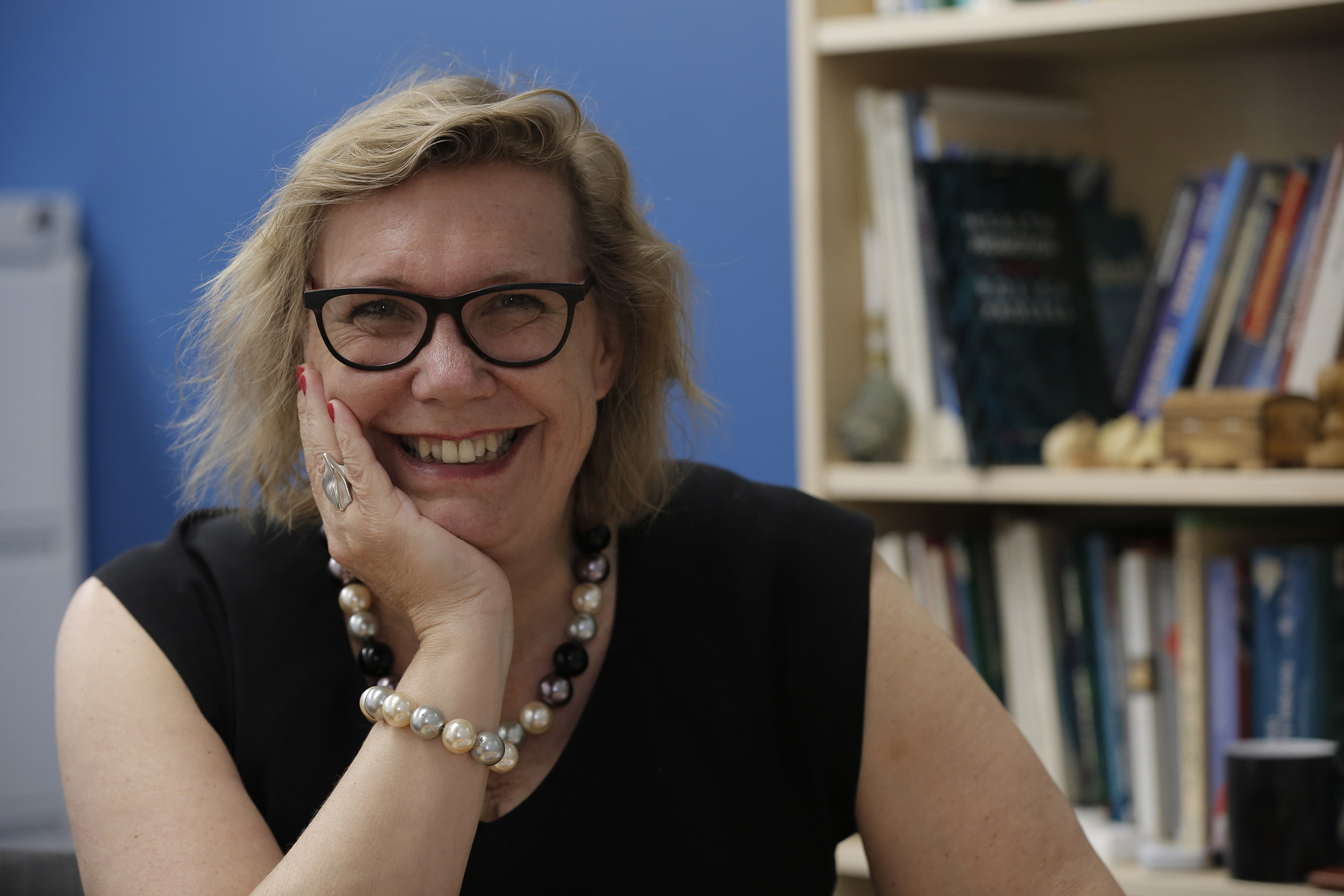 Evelyne is Professor of Urban Health and Policy and claims proficiency at the interface of cities, health promotion, and political science. Her work in this space is prolific, and she serves on a dozen global advisory groups from small community endeavours, to public sector entities, to WHO. She currently is also the Director of the HUE (Healthy Urban Environments) Collaboratory, a Maridulu Budyari Gumal SPHERE CAG, run by three universities (UNSW, UTS and WSU) and two LHDs (South Eastern and South Western Sydney).

Professor de Leeuw holds a Masters in Health Policy and Administration (University of Maastricht, The Netherlands, 1985), MPH at the University of California at Berkeley in comparative health systems research (1986) and a PhD in health political science (Maastricht, 1989).

Since its initiation in 1986, she has been active in the international Healthy Cities movement. From 1992 to 2001 she held the position of Director of the World Health Organization Collaborating Centre for Research on Healthy Cities at the University of Maastricht. She assists WHO regionally and globally in Healthy City evaluation reporting, most recently in special issues of Health Promotion International and the Journal of Urban Health. She is known for her strong engagement with local health policies and politics and is a welcome speaker at both community and research events.

She has been involved in WHO health promotion endeavours since the 1986 Ottawa Conference and attended all subsequent international health promotion conferences; at the fourth one (Jakarta, 1997) and eight one (Helsinki, 2013) she acted as conference rapporteur.

Evelyne currently holds appointments as  Visiting Professor, Université de Montréal; and Visiting Professor, Maastricht University (The Netherlands). She is WHO European Research Director for Healthy Cities. She was a member of global scientific committees of  the 2019, 2020 and 2022 IUHPE and Healthy Cities conferences and member of the IUHPE Executive Board. She was the Chair of the Global Scientific Committee of IUHPE2022.

Evelyne is Editor-in-Chief of the international peer-reviewed journal Health Promotion International and Oxford Open Infrastructure and Health and considered a leading global health promotion scholar, as evidenced by her appointments to high-level research panels (e.g., the Academy of Finland, and Science Ministries in Japan and Germany). She also edits the Palgrave Series on health political science.

She has published several books (notably on Healthy Cities with WHO, and Springer; on policy approaches to health promotion with Oxford University Press; on consumer health democratisation with Edward Elgar, and most recently on politics in public health) and over 150 peer-reviewed articles, plus several dozen book chapters. Her scholarship and writing focus on (1) methodologies for complex local health evaluations; (2) policy and governance for health innovation at the local level; and (3) action at the nexus between research, policy and practice.

In the latter area, her conceptual framework (‘nexus theories’) is used by health and medical research councils in The Netherlands, Germany and Canada to frame and assess calls for research proposals.

Though based in Australia with an admittedly Oceanic/Pacific ‘service area’, professor De Leeuw happily considers the world her oyster. She is an enthusiastic user of social media like twitter, blogging and Vimeo.