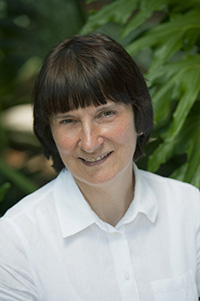 Professor Goldys is Deputy Director of the flagship interdisciplinary ARC Centre of Excellence for Nanoscale Biophotonics (CNBP) in which the ARC investment of $23,000 000 has been matched by funding from academic and commercial partners of $17,000 000 (2014 – 2021). At the Centre, she is responsible for partnerships, knowledge transfer and research commercialisation. The CNBP program has led to 15 industry-funded projects including five in industry-partnered translation, and it leveraged additional $ 155,000 000 of external funding. It also gave rise to three spinoff companies and has achieved 11 translational research outcomes, with nine more planned by 2020.

Goldys established and led the $2,000 000 ARC/NHMRC Network “Fluorescence Applications in Biotechnology and Life Sciences” (FABLS, 2004 – 2009), a major organisation of some 600 members from the academia and 49 from industry in Australia and internationally. Its key purpose was fostering of interdisciplinary research and development of linkages between industry and academia. FABLS grew research capacity of the fluorescence research community by supporting in excess of 100 research projects, valued at over $ 1,000 000.

Professor Goldys has also been a long-term International Member of Photonics4Life (a key European consortium in Biophotonics), the Center for Commercialisation of Fluorescence Technologies, University of North Texas and several EU COST actions. She founded the Optical Characterisation Facility at Macquarie University (over $2M investment), supported by NCRIS (Characterisation).  With global leaders of the biophotonics research community (B. Wilson, P. French, L. D.  Matthews, J. Popp, F. Pavone), and contributed to the setting up an international roadmap for Biophotonics, and to the preparation of the OSA White Paper "Label-free Optical Techniques for Biomedical Diagnostics and Imaging: Challenges and Opportunities for Clinical Translation".

Professor Goldys has a career total of 315 publications (2019), and her h-index is 41. She is a regular invited speaker with 50+ invited talks at conferences.

Professor Goldys’ foundational achievement in the area of advanced imaging is the establishment of a novel analytical method of non-invasive, label-free autofluorescence (AF) characterisation. The method provides a collective metabolic "fingerprint" which can be used to distinguish healthy from diseased cells in a variety of disease conditions, including cancer, diabetes and motor neurone disease. This research attracted a Eureka award in 2016 for Innovative Use of Technology, and multiple, externally funded research partnerships. This technology is now being translated to various clinical and industry end-users.

For over a decade Professor Goldys has been leading Australian research efforts centred on the development of fluorescent and luminescent nanomaterials for biological applications. She introduced a suite of nanomaterials for high contrast, background-free imaging using time-gating. She led research efforts to increase brightness of such nanoparticles using advanced approaches ranging from core-shell design to plasmonics, published in prestigious Journal of the American Chemical Society Advanced Materials and Advanced Functional Materials. Her work concerning upconversion in lanthanide-doped Gd2O3 nanoparticles has set the scene for major international activities in nanoscale upconversion, which continue to this day. Her highly internationally visible studies of upconversion in NaYF4 nanoparticles introduced theoretical modelling to understand the fundamental relation between nanoparticle size and the lifetime of upconversion emission. Subsequent to this work, the applications of upconverting nanoparticles were extended to single particle sensing, high level multiplexing, and rare event detection, published in Nature Nanotechnology, Nature Photonics, and Nature Communications.

Professor Goldys has been awarded major external research funding, including for interdisciplinary research. She has held 10 Australian Research Council (ARC) Discovery Projects, 5 ARC Linkage Projects, 12 ARC LIEF awards, and an NHMRC Project, mostly as lead applicant. She established and led the $2,000,000 ARC/NHMRC Network "Fluorescence Applications in Biotechnology and Life Sciences". She co-established and is Deputy Director of the ARC Centre of Excellence in Nanoscale Biophotonics with the ARC investment of $23,000,000 and matching funding from Centre partners of $ 17,000,000 (2014 - 2021). The Centre leveraged this investment with an additional $ 155,000 000 thus far. In total, Professor Goldys raised over $60,000,000 in competitive research funding. She is also a recipient of major funding through the UNSW Strategic Hires and Retention (SHARP)  program.

2018 Fellowship of SPIE (Society for Optics and Photonics)

Professor Ewa Goldys is internationally renowned for the development and applications of advanced fluorescence techniques to biomedicine, nanotechnology and advanced materials. Her pioneering discovery of a unique molecularly specific fluorescence “fingerprint” of cellular metabolism was recognised in 2016 with an Australian Museum Eureka Prize. Her first description of fluorescent upconverting Gd2O3 nanoparticles opened a new field of inquiry of nanoscale upconversion, and her landmark contributions to understanding their record brightness have led to next-generation cellular diagnostics. Broad recognition of her research excellence is exemplified by publications in elite journals (Adv. Mat, JACS, Nat. Nanotech., Nat. Photonics, Nat. Comm., Adv Funct. Mat), over 6000 citations of her ~ 300 publications to date (and rapid citation growth in the last 5 years), international Fellowship of the Optical Society, Fellowship of SPIE, key international society for optics and photonics, and Fellowship of the Australian Academy of Technology and Engineering.

Current projects in the area of non-invasive autofluorescence diagnostics centre on fundamental biological studies in the area of aging and rejuvenation supported by the Australian Research Council. Clinical end-user driven projects in this field centre in the areas of ophthalmology, pain management, reproductive health, neurodegenerative diseases, diabetes and cancer and in the area of commercial cell technologies. They are supported by the Australian Research Council through its Centre of Excellence and Linkage schemes, National Health and Medical Research Council, Juvenile Diabetes Research Foundation, Motor Neurone Disease Research Institute of Australia and other foundations and private companies. This work is currently being extended to other clinically relevant medical imaging modalities including computed tomography and positron emission imaging. Research in this field involves the application of the big data approach to hyperspectral and multispectral images and to clinical datasets. Feature extraction is combined with machine learning to uncover new regularities in the life sciences. We analyse and interpret data, create software, develop specialised optics hardware, and carry out imaging experiments supported by professional staff with expertise in biological techniques.

The projects in the area of cancer diagnostics, and nanomedicine develop nanoparticles allowing the administration of targeted therapeutics, radiopharmaceuticals and cancer-specific imaging. We specialise in the area of X-ray stimulated photodynamic therapy and triggered gene/drug delivery. We build these nanomaterials exclusively from clinically approved components and test them in a variety of cancer models, both animal and in-vitro. Our special strength is the development of three-dimensional cancer tissue constructs from decellularized tissue scaffolds, using bioprinting or alternative approaches. Research in the area of biosensing focuses on intelligent nanoparticles and the development of new assay platforms for in-vivo sensing.

Professor Goldys has mentored over 30 early career researchers, nine of whom have won competitive externally funded fellowships under her guidance. She supervised over 20 PhDs to completion.